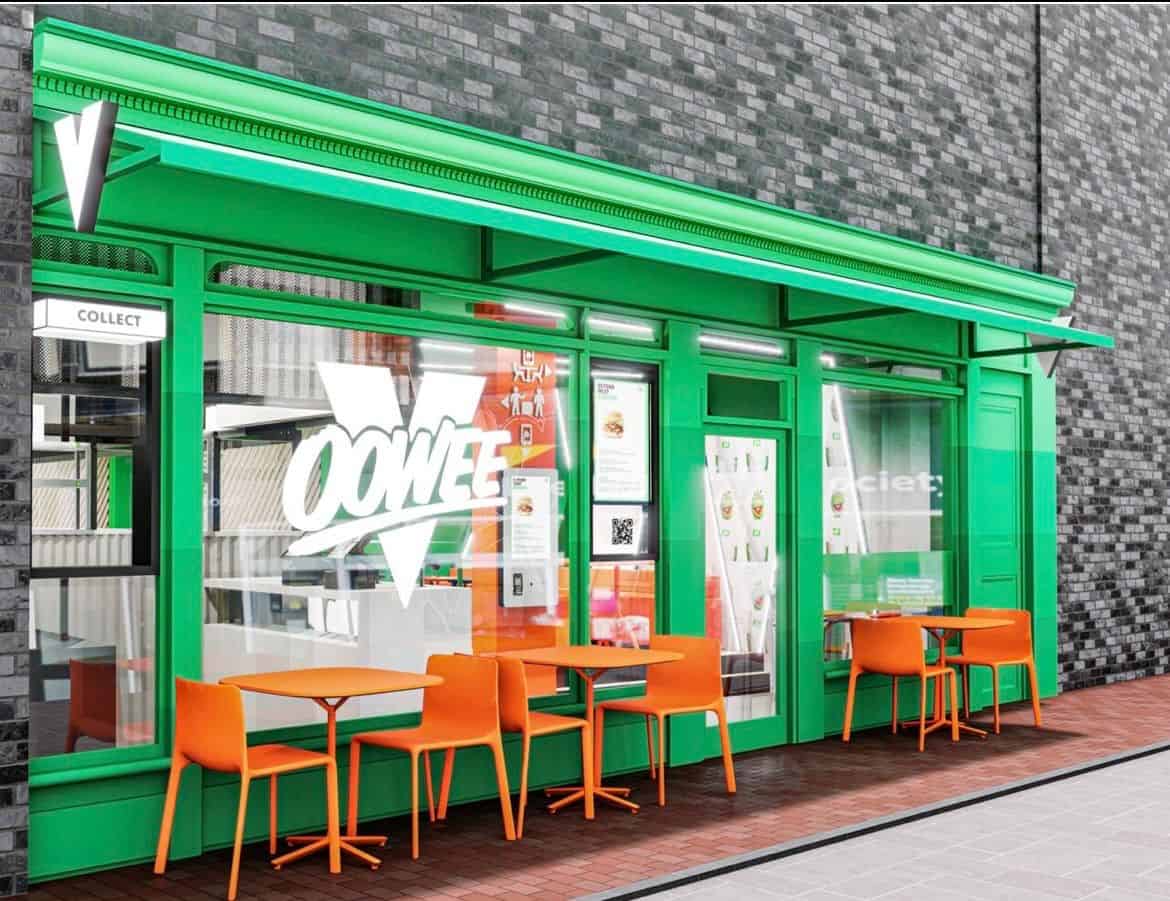 UK fast food chain Oowee Vegan has announced the opening of a new flagship store in Brighton. The chain had previously been operating in the city as a delivery-only kitchen, and had spent two years searching for a suitable restaurant location.

The new store will feature an updated design and brand identity, which will roll out at Oowee’s other locations across the country. Currently, the chain has two diners in Bristol, two in London (Brixton and Dalston), and a delivery kitchen in Manchester. Additionally, there is a third Bristol location serving some meat options alongside the vegan offerings.

The Brighton location is set to open over the summer. In the meantime, the chain has closed its virtual kitchen in the city to focus on the new store.

Success throughout the pandemic

In 2019, Oowee was awarded Best Vegan Offering and Best Restaurant by Deliveroo. The chain then saw huge success after opening its first London location in 2020, in spite of the pandemic. In an interview with vegconomist that year, Oowee said it was hoping to open several more restaurants by 2025.

When Oowee first arrived in Brighton later in 2020, it launched at Deliveroo’s delivery-only Editions kitchen, before moving to a central location at The Western Pub and Taphouse on Cranbourne Street. Now, the new Brighton restaurant will provide the chain with a more permanent base in the city.

“After a year or so of selling food virtually, I’m excited to announce that Oowee Vegan will be opening a flagship store in Brighton this summer,” said co-owner Charlie Watson on LinkedIn. “This new store will see an updated design giving the brand a new identity which we plan to roll out throughout the country. Exciting times!”