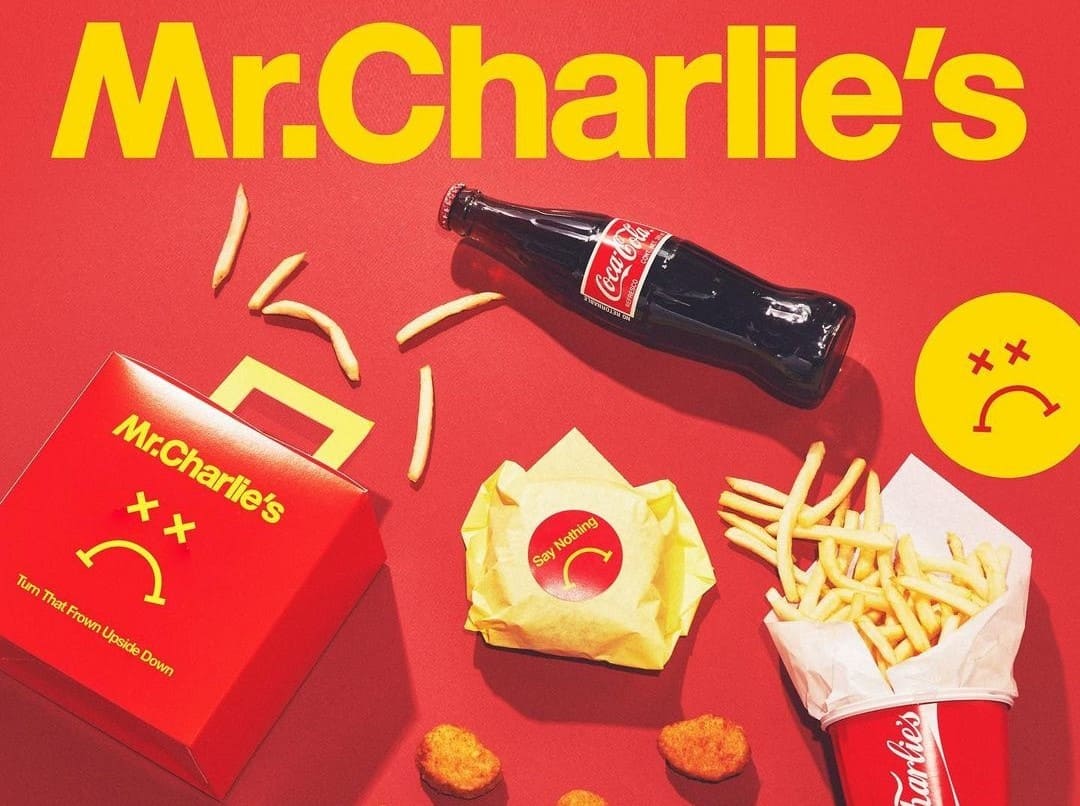 Mr. Charlie’s, an LA vegan fast-food restaurant, is causing a stir online due to its striking resemblance to McDonald’s. The fully plant-based burger joint features the iconic red and yellow branding as well as the “smile” logo famous from McDonald’s happy meals – but this time it is turned upside down.

Describing itself as “An Exhibition of Plants”, Mr. Charlie’s menu features the Frowny Meal as opposed to the Happy Meal, and McDonald’s inspired burgers made with Impossible Foods patties. The Mr. Charlie’s store can be found on 612 N. La Brea Ave, LA and is also available via DoorDash. The vegan burger joint is not the only plant-based player to pay homage to McDonald’s, with the UK’s Ready Burger also taking its cues from the fast-food giants.

Time will tell if global fast-food giant McDonald’s will take exception to Mr. Charlie’s provocative branding, with numerous lawsuits currently ongoing in the plant-based food space, including Impossible Foods vs Motif, and Meati vs The Better Meat Co. McDonald’s itself has been rolling out its long-awaited McPlant burger around the world, with a trial of the Beyond Meat-produced burger recently expanded to hundreds of new locations in Texas and California.