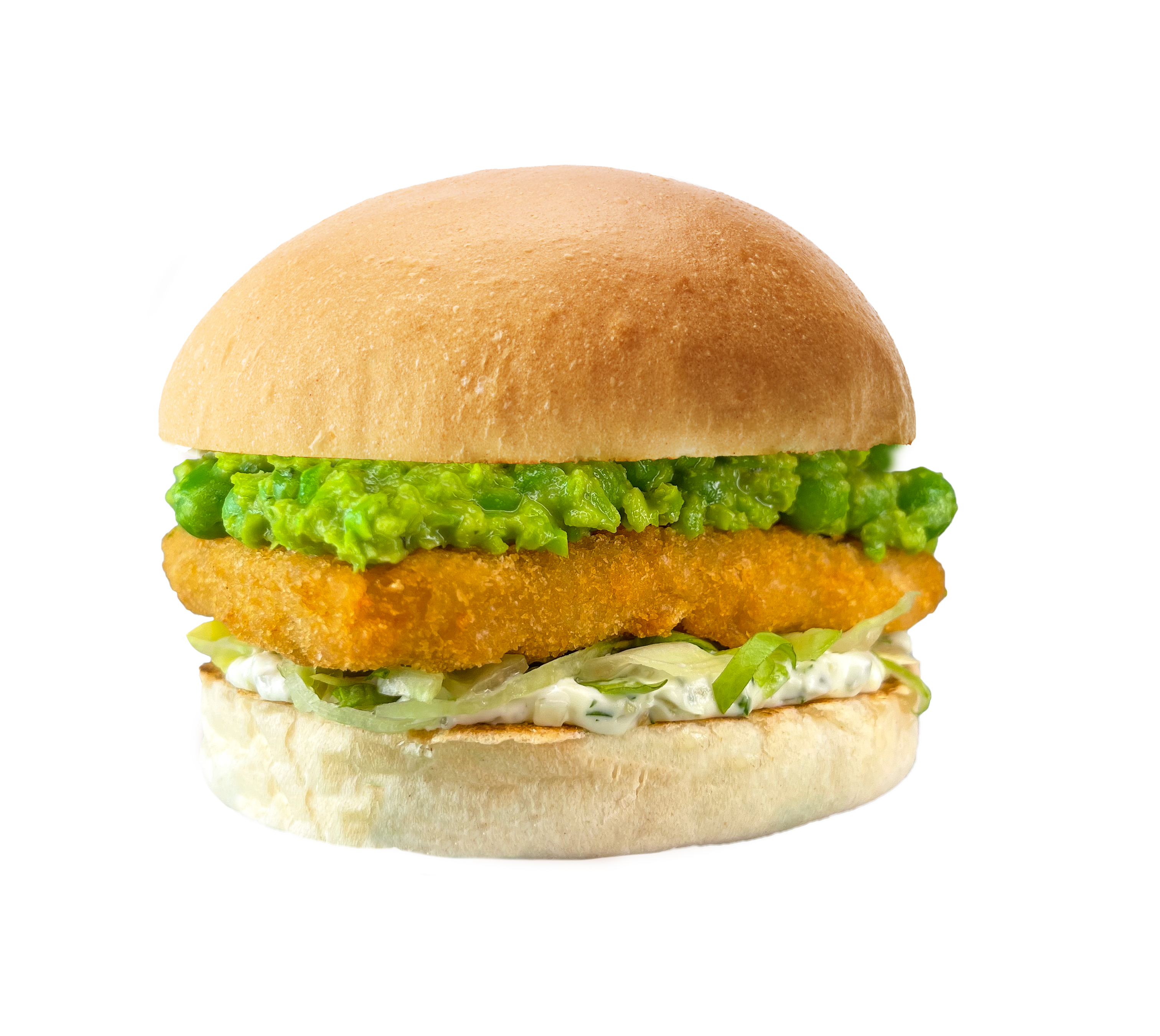 UK chain Oowee Vegan has joined forces with pioneering Asian alt-meat brand OmniFoods to offer the Ocean Burger, a vegan fish fillet burger that is described as being highly realistic.

The brands celebrated the launch by giving away 500 free Ocean Burgers on July 11. The burger is a limited-edition menu item that will be available until August 14, priced at £6.95.

OmniFoods first entered the UK last year with The Big Vegan Pig Out, a partnership with several popular restaurants that showcased three of the brand’s plant-based pork products — Mince, Luncheon (AKA vegan SPAM), and Strips. The following month, OmniFoods launched at 119 Sainsbury’s stores across the UK. This May, OmniFoods also partnered with London restaurant Vetomeato to offer free plant-based fish fillets on National Fish and Chip Day.

“The new dish incorporated with Omni Golden Fillet is for sure a delight, and we hope to empower everyone to practise sustainable diets for a good cause,” said David Yeung, co-founder of OmniFoods.

Oowee is a diner-style restaurant chain that originated in Bristol, first arriving in London in 2020 with locations in Dalston and Brixton. In March of last year, Oowee opened at the Western Pub and Taphouse in central Brighton, before announcing a year later that it would be relocating to a more permanent site in the city. Set to open this summer, the Brighton store will be Oowee’s flagship location.

“Within the next five years we’re hoping to have several more locations across the UK to bring accessible vegan food to more places,” Oowee told vegconomist. “We think it’s the perfect time to normalise vegan food for everyone and provide it as an option across the UK.”