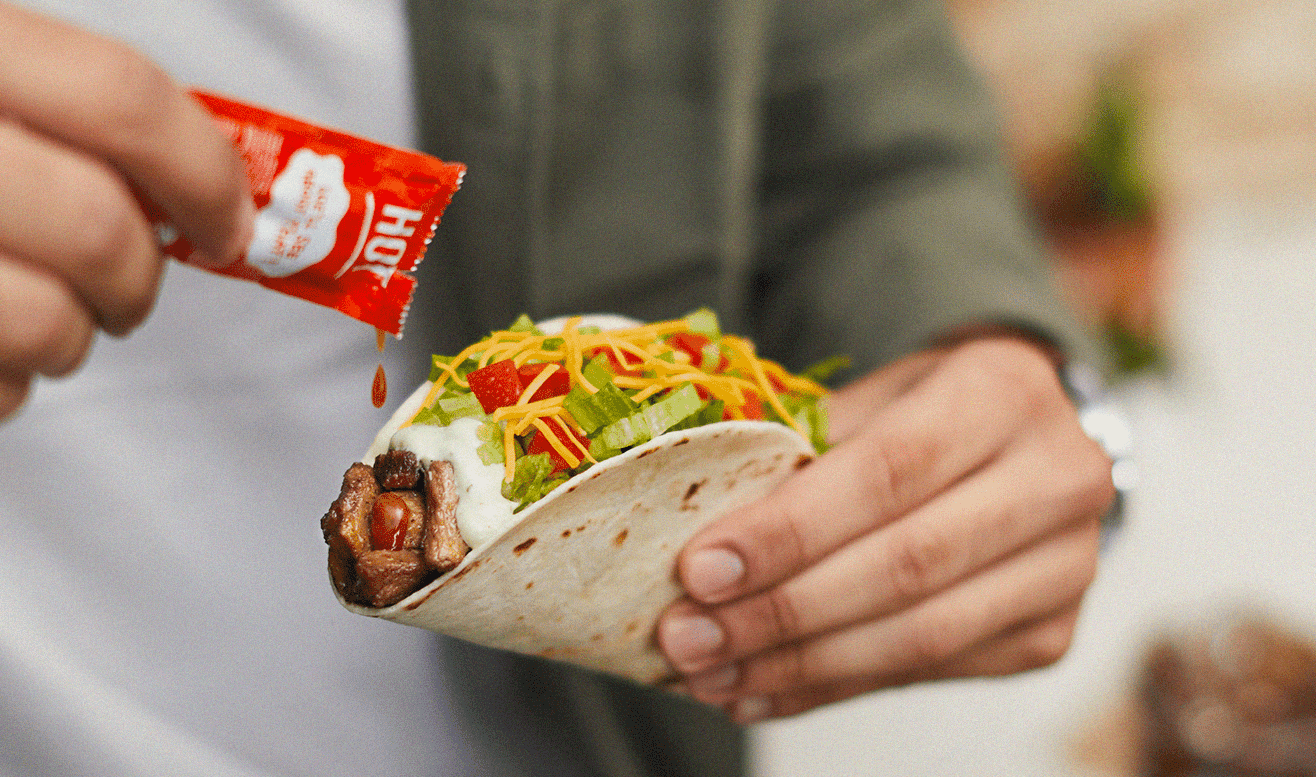 Today, Taco Bell USA reveals the results of its long-anticipated collaboration with Beyond Meat with the Beyond Carne Asada Steak.

Described as a “category-disrupting” protein, the Beyond Carne Asada Steak was created by the Taco Bell Test Kitchen and Beyond Meat’s team of culinary innovators. Intended to complement Taco Bell’s existing menu, the steak will be featured in the brand’s quesadilla, but can be enjoyed in any of the chain’s customizable menu items.

“We at Taco Bell are thrilled to reveal the result of our long-standing partnership with Beyond Meat, which is previously unseen in the QSR industry”

The steak will launch next month at 50 locations in the Dayton, Ohio area, and represents a first-of-its-kind innovation for the chain, which is also currently testing a proprietary plant-based beef in Birmingham, Alabama stores.

Additionally, the Carne Asada will be priced the same as Taco Bell’s original steak quesadilla, and there will be no upcharge for any Beyond steak substitution, as part of an effort to provide more affordable access to plant-based options.

“At Taco Bell, we’ve long believed that anyone should be able to choose plant-based menu items without compromising the flavors they crave,” said Liz Matthews, Taco Bell’s Global Chief Food Innovation Officer. “That’s why we at Taco Bell are thrilled to reveal the result of our long-standing partnership with Beyond Meat, which is previously unseen in the QSR industry. This plant-based carne asada steak is just the latest move in our history of crafting some of the most unique, craveworthy offerings for all fans.”

According to Taco Bell, the new steak is made from simple plant-based ingredients like vital wheat gluten and faba beans and is cooked with the chain’s signature spices. It is also free from GMOs or added hormones, and certified vegan by the American Vegetarian Association.

Taco Bell first announced intentions to offer plant-based meat in 2020. Since then, Taco Bell USA has tested several different versions of its own plant-based ground beef, including in the Cravetarian Taco and Crispy Melt Taco.  The Beyond partnership is over a year in the making, with Beyond and Taco Bell parent company Yum! signing a three-year agreement for plant-based menu items in 2021.

“We know that consumers are looking for diverse protein options that are better for the planet without compromising on taste, so we’re incredibly excited to launch our brand-new, innovative Beyond Carne Asada Steak,” said Dariush Ajami, Beyond Meat’s Chief Innovation Officer. “Designed to specifically complement the bold, savory flavors that Taco Bell is known for, Beyond Carne Asada Steak delivers the flavorful, delicious taste and texture of marinated, grilled steak with the added benefits of plant-based meat.”