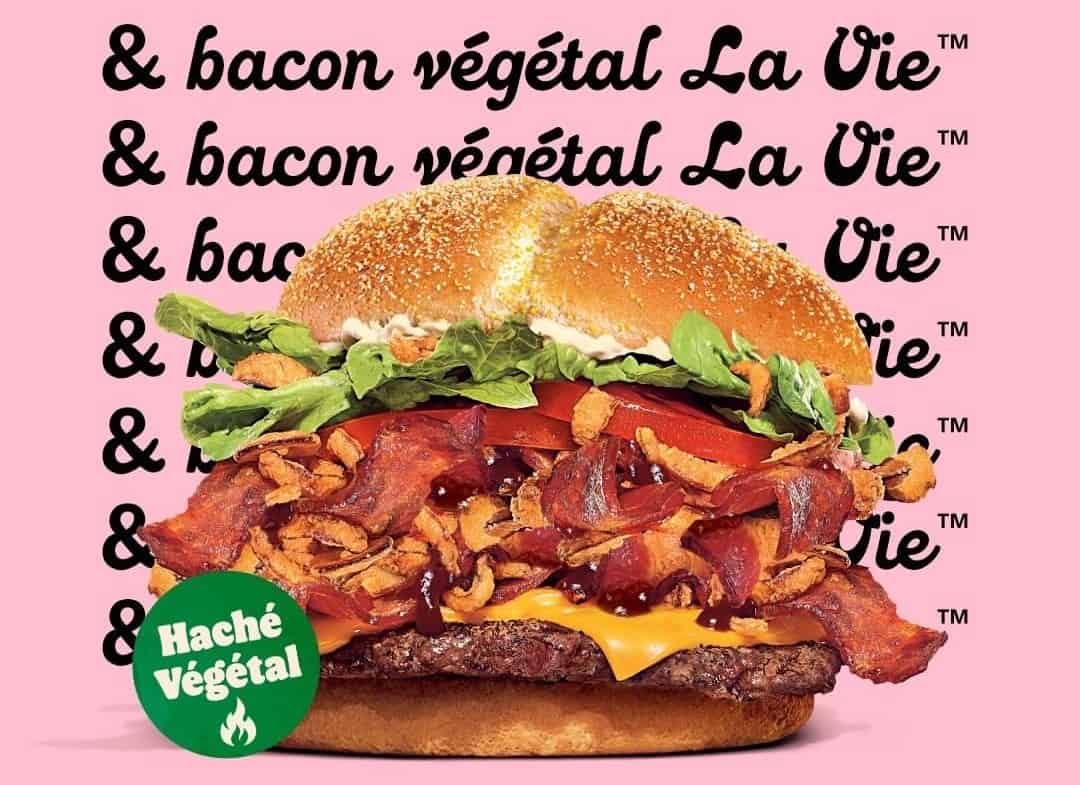 La Vie has launched a campaign asking Burger King France to add plant-based bacon to its Veggie Steakhouse burger, after discovering that the conventional Steakhouse contains bacon while the plant-based version does not.

The Paris-based vegan brand began with a social media campaign, including a doctored image showing the Veggie Steakhouse containing La Vie bacon. When this did not receive a response, the company launched a petition, which quickly gained hundreds of signatures.

Next, La Vie took out a full-page advertisement in the daily newspaper Le Parisien. The ad shows an image of a tweet sent to Burger King by a customer, saying “Sorry guys, I’m waiting for the Veggie Steakhouse with La Vie bacon”. Beneath the image is text urging Burger King to take note.

“If we keep ending up on voicemail, we have other ideas,” the plant-based brand said on social media.

Burger King and La Vie have collaborated before — last month, it was announced that the latter’s bacon would be served at Burger King’s new fully vegan London outlet, marking La Vie’s first entry into the UK market. The bacon is also available at multiple restaurants across France, including burger chain Hank, poke bowl chain Pokawa, and vegan fast-food chain Furahaa.

Recently, La Vie announced it would be opening a “virtual restaurant” in collaboration with OFC (The Original Food Court). Through the collaboration, customers can order dishes featuring La Vie bacon via Eatic, Deliveroo, and Uber Eats.

“We’re bringing you the whole world of La Vie and our favourite ways of tasting our products, without moving from home,” said the company on social media. “A culinary journey into our universe, from your couch, surely the place where you feel best. The opportunity also to see or re-see that La Vie takes veggie into another dimension. Quite simply: Some people make recipes on Insta, others make Tiktok videos, we’re opening a restaurant.”