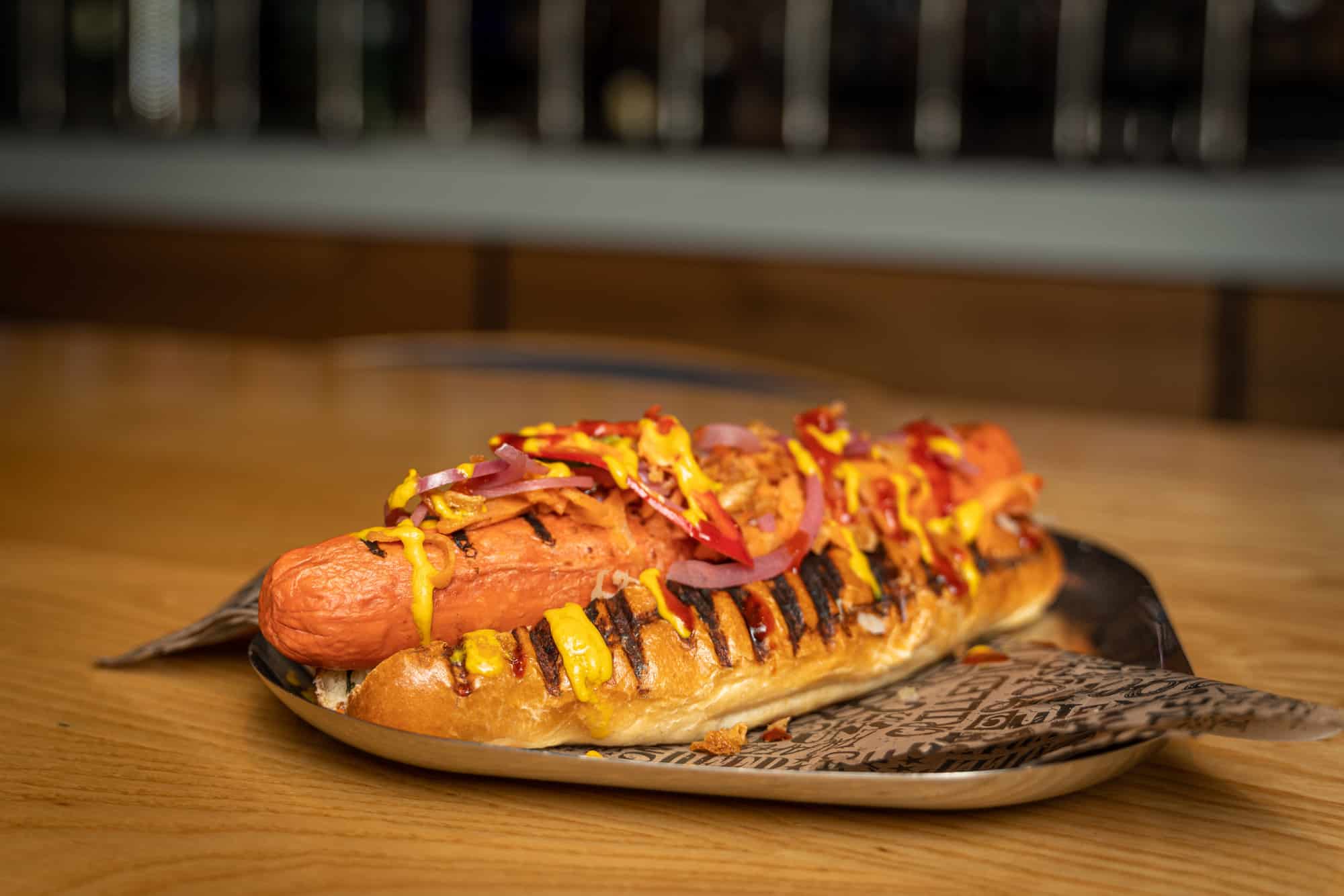 The UK’s oldest brewery Shepherd Neame recently launched a vegan hotdog called the Diggity Dog. The menu item which has “proved incredibly popular” according to the brewery, has just received an award for Best New Menu Item at the Menu Innovation and Development (MIDAS) Awards.

Made with Moving Mountains‘ soy and pea-based vegan sausages, the hotdog comes topped with crispy onions, sauerkraut, tandoori ketchup, pickled vegetables, and mustard. It joins a range of other vegan menu options offered by Shepherd Neame, including an Oumph! burger.

Head Development Chef Simon Howlett travelled to the Amba Hotel in London to accept the MIDAS award on behalf of Shepherd Neame.

“We are delighted to receive national recognition for our Diggity Dog. Since its launch, it has proved incredibly popular with vegetarians, vegans, and flexitarians, giving everyone a delicious new dish to try,” said Howlett.

“As demand for vegan cuisine continues to rise, all our menus now have vegan options including our award-winning vegan Oumph! Burger, and we have also added more vegetarian, gluten-free, and under-600 calorie options,” he added.