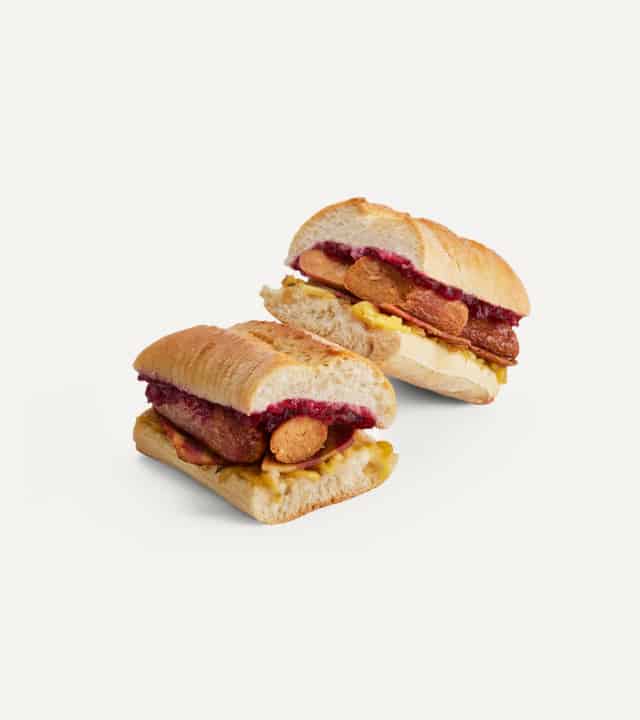 The stonebaked panini contains plant-based sausage and bacon with sage and onion stuffing, cranberry sauce, mayo, and vegan cheese. It is a vegan version of Costa’s popular Pigs Under Blankets panini.

Costa has been gradually increasing its plant-based options in recent years, launching a vegan bacon breakfast roll, gingerbread, and a chocolate slice in 2021. For Veganuary this year, the chain further expanded its range with plant-based macaroni cheese, a BBQ chick’n panini, a chocolate and pecan slice, apple crumble flapjack, and a dark chocolate protein bar.

“Christmas has always been such a magical time of year at Costa Coffee, and we’re delighted to yet again be able to partner with some well-renowned brands to launch another spectacular beverage and food range, complete with both new items and returning favourites,” said Naomi Matthews, Food and Beverage Commercial Director UK & Ireland at Costa Coffee.