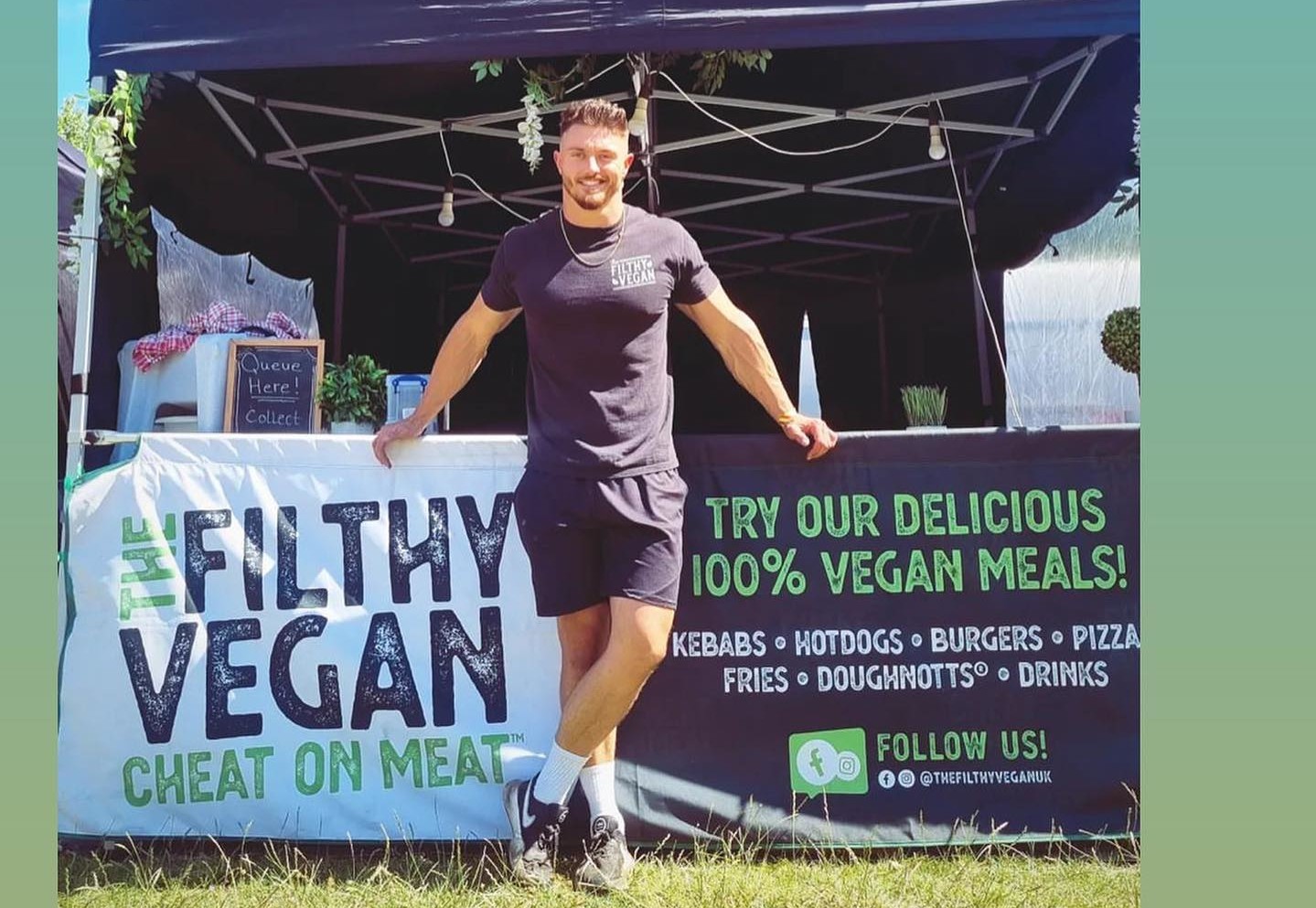 Nottingham-based food stall The Filthy Vegan is to open a takeaway at East Midlands Designer Outlet in Derbyshire. The brand will join major names such as Starbucks, Burger King, and Subway at the shopping centre’s food court.

Not to be confused with Matt Pritchard’s Dirty Vegan, The Filthy Vegan initially launched in 2019, offering plant-based kebabs made with soy meat. Customers placed orders via Facebook and Instagram, and the meals were prepared in the home kitchen of co-founder James Freeman.

After receiving a highly positive response, The Filthy Vegan decided to open a stall at Nottingham Beach. Following the success of its kebabs, the company has now expanded its range to include plant-based hot dogs, chicken-style burgers, doughnuts, and more.

Nottingham has become increasingly vegan-friendly in recent years, with plant-based butcher Faux selling out for three days in a row when it launched in the city last year. Data published in 2020 found that Nottingham was among the top ten most vegan-friendly cities in the UK, and the same year, a dish by a Nottingham-based restaurant was one of the top ten most ordered plant-based meals on Deliveroo UK.

The Filthy Vegan’s new takeaway is the first of two sites that the brand is planning to open. The location of the second has not yet been revealed.

“For us to open here is a dream come true and is a result of three-and-a-half years of hard work. We can’t wait to see everyone there,” co-founder Joe Johnson told Nottinghamshire Live.