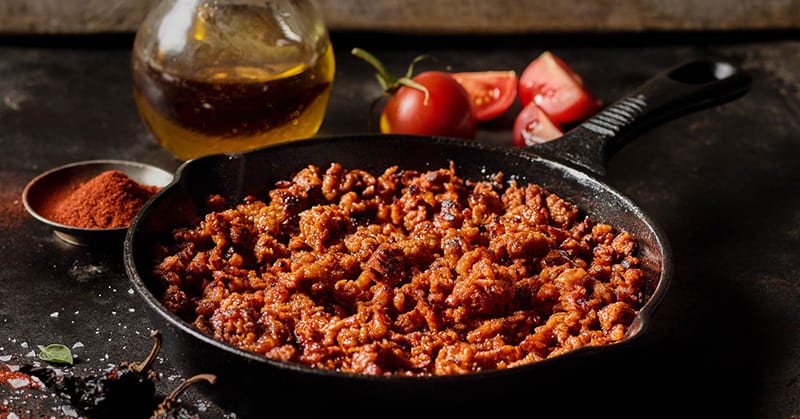 Freebirds World Burrito has announced the chain is adding Abbot’s Butcher plant-based chorizo to its 70+ locations.

The burrito chain is offering the chorizo as an option for any of its customizable menu items, including the signature Freebirds monster and double monster burritos. The company is also adding Siete grain-free tortillas to accommodate gluten-free customers.

This is the second plant-based meat launch for the Austin, TX-based Freebirds. In 2018, the company added Beyond Meat’s Feisty Crumbles as a protein option in its burritos, tacos, nachos, bowls and salads.

In October, the company successfully closed a Series A funding round that included actors Owen Wilson and Woody Harrelson to fuel the brand’s distribution and foodservice growth.

Similar to Chipotle Mexican Grill, which also debuted vegan chorizo this month, Freebirds aims to offer an appealing new protein for all guests.

“Meat lovers, vegans, vegetarians, gluten-free diets and everyone in between can all enjoy a great meal together at Freebirds thanks to our endless possible combinations of ingredients and flavors,” said Alex Eagle, CEO of Freebirds World Burrito. “Abbot’s plant-based chorizo is so good and perfectly seasoned, some people won’t even know that it is entirely plant-based.”

“We couldn’t be more thrilled to partner with Freebirds to offer a delicious, plant-based “Chorizo” that pairs perfectly with their menu items. An increasing number of people are looking for exciting ways to incorporate more plant-based meals into their diet. By working with Freebirds, we’ll be able to help them to do just that,” said Kerry Song, founder and CEO of Abbot’s Butcher.