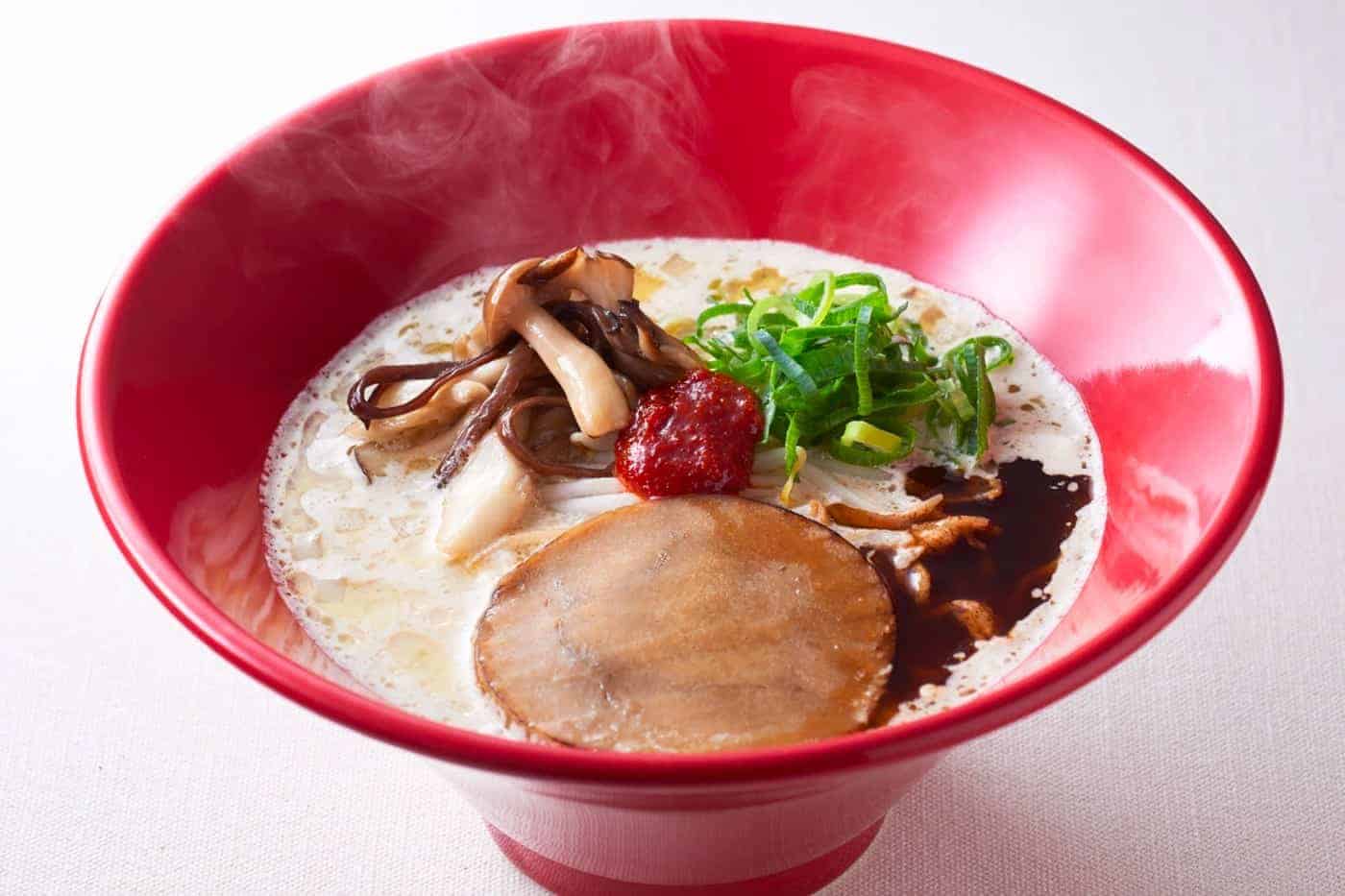 Japanese ramen chain Ippudo has introduced a limited-edition vegan ramen dish known as the Plant-Based Akamaru. In collaboration with Fuji Oil, the chain has developed a rich broth that is completely animal-free.

Ippudo is best known for its tonkotsu (pork broth) ramen. While many restaurants in Japan offer plant-based ramen made with clear miso or soy broth, Ippudo’s new offering aims to replicate its pork-based dishes.

The creamy broth is made with soy milk, porcini mushrooms, and seaweed. Egg-free wholewheat noodles are used instead of white ones.

The dish is topped with a slice of plant-based char siu (barbecued pork), made with wheat protein and green bean paste. It also contains miso paste, scallions, and several types of mushrooms tossed in garlic and olive oil.

The vegan ramen will be available at 44 select locations across Japan. It will cost ¥1,000 per bowl (approximately $10.60 USD).

If feedback is positive, Ippudo hopes to roll out the ramen to its restaurants in other countries. The chain has 100 restaurants across Japan and 60 overseas.

Demand for plant-based food has surged in Asia over the past year, partly driven by the Covid-19 pandemic.

“There is a lot of potential in Japan if we consider the overall growth in the market,” vegan food analyst Emika Iwaka told vegconomist in September. “Sales of vegan products have increased 17 percent, and since 2010 there has been a three-fold increase in sales of vegan products. A large part of the reason is simply that Japanese consumers love something new and interesting.”