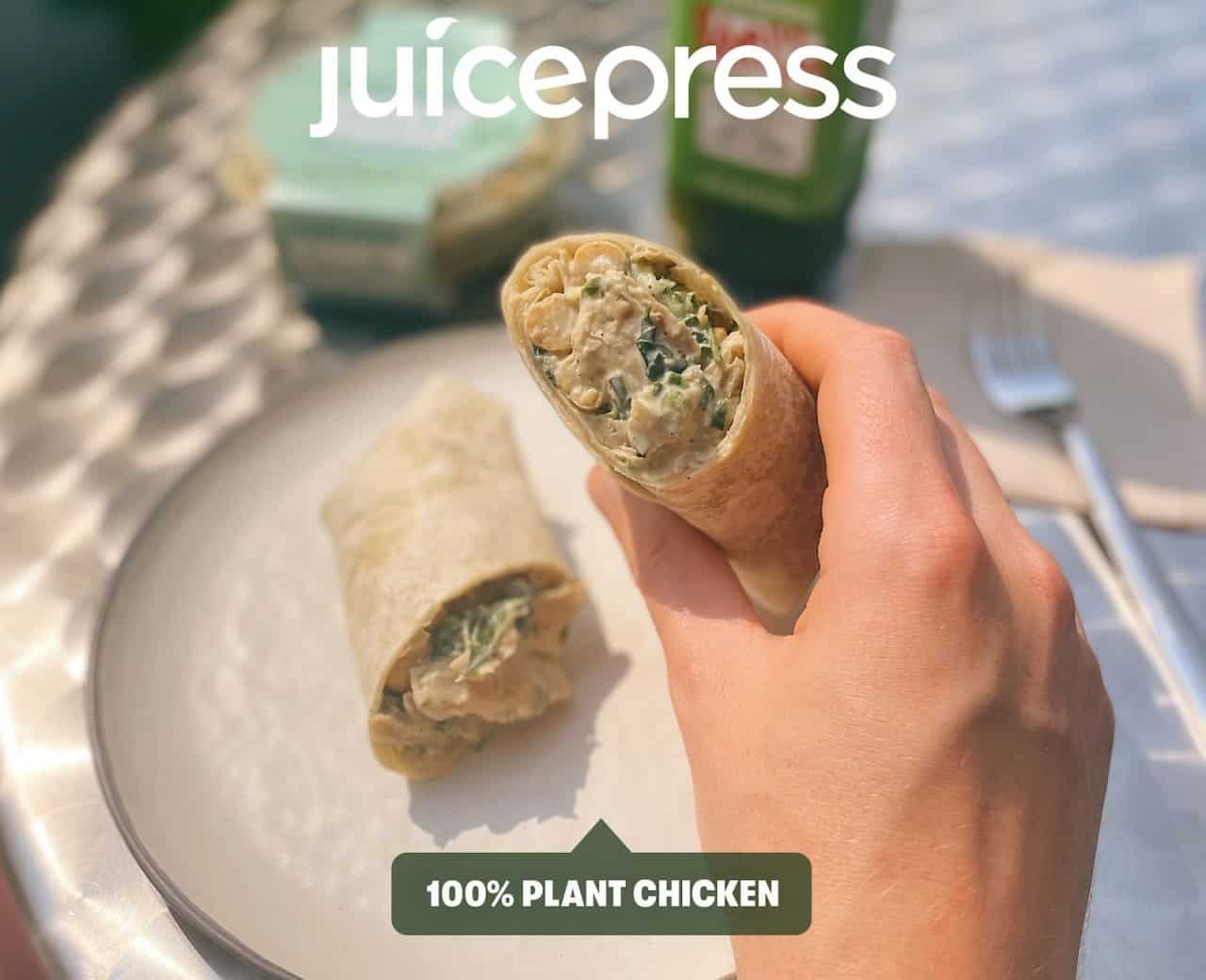 Juice Press, a juice bar chain with over 80 locations across the US, has partnered with plant chicken brand Daring for its new Plant-Based Chik’n Salad Wrap.

Containing 19 grams of protein, the menu item features Daring chicken, cashew cream and chickpeas served in a whole wheat wrap. Customers can find the wrap at most Juice Press locations in the New York Tri-State area.

2022 continues to be a strong year for Daring, which has expanded its innovative chicken products to thousands of new retail and food service locations. In June, the brand added Plant Chicken Tenders to its line, and launched the refrigerated product into the meat departments of 400 retailers, including Sprouts, Erewhon and New Seasons. Weeks later, Daring announced a major expansion into US Target stores nationwide, as well as into regional markets Meijer and Shoprite.

Daring has also invested in high-profile marketing efforts, such as the full-page ad insert it placed in the New York Times in January, which urged consumers to switch to delicious, eco-friendly chicken made from plants. In June, the brand created a racy ad campaign featuring celebrity couple Kourtney Kardashian and drummer Travis Barker.

Made with a simple, non-GMO ingredient list, Daring says its products are uniquely textured with a savory and juicy chicken-like flavor. The brand has thus far raised $120M in funding, and is backed by celebrities such as Drake, Cam Newton and Naomi Osaka.

In an interview with vegconomist, founder and CEO Ross Mackay said Daring’s focus on simple ingredients sets it apart. “We are unique because instead of offering a product that is meant to be an occasional swap, daring is something that consumers can actually eat every day.  Our pieces come in delicious flavors that are simple and easy to use in a million different recipes, just like chicken.”