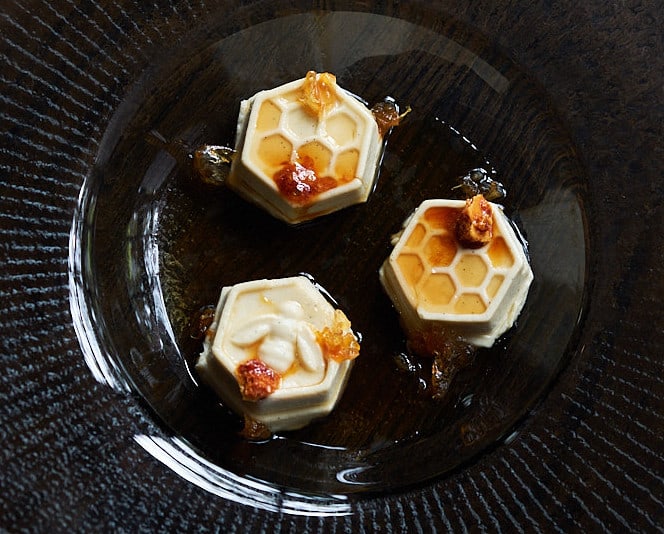 MeliBio, a startup making real honey without bees, announces its groundbreaking honey is now available at San Francisco’s BAIA restaurant for a limited time. From July to September, guests at BAIA can order the startup’s award-winning honey in two exclusive summertime dishes. The new collaboration comes ahead of MeliBio’s official launch at select US restaurants later this year.

“MeliBio is exactly what I, and other chefs, have been looking for”

BAIA will feature the honey, which MeliBio says is indistinguishable in taste and texture from conventional honey, in two plant-based menu items – a bruschetta appetizer with tomato, chili and basil and bee-free honeycomb panna cotta.

Filling a “critical gap” in flavor

According to BAIA Executive Chef Joshua Yap, the brand’s honey helps to fill a critical gap in flavor. “Many times while developing a new plant-based dish I think, ‘I wish I could use honey’,” said Yap. “Unfortunately, many chefs struggle with the standard industry alternatives, such as agave, which miss the distinct flavor and nutrition profile of honey…MeliBio is exactly what I, and other chefs, have been looking for.”

The BAIA debut follows the upscale Eleven Madison Park luncheon MeliBio hosted in May to celebrate World Bee Day, which gathered dozens of guests for a private honey menu tasting.

To support its mission, MeliBio says it recently appointed Maja Toft, former Director at Clif Bar, as Strategic Advisor to the CEO for Product Development and Applications. The company is looking to officially launch its honey at a number of select restaurants later in 2022, beginning primarily in California and NYC.

MeliBio also notes that, instead of retail sales, the company is focused on building its brand through strategic partnerships with leading food companies and culinary influencers. It also plans to work with top CPG companies and international food producers, and reveals it is collaborating on several products to be launched in 2023.

“Restaurants and companies from all over the world expressed their need for a delicious and nutritious honey that is produced sustainably,” Darko Mandich, co-founder and CEO of MeliBio, told vegeconomist today. “We are thrilled to see chefs like Chef Joshua Yap from BAIA restaurant in San Francisco love working with our bee-free honey and creating delicious and visually appealing culinary creations.”