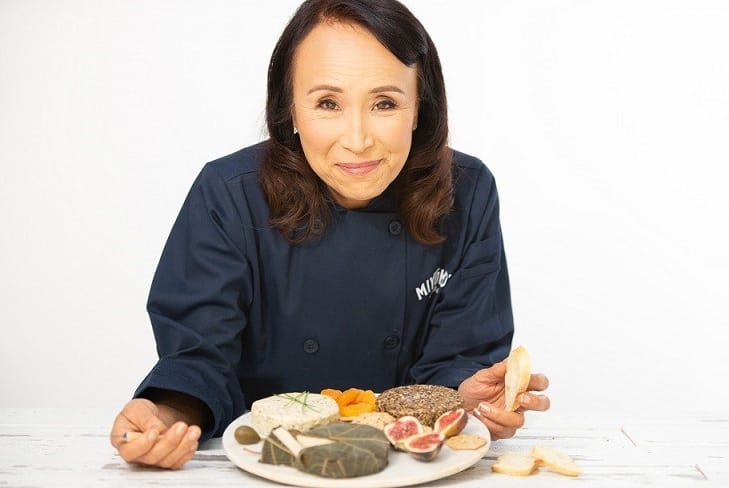 Timed to coincide with the start of the holiday baking and cooking season, the show follows a high-profile court victory for Miyoko‘s over its use of the words “butter” and “dairy” on its product packaging. In August, a California court ruled in Miyoko’s favor, handing her a landmark win and setting a major precedent for a plant-based company’s right to use dairy terminology that is familiar to consumers.

Bolstered by the victory, Miyoko’s has since closed $52 million in Series C funding to accelerate innovation and distribution, and recently launched a first-to-market liquid vegan mozzarella. Its flagship product, however, remains its best-selling butter, and founder and CEO Miyoko Schinner hopes The Vegan Butter Channel will convince more consumers how delicious plant-based can be.

The first episode kicks off with Nicole Rucker, head pastry chef and owner of Fat & Flour in L.A., who will bake Apple Cherry Pie with a Flaky Crust using Miyoko’s signature butter.

“With The Vegan Butter Channel, people don‘t have to take my word for it – they can see vegan butter perform for themselves, and hopefully are inspired to cook some of these recipes – or variations – at home,” says  Schinner. “I created our vegan butter because as a chef and cookbook author, butter is the foundation of so much of my cooking and baking, so it was important that any vegan butter I use tastes and performs up to the highest standards.”