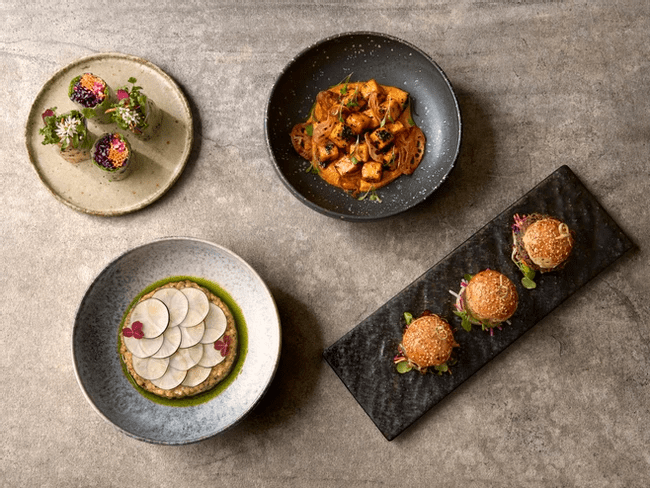 A new plant-based restaurant called Holy Carrot has opened at Urban Retreat in Knightsbridge, London. The menu focuses on seasonal British produce, and all dishes served are free of gluten, refined sugar, preservatives, and other additives.

Holy Carrot initially opened its doors last year, but has mostly had to remain closed due to lockdown restrictions. Now, the relaxing of the rules means it is finally allowed to reopen.

The menu includes dishes such as steamed Asian dumplings, sticky and sweet orange cauliflower, and a raw Vietnamese-style green roll. Desserts are also offered, including summer berry meringue, chocolate cheesecake, and miso caramel sponge cake. A range of juices and smoothies are available, as well as drinks and cocktails (both alcoholic and non-alcoholic).

London is undoubtedly one of the best places in the UK to be vegan. Rudy’s Vegan Butcher, the first plant-based butcher in London, sold out on its first day after opening last November. Earlier this month, it opened a second location in exclusive department store Selfridge’s.

Speaking about the reopening, Holy Carrot founder Irina Linovich said the restaurant’s name was intended to capture both the healthiness of the food and the playful nature of the brand.

“When we came up with the idea to launch a vegan restaurant in Knightsbridge, we wanted to make sure that we brought an element of fun to eating vegan food,” she told BigHospitality.