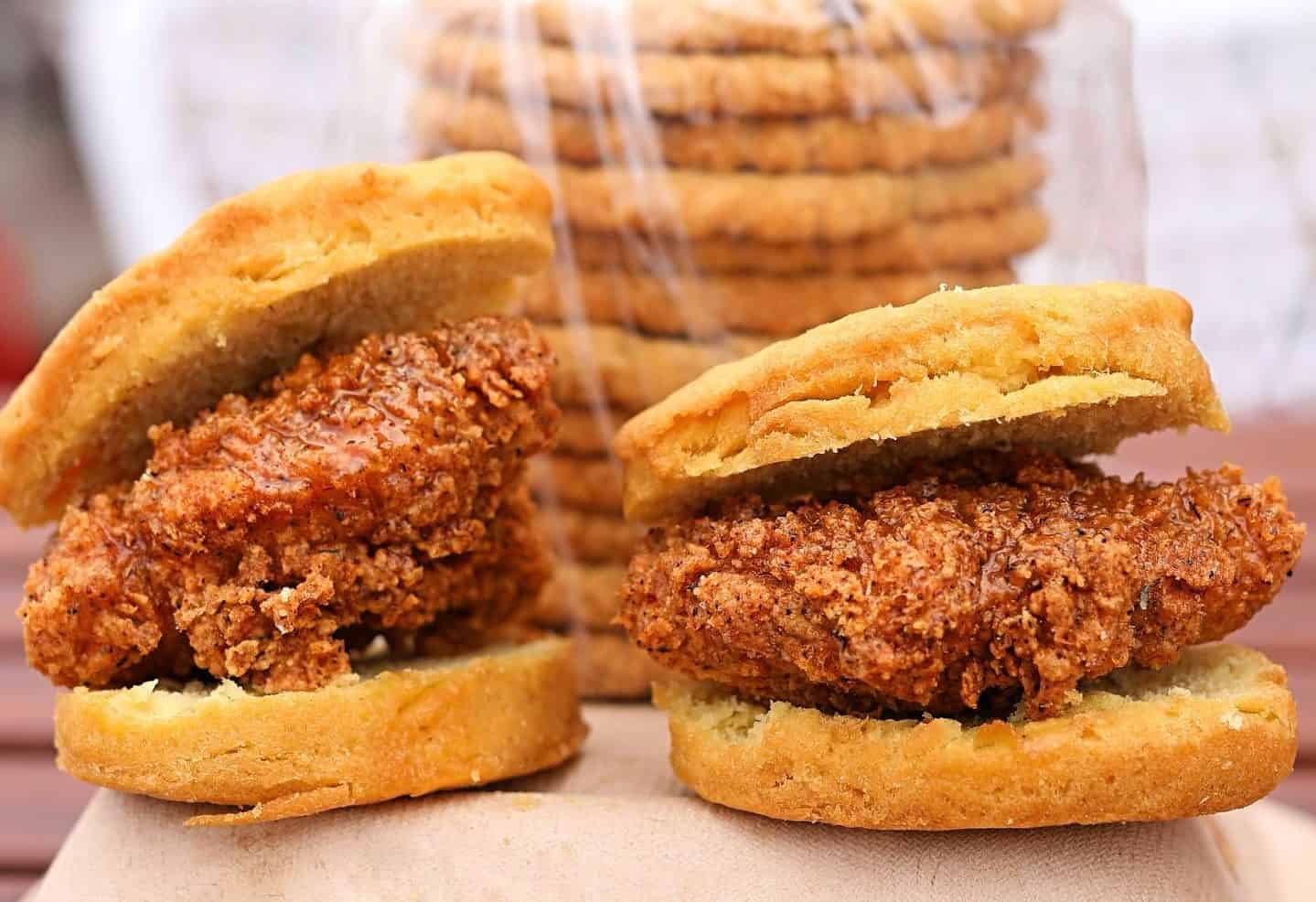 Texan vegan chicken chain Project Pollo only opened its first restaurant last September. But in just six months, it has taken its total number of locations to five, and founder Lucas Bradbury is aiming for 100 restaurants by 2025.

The chain describes its MO as “people before profits”, with a an emphasis on treating its workers well. Unlike most fast food outlets, it pays them a living wage and gives them the opportunity to earn more as they learn and improve their skills.

The menu features “project” items that benefit good causes. When customers buy the Original Project sandwich, $1 from each sale is donated to animal charities. And every time someone buys the People Project, two sandwiches are held in reserve for those who can’t afford to pay.

Project Pollo offers a range of wraps, sandwiches, and strips, along with sides like Loaded Papas. Lucas Bradbury says the chain aims to rival conventional chicken chains such as Chick-Fil-A.

Vegan fried chicken brands are springing up across the US and beyond. The Herbivorous Butcher is to open a shop in Minneapolis called Herbie Butcher’s Fried Chicken, while VFC has launched a vegan fried chicken range in the UK and is already expanding into mainland Europe.

According to Bradbury, he had to sell his house to open the first two Project Pollo locations in Austin. But luckily, those locations were so successful that he was able to open three more restaurants using the cash flow alone. He told San Antonio Current that the company would probably try to raise extra funding in the future, but that it wouldn’t be a requirement.

“I think that as long as we’re doing right by our people and our community, we will always have a place to grow our brand,” he said in the interview.