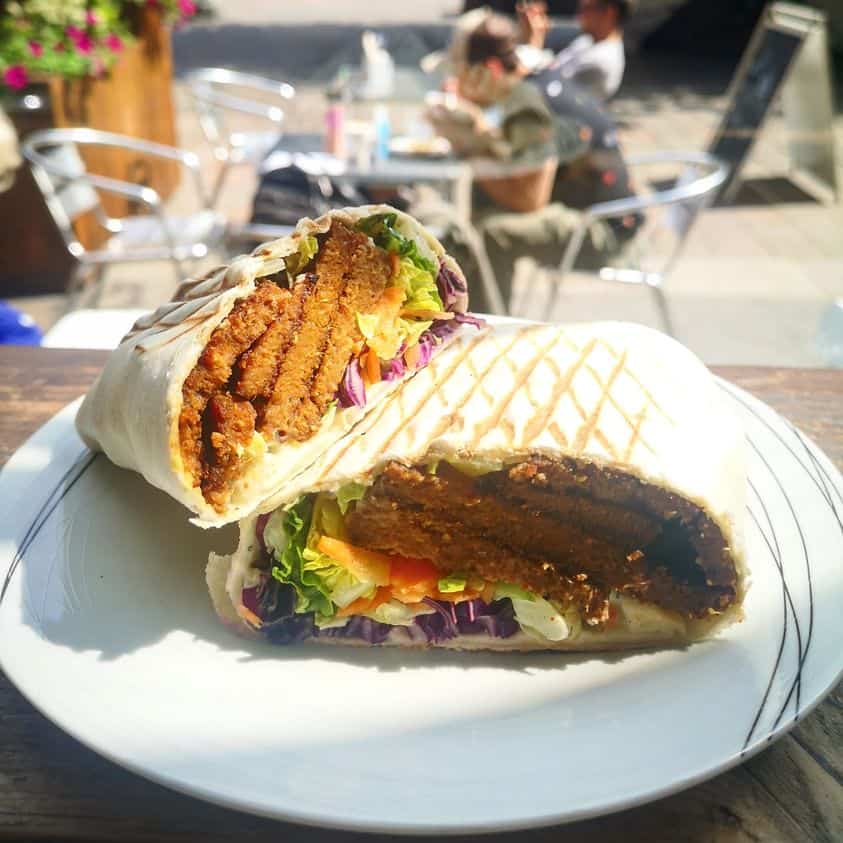 A new 100% vegan food delivery service is trialling in Glasgow, Scotland. Vegan Wheels, a plant-based cooperative venture, will provide home deliveries for vegan cafés and restaurants in the city whilst donating profits to animal charities.

Launched by Andy Yeung, Vegan Wheels aims to carry out deliveries for vegan businesses which do not currently have a home delivery service. 38-year-old Yeung used to work in the restaurant sector but quit due to a clash with his vegan principles. He found a gap in the market for a vegan delivery service, along with the mission of strengthening Glasgow’s vegan community network.

“It’s clear that a lot of people don’t want to give their money to companies that mistreat animals,” Yeung told the Glasgow Times, discussing how he researched the viability of the delivery concept.

As it is currently in trial mode, Vegan Wheels is only in partnership with one city centre restaurant – The Glasvegan located in St Enoch Square. More partnerships are expected in the coming months.

A Vegan Society survey recently found support for plant-based diets in Scotland is stronger than any other UK nation, with 30% of Scots saying they believed the government should promote plant-based diets to address climate change.

“We are trialling a new Glasgow food delivery service with a passion for protecting animals. Vegan Wheels is a co-operative which donates all profits to an animal charity chosen by our members,” stated The Glasvegan on social media.

“We not only aim to provide an amazing delivery service, but also a platform for Glasgow’s vegan community to communicate and share ideas that will help the vegan movement grow and improve the quality of life for animals”, explained Vegan Wheels.