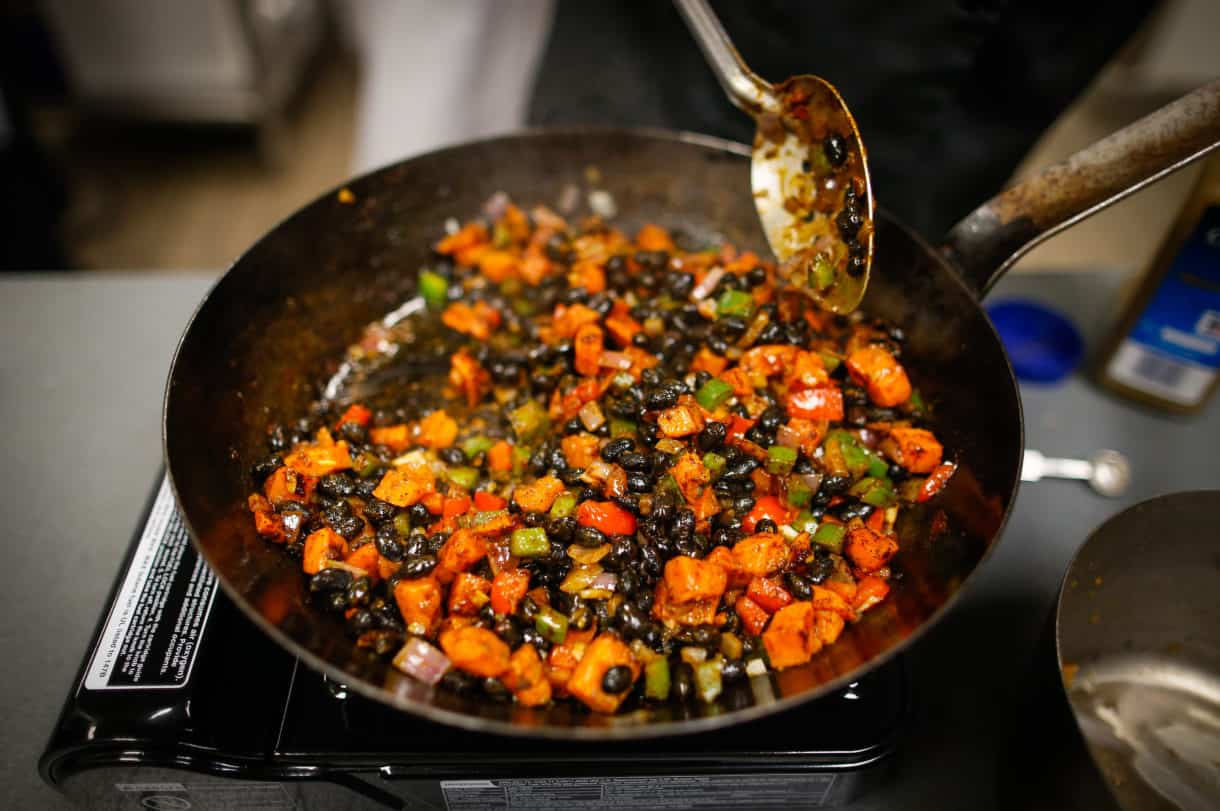 Photo by Lance Murphey for HSUS

Catering giant Sodexo recently announced the expansion of its collaboration with the Humane Society of the United States, in a partnership that has continued for over 15 years with the aim of increasing the number of plant-based options on its menus.

The initiative is part of Sodexo’s overall strategy to reduce its carbon emissions 34% by 2025: shockingly, though perhaps not surprisingly, Sodexo’s carried out an internal analysis which found that at least 70% of its supply carbon footprint was related to animal-based food purchases in the fiscal year 2020. Following the study, Sodexo Campus claims it is now aiming to make 42% of its planned menu offerings plant-based by 2025.

Sodexo UK and Ireland already announced last October that a third of the meals it offers will be free of animal products by 2025. Furthermore, just last week the UK arm of Sodexo joined forces with Quorn to launch what it claims is the world’s first carbon-neutral solution for food services – Carbono Cero – which is set to launch across corporate locations in the UK and expand globally by April 2023.

The company states that Sodexo chefs in the US are undergoing plant-based menu training led by the Humane Society. Students, staff and faculty at the 140 Sodexo universities that have already implemented the program are invited to try each of the items and offer their feedback.

“It’s important for us to receive feedback directly from the customer as it helps us identify which plant-based dishes will become permanent fixtures on our menus,” explained Chef Jennifer DiFrancesco, director of culinary innovation for Sodexo Campus.

“Any sustainability plan that’s meant to create real change—and not just be greenwashing jargon—will center on shifting from a meat-heavy menu to one that’s focused on plant-based entrées. I’m thankful to Sodexo for being a leader in the industry by committing to the tangible changes required to meet greenhouse gas emission goals. By developing a plant-based initiative that includes menu goals, recipe innovation and customer satisfaction, Sodexo has found a formula for success,” said Karla Dumas, RDN, director of food service innovation for the Humane Society of the United States.