With 145 veggie-friendly restaurants in France, compared to 73 in the UK which has second place, France is a clear winner, and is typically the country most associated with high cuisine.

In terms of cities with the most veggie-friendly restaurants, London and Hong Kong come in first and second place with Paris is in third place with 18 starred restaurants offering a full vegan or vegetarian menu.

However, the results of this study must be qualified. Indeed, if vegetarian options are well developed in France, the country is lagging behind in terms of 100% vegetarian offer and the results would probably be quite different if only vegan options were taken into account. 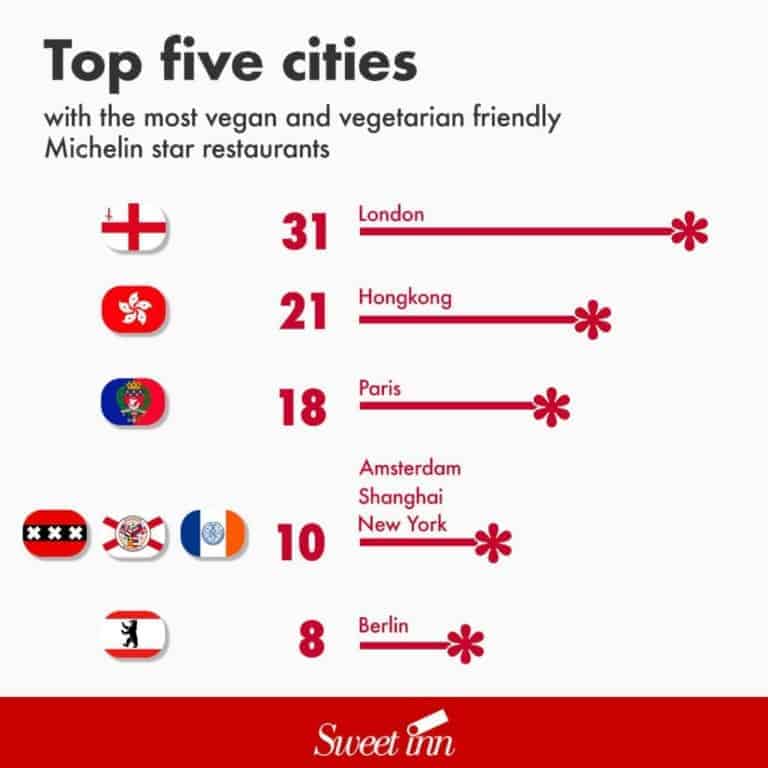 2022 seems to be a year that could allow France to catch up in terms of the availability of 100% plant-based offers. As an example, Carrefour France surprised the world last week by announcing the availability of The Vegetarian Butcher’s mock-meat in the traditional butchery department.