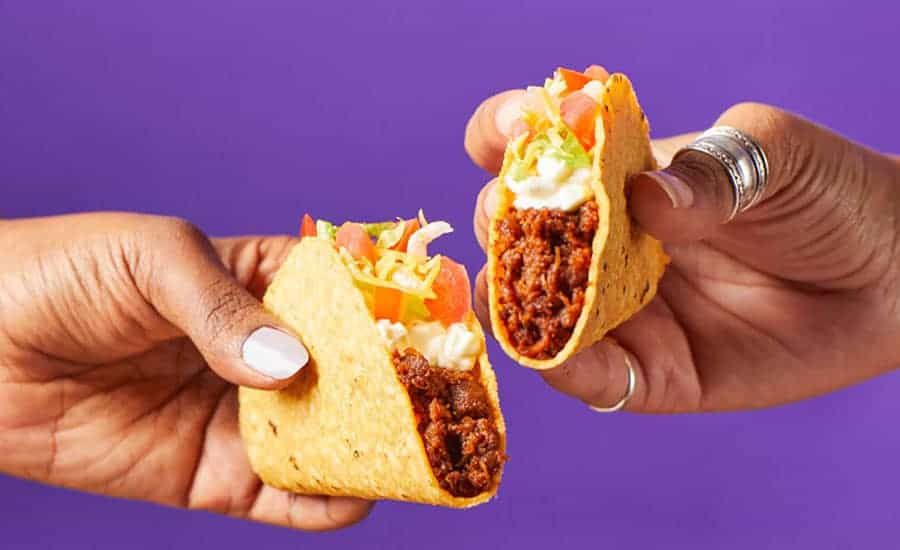 Fast-food chain Taco Bell has introduced a plant-based filling called Pulled Oats in the UK. The filling is made with a combination of oats, faba beans, and yellow peas.

Though Taco Bell did previously offer some vegan options in the UK, this is the first time it has offered a meat alternative. The new filling can be used instead of chicken or beef in any build, whether it’s a taco, a quesadilla, or a burrito. It can even be used in the famous Crunchwrap Supreme.

According to the company, the Pulled Oats effectively absorb flavours and are high in protein and fibre. They are made by Finnish brand Gold & Green Foods, which has been expanding across Europe in the past year.

The Pulled Oats filling is already available at Taco Bell restaurants in Spain and Finland, and has now been available at all UK locations since January 7.

Taco Bell has also recently announced that it will be adding Beyond Meat to its menu in the US. Previously, the chain trialled Beyond Meat at its restaurants in Shanghai.

The move is an attempt to appeal to younger customers and cater to vegetarians and vegans. Following the announcement, Beyond Meat stock jumped 14 percent to $143.23.

The alt-meat brand already works with several fast-food chains, such as McDonald’s and KFC. But it’s not yet clear which of Beyond’s products will be offered at Taco Bell.

“I would say that it’s going to be unique to the things that you’ve seen elsewhere, so we’re definitely going to put our Taco Bell innovation and spin on it,” Taco Bell’s global chief food innovation officer Liz Matthews told CNBC.