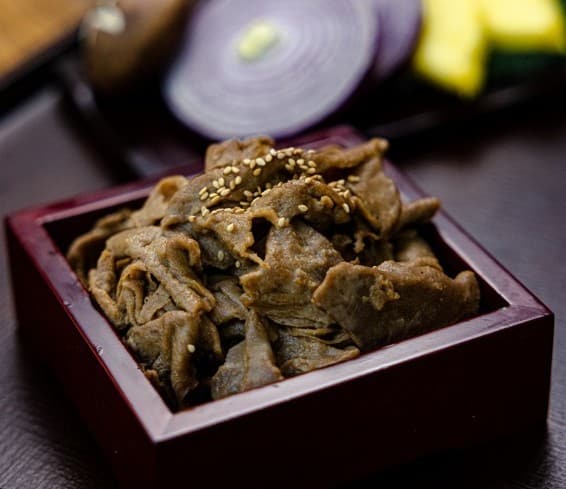 Made with proprietary technology, UNLIMEAT says its products offer a flavor and texture very similar to beef. Unlike other plant proteins, which often come in sausage and patty forms, UNLIMEAT says its sliced meats are specifically designed for grilling and mixing with sauces.

UNLIMEAT plans to partner with more restaurants as it continues its US expansion. Owned by Zikooin Company, UNLIMEAT first arrived in the US in January following incredible success in its native South Korea. After launching its products on e-commerce platform Wooltari Mall USA, the brand released two flavors of its best-selling plant-based jerky via Kickstarter in May.

More choices for all

According to Jeong Yuk Jeom’s owner, the restaurant had been searching for a high-quality meat alternative to add to its menu. “Ten to twenty percent of the people who come to the restaurant are vegetarians,” shares Jeong Yuk Jeom’s founder and owner. “We couldn’t offer them many choices before, so I’m glad we have these new dishes. We’ve been looking for a plant-based meat that can be grilled for over a year now, and now we’ve finally found one.”