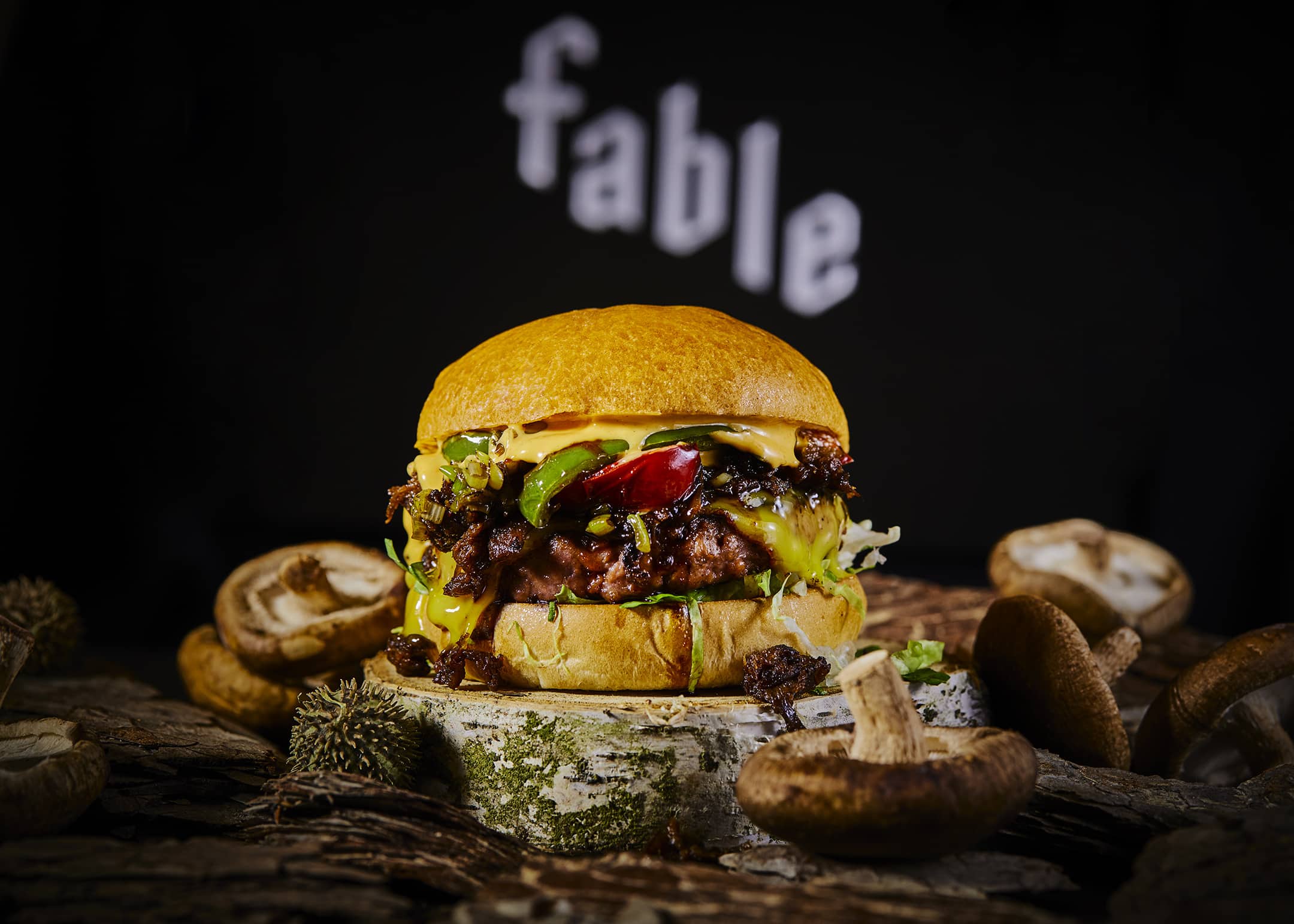 UK chain Honest Burgers is to launch V Honest, its first all-vegan restaurant. The menu will feature vegan versions of some of the chain’s existing burgers, as well as a selection of new ones — including mushroom-based options developed by Fable Food.

New for Veganuary is the Teriyaki Plant, featuring a plant-based patty with Fable pulled shiitake mushrooms, teriyaki sauce, Applewood Vegan cheese, grilled peppers, spring onions, umami mayo, and lettuce with homemade rosemary chips. This burger will be available at all locations for the month of January.

Exclusive to V Honest are the Pulled Shiitake Nuggets, consisting of Fable pulled shiitake fritters with spring onions and umami mayo. The new restaurant will also offer more brand-new options such as the Buffalo, Pesto, and Chilli burgers, alongside plant-based versions of the much-loved Honest and Tribute.

Honest Burgers already offers some meatless options at all its locations. These are a southern-fried courgette and onion fritter, a plant-based cheeseburger, and a vegan Christmas burger for the festive season. The latter consists of a plant-based patty topped with vegan bacon, smoky cheese, cranberry sauce, and rocket.

Fable Food is an Australian brand making highly realistic meat alternatives out of mushrooms. Last year, the company told vegconomist that many people had tried its products without even realising they weren’t beef.

Fable has had a successful year in 2021. In August, the company raised $6.5 million in funding and announced a partnership with celebrity chef Heston Blumenthal to create a burger for Australian chain Grill’d. Then, last month, Fable entered the US by launching at vegan restaurant chain Beatnic, previously known as byChloe.

“We love everything that Honest Burgers stands for – creating delicious food from fresh, high-quality, responsibly sourced ingredients and serving up incredibly tasty, homemade British burgers from scratch,” said Fable’s head of growth Dan Joyce. “It’s a real thrill to be teaming up with them to add our Fable pulled shiitake mushrooms to their menu and expand their already extensive plant-based offering.”