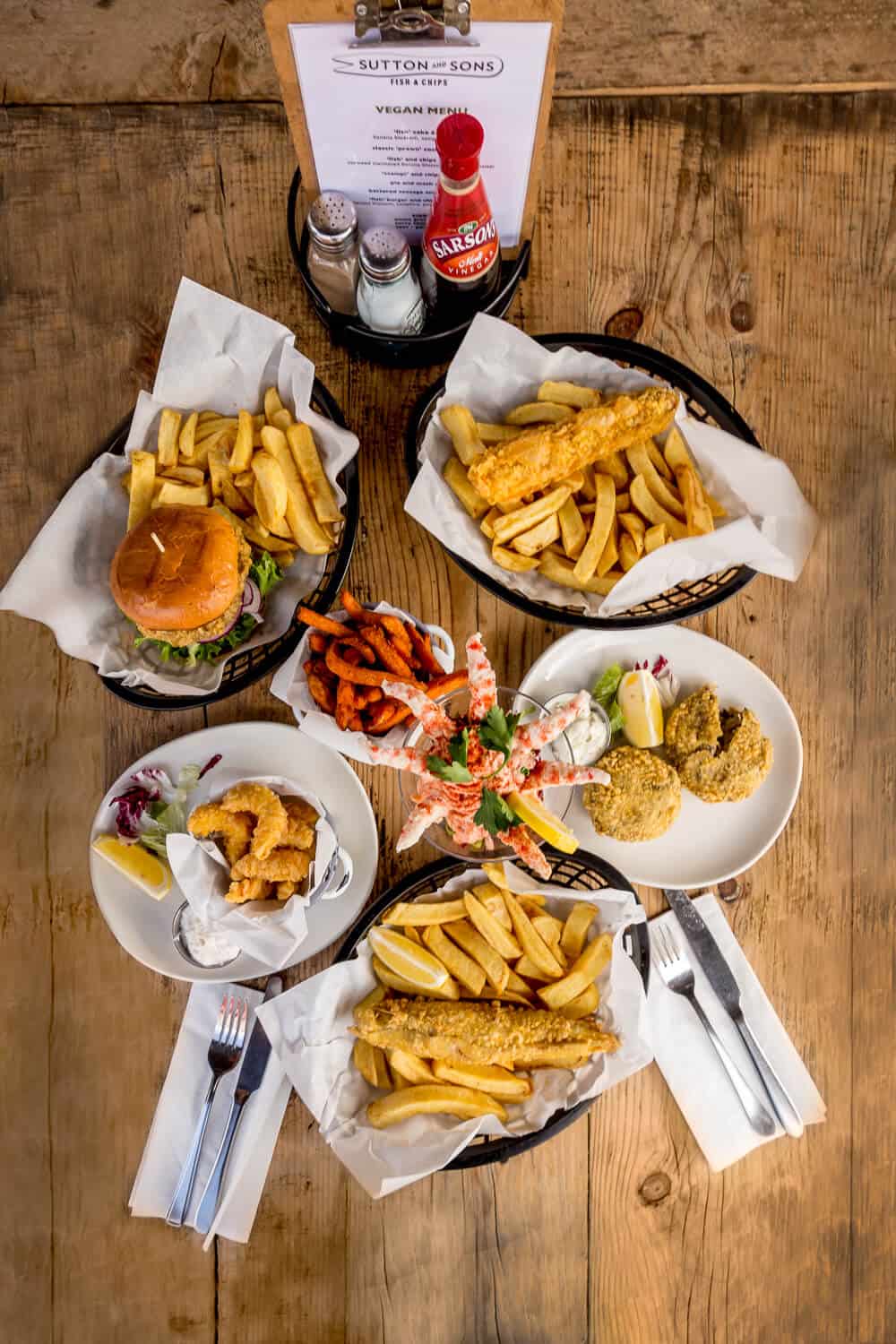 Several restaurants in the UK are introducing vegan fish and chips to their menus to great reception, new businesses and food trucks are opening around the country specifically to serve the plant-based alternative to the national dish, and in addition, famous traditional fish restaurants are re-branding themselves as vegan in order to keep up with the trend.

Sutton and Sons, a well-known establishment with three locations across London, has been known as one of the best family-run fish and chip shops in the capital for decades. The high end take-aways  have offered vegan options at all three of their locations for several months, but this week they announced that their Stoke Newington location would be re-launching as 100 percent plant-based. The menu includes fish made from banana blossom marinaded in seaweed, as well as battered “pork” sausages.

“News just in…. due to popular demand we have a new VEGAN ONLY branch launching at our 240 Graham Road site on 4th October,” the shop wrote on its official Facebook page. “The former site will be moving a few doors down. Please follow @suttonandsonsvegan for more information.”

Greene King pubs recently announced that they would be serving a plant-based fish and chip dish, and also this month the Hungry Horse family pub chain revealed a new vegan menu including the popular dish. Other successful locations around the country include: Matter in Bristol, who serve a delicous to-fish and chips, mobile food truck Battered, and The Veggie Chippy in Birmingham, which claims to be the first purely vegan and vegetarian chip shop in the UK.