According to new research conducted by market research firm Dynata, on behalf of The Meatless Farm, nearly 30% of American consumers would be willing to consider going without turkey this Thanksgiving.

Dynata surveyed 1,050 adult respondents in six age groups from the age of 18, and divided into four major regions of the United States: the Northeast, Midwest, South and West. Respondents answered ten questions related to opinions towards meat-free meals, reasons for their decision to incorporate them or the contrary, and on the idea of a plantbased Thanksgiving.

Respondents in the Northeast are most likely to consider a meat free thanksgiving, whereas in another recent survey by Horizon published last week, participants were more likely to opt for meatless meals in the Midwest region.

Personal health is the most influential factor in Americans’ decision to consider eating more meat-free meals – nearly 60% of Americans claimed that personal health was most likely influence their decision, with animal welfare (13.7%), weight loss (13.7%), the environment (12.2%) and “other” (3.5%).

Click here to read our recommendations for vegan turkey products this season.

Please note that both images used here are of meatless turkey products, with the brands named in the captions. 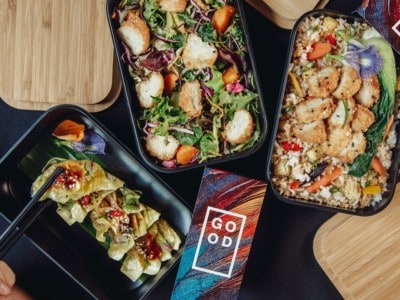