Co-Op Reveals “Biggest Rollout of Vegan Products” to Total over 1,000

UK: The Co-op has revealed major online expansion plans with a new same day delivery service in 650 stores, and additionally, what it claims to be the “biggest rollout of vegan products” with its new vegan brand, GRO, which it says brings its total of vegan food and drinks to over 1000 products.

The Co-op’s Ethical Consumerism report reveals the plantbased market has topped £1BN for the first time ever and has more than doubled in the last 20 years, up from £452M in 1999. Its findings reveal that vegetarian product sales have risen by over 12 percent and non-dairy milk alternatives have seen a 14 percent uplift.

The GRO products, including a chilli con carne, steak bake, a Kashmiri pizza featuring cauliflower and vegan cheese, and a vegan sticky toffee pudding, will be available in 2,000 Co-op stores. Co-op states that this “is believed to be the largest ever product rollout of own-brand vegan products by a supermarket and takes Co-op’s total food and wine vegan range to over 1,000 products. In addition, all Co-op’s beer and cider range will become vegan in 2020 while it already offers almost 120 vegan wines.” 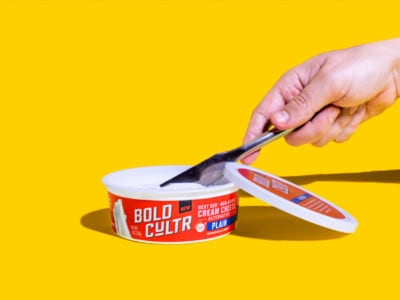