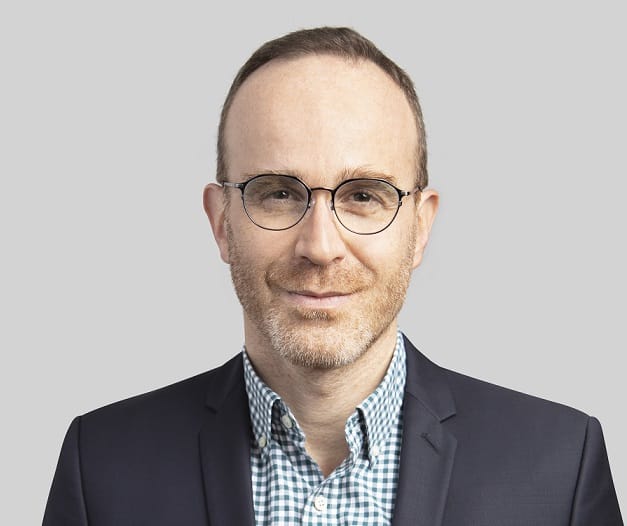 Cell-cultured steak producer Aleph Farms has always been at the forefront of the cell-cultured meat movement. The Israeli pioneers recently announced a highly impressive $105 million Series B funding round with some extremely interesting participants.

Following such a list of recent developments, it was time to catch up again with Didier Toubia, Co-Founder and CEO of Aleph Farms to discuss the company’s role at the forefront of cell-cultured meat.

Congratulations on completing your Series B funding round. What does such a hugely significant raise say about investor confidence in Aleph Farms and the cell-cultured meat industry?
Thank you. This raise certainly speaks to investors’ confidence in Aleph Farms, but it also speaks to our confidence in them. We see our investors as partners for building this new category of cultivated meat. It was critical to us that our investors share our strong commitment to improving the sustainability of our global food systems.

This fundraise demonstrates that cultivated meat is quickly becoming a reality. It is not a long-term vision anymore, but rather a practical solution to the world’s most urgent issues today. It represents the ongoing process of bringing cultivated meat products to global markets.

The round was co-led by DisruptAD, part of Abu Dhabi’s sovereign fund. How important is it to establish partnerships with states and governments?
It’s critical that there is an inclusive transition to a more sustainable and resilient meat sector and governments play an important role.

DisruptAD’s investment in Aleph Farms will help bolster Abu Dhabi’s long-term focus on food resilience. As a strategic partner to DisruptAD, we will evaluate the establishment of a manufacturing facility in Abu Dhabi to supply our cultivated meat products across the UAE and the broader GCC region. The Emirates have shown that one of the region’s central goals, includes supporting the transition towards sustainable and resilient food production systems.

We see food security as a potential cornerstone for creating regional collaboration and stability in the region. As food security is a challenge that all countries in the Middle East face, collaborating on solutions like cultivated meat can provide means for long-standing peace in this region.

Aleph’s food security vision is about producing quality meat locally for anyone, anytime, anywhere, even in the most remote areas that are impacted by climate change the most. Climate affects agriculture and vice versa, so they are deeply interconnected. The effect of climate change on agriculture goes a long way to increase or decrease food security and invariably food nutrition through its impacts on agricultural lands. This is because the more food insecurity there is, the more issues of undernutrition are observed.

According to new studies by CE Delft, cultivated meat could use up to 95% less land and 78% less water compared to conventional beef production. This data on the projected environmental footprint of cultivated meat, emphasizes its role in providing the global world population with quality, and delicious meat, independently of climate or availability of natural resources.

The funding included major players in the meat industry, such as Thai Union and Cargill. What does the involvement of the meat and seafood industry signify to you about the future of meat and the direction of such players?
Our strategy is to integrate into the existing ecosystem as part of our go-to-market plans, serving as the driver of an inclusive transition of the meat sector towards sustainability and resilience. Leveraging the expertise and infrastructure of leading food and meat companies will drive a faster scale-up of cultivated meat and eventually lead to a broader positive impact. These partnerships fulfil our vision, which is to lead the global food system transition toward a more sustainable, equitable, and secure world.

We have announced MoUs until now with Mitsubishi Corporation in Japan and BRF in Brazil, in a step that will accelerate these countries’ goals of becoming robust, food self-sufficient and climate-neutral global leaders. Cargill and M-Industry–the industrial group of Migros are also investors in the company.

Along with Singapore, Israel is leading the way as an epicentre of cell-cultured meat development and investment. Do you see a future where cell-cultured meat is a normal part of family dinners in Israel or any other part of the world?
Yes. A recent consumer study we commissioned that was published on May 11, 2021 by the peer-reviewed journal, Foods, has affirmed that cultivated meat is likely to make up a major part of consumers’ future diets. US and UK respondents, on average, imagined that cultivated meat could make up about 40% of their future meat intake, with conventional meat constituting around 60%. The study also showed patterns of greater openness to trying cultivated meat by younger generational groups: 87-89% of Gen Z adults, 84-85% of Millennials, 76-77% of Gen X, and 70-74% of Boomers were at least somewhat open to trying cultivated meat.

Segmentation of the participants by age and by degree of enthusiasm, 40% of consumers were “very” or “extremely likely” to try cultivated meat in both the US and the UK. This group of enthusiastic triers was categorized as the “early majority” group. Of the early majority group, an overwhelming 98-99% of them said they would consider welcoming it as a regular item in their shopping basket. The vast majority of the early majority are omnivores (94-95%) who consume meat 2-3 times per day in a typical week.

What will be the short-term impact of the recent investment for Aleph Farms?
Near-term milestones include scaling-up manufacturing, growing operations internationally, and expanding its product lines and technology platform ahead of Aleph Farms’ initial market launch in 2022. The company is currently working with regulatory agencies on its plans for market entry.

In the longer term, what will be the biggest milestones for the company over the coming years?
Our long-term vision is to provide unconditional access to high quality nutrition to anyone, anytime, anywhere.

One of the big challenges of cultivated meat is the ability to produce large quantities efficiently at a cost that is in line with the meat industry. Overall, we have developed five different technologies that are unique to Aleph Farms which are put into a proprietary large-scale production process and patented by the company.

Building trust with consumers is paramount and central to our strategy. From our Community Center to extensive market surveys around the world, we listen to consumers and provide transparency into our business practices and production methodology. Through research we’re currently conducting, we’re gaining insights regarding our target demographic that will further inform our marketing strategy.