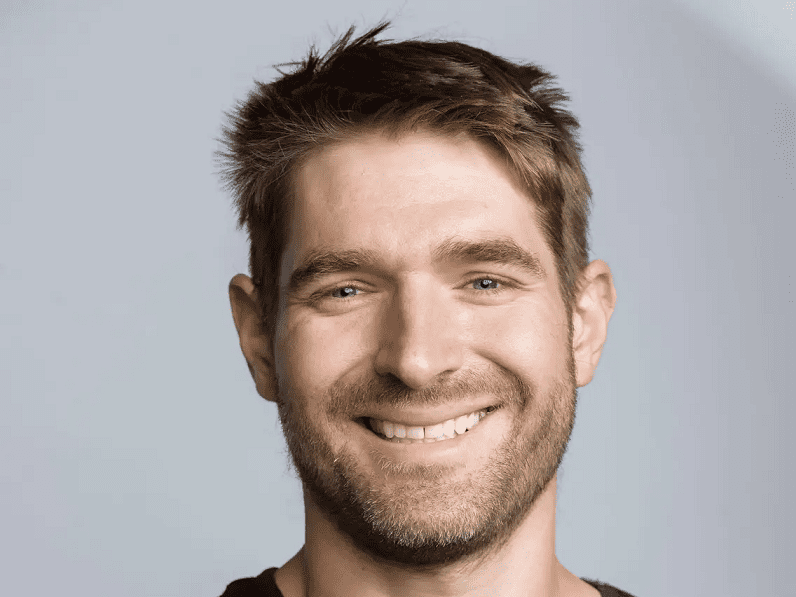 It’s been a couple of years since we last spoke with Eben Bayer, and to say he has been busy since 2020 is quite the understatement. The founder and CEO of Ecovative Design and MyForestFoods Co. (previously known as Atlast) is inarguably one of the most active and prominent global players in the wonderful world of mycelium.

Here are just a few of Bayer’s incredible achievements since the last Q&A with vegconomist:

This is a man with a lot to say about mycelium and mushrooms! Without further ado, let’s get into it.

Where did your interest in Mycelium begin?
It began as a kid growing up on a farm in Vermont, where fungi are abundant, you can see them literally holding the soil together. My interest in mycelium as a material really kicked off while I was studying at Rensselaer Polytechnic Institute (RPI). That’s where professor Burt Swersey challenged us to “find a solution” as the final project for his Inventor’s Studio class, to design something according to his philosophy, “don’t do nonsense, do something meaningful.”

My classmate Gavin McIntyre (now our CCO) and I worked up the concept of using mycelium to grow materials. In 2007, with the support of Professor Swersey, we founded Ecovative, which focused on mycelium as a packing material (originally, we started with a focus on insulation, but the market wasn’t there yet). Since then, Ecovative has engineered new mycelium structures that match or out-perform plastic, leather, even meat, all of which turn to compost at the end of their useful life.

What was the thinking behind Atlast Food Co’s recent rebranding to MyForest Foods?
This has been a big year for MyForest Foods — the company is growing by leaps and bounds, quickly building a top-notch team of food innovation experts and preparing to produce at a whole new scale. It felt like the right time to take stock and ensure that everything was aligned to our mission of feeding the future delicious, nutritious mycelium-based foods, with a view to Nature as the foundation of it all.

“we are in the midst of an exciting year of growth”

What projects are you most excited about that you’re working on MyForest Foods?
In 2020, Ecovative launched a new company, now called MyForest Foods, that grows whole-cut meat from gourmet mushroom mycelium. As I mentioned before, we are in the midst of an exciting year of growth. Right now, we are hyper-focused on scaling up to provide more commercial products in 2022. We’re especially eager to get our flagship product, MyBacon, onto as many plates as possible, so that people whose diets are vegan or vegetarian or anyone who just wants to eat less meat can still “bring home the bacon”.

Speaking of scale, we recently partnered with Whitecrest Mushrooms Ltd., a huge gourmet mushroom farm in Canada, and adapted their existing facilities to produce nearly three million pounds of MyBacon each year, on less than one acre of land.  With all the mushroom farms already in the world, eager to diversify what they produce, the ability to add MyForest mycelium to their product lines will be a game-changer.

“The bacon product is an example of what mycelium is capable of for food, and we think it opens a whole new category.”

We are also building two brand new facilities that will total 120,000 square feet of new infrastructure. Between a facility in Saratoga Springs, and the world’s largest mycelium farm here in the New York Capital Region coming online in the fall, we’re laying the groundwork for a truly monumental leveling up of mycelium production. It means we can continue producing our popular MyBacon, while working towards introducing new products in the near future.

How disruptive do you predict MyForest Foods’ bacon product to be, both to the animal-free and conventional bacon markets?
I wouldn’t call this product disruptive so much as essential, or foundational. The bacon product is an example of what mycelium is capable of for food, and we think it opens a whole new category. When you take a look at the numbers, over 80% of traditional meat sold is under the category of ‘whole cut’.

Despite their much smaller share of sales, and due to the nature of typical alt-protein ingredients they use, plant-based products are largely concentrated in the “ground” category of meats — think sausage or burger patties. This leaves the plant-based, whole-cut category wide open. Our star ingredient, mycelium, is grown—not ground—made of fibers aligned like muscles, so eating MyBacon is just like biting into a whole cut.

“Bacon is just the beginning”

Bacon is one of the bigger segments of this market and also a “can’t give up” item on many people’s shopping lists. MyBacon offers the texture of traditional pork bacon because our super-ingredient, mycelium, is similar in structure to meat. Will it disrupt real bacon? Only if enough people want the culinary experience without the usual cost to their health or the environment.  But mycelium opens a much wider world of possibilities for the plant-based food category. Bacon is just the beginning.

Do you feel that interest in fungi and mycelium is a trend or here to stay?
Fungi have been with us for billions of years, so they’re definitely not a trend or passing fad, but I think the interest in fungi has deep roots and is going to last. Think of how useful plants are and have been for humanity — fungi is another whole kingdom of life on the same scale as plants and animals, and the value to society could also be comparable as we finally discover their potential as materials, food and more.

“The work of realizing a more sustainable and healthy relationship with our planet isn’t a trend, it’s our future.”

Mother Earth is facing mounting crises, and I think that’s part of why there is so much interest in fungi — they seem to offer hope of reconnection with Nature.  They also offer hope for new ways of meeting human needs, including for food — lifecycle studies that compare pork production to mushroom cultivation show the dramatic potential for impact on factors like carbon emissions, land and water use. The work of realizing a more sustainable and healthy relationship with our planet isn’t a trend, it’s our future.

Congratulations on the launch of Forager – what will be the scope of this project?
Thank you! We’re very excited about it. The scope of Forager is to develop, manufacture and bring mycelium soft goods — leather-like hides, foams for use in shoes and other apparel, for starters — to market. Forager is doing this in partnership with some very big brands right out the gate, including PVH, Bestseller, and VivoBarefoot. Their market and product design expertise, combined with Forager’s mastery of mycelium manufacturing, will be the creative force that brings mycelium materials to the market. Consumers have been hearing about mycelium materials for years — Forager is how we put them in people’s hands.

What is the current status of Ecovative’s mycelium foundry and what makes it such a key facility?
The Mycelium Foundry is at the heart of our collaborations with other brands and industries. It’s where we put our massive library of fungi strains — the most extensive in the world — to work in meeting the needs of our partners, and in the process, we drive the science of mycelium materials forward.

In the example of Forager, a brand partner might have an idea for a vegan leather jacket design using mycelium hides. Their product developers communicate their needs to our Foundry scientists, who test strain after strain in a full spectrum of conditions to quickly find the right recipe for exactly the material they need.

That new development goes towards designing a new product, but it also informs every other aspect of our work, so development in mycelium leather could also make a difference in the growth of mycelium meat. In our growing network of companies and divisions — MyForest, Forager, Mushroom Packaging — Ecovative’s Mycelium Foundry is basically the engine of their progress.

Where do you see yourself and your projects in five years’ time?
I see myself working with Ecovative to prepare for the next, even bigger phase of scaling up, alongside MyForest foods and our other divisions, Forager and Mushroom Packaging. We know that mycelium offers a better way of meeting our material needs, but for that to happen, it has to happen at scale.

“Over the next five years, mycelium will be much more common in food, in the fashion and apparel and automotive spaces”

Over the next five years, mycelium will be much more common in food, in the fashion and apparel and automotive spaces, to name a few. I think by then, many more people will see the amazing potential of mycelium, and the adoption will grow very quickly. At that point, even the amazing growth we’re experiencing right now will seem like the prologue to a period of rapid discovery and the emergence of a whole new ecosystem of mycelium materials.