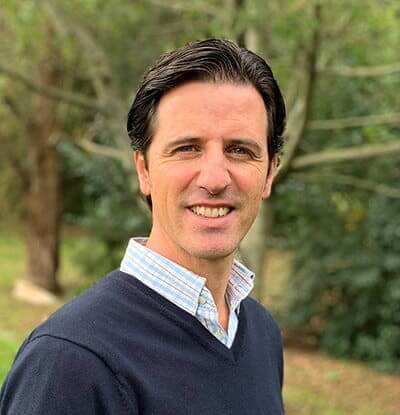 Ethicameat is the cultivated meat brand of Biotech Foods, a pioneering Spanish company that says it is driving a revolution in the global food market; natural slaughter-free animal meat. Ethicameat says it is addressing the high demand for animal-based protein and reducing the current impact of the production process on the environment through sustainable solutions.

We were pleased to speak with Iñigo Charola, CEO of Biotech Foods about their brand EthicaMeat, the future of protein and the role in which cultured meat will play.

Who is the team behind Ethica Meat?
The company comprises a diverse team of experts in biomedicine, specialising in tissue regeneration and nanomedicine, which covers process engineering and pharmacology and biotechnology, in combination with a deep understanding of the food market.

Mercedes Vila is our Co-Founder and CTO of Ethicameat. She has a PhD in Materials Physics from the Autonoma University of Madrid-CSIC, and more than 16 years of experience in the design and application of materials in biomedicine and the understanding of surface interactions between cells and materials. In 2010 she was awarded the L’ORÉAL-UNESCO ‘For Women in Science’ Prize in recognition of her scientific career. In 2012 she was appointed Distinguished Researcher through the I3 Programme of the Spanish Ministry of Science and Technology and she has been awarded three times the Marie-Sklodowska Curie Action of the European Commission.

Since the beginning of her career Vila has worked on the possibilities offered by tissue engineering and nanomedicine in the field of regeneration and treatment of the human body. In 2017 Vila cofounded BioTech Foods, the company that produces Ethicameat, the cultivated meat brand of Biotech Foods.

Iñigo Charola is CEO and Co-Founder of BioTech Foods. He has a degree in Business Administration from the University of Wales, a Masters in Marketing Management from the prestigious ESIC Business & Marketing School and an MBA from the University of Deusto, as well as numerous leadership programs in Business Administration. He has developed his career as business director in several industries, including food technology, for more than 20 years.

Why cultured meat, and why now?
Factory farming meat production model is developed on an unsustainable scale for a depleted planet. Today, factory farming accounts for 25% of the land and water use on the planet and 15% of greenhouse gas emissions. Sustained development of this model is threatening the existing and long-term capacity of the Earth’s resources. We are therefore facing the challenge of an unsustainable model in the long-term.

Global demand for protein currently stands at 202 million tonnes a year. This includes all types of meat and fish. This demand is forecast to increase to 1000 million tonnes by 2050, according to the latest data from the Food and Agriculture Organization (FAO) of the United Nations. This means that it is essential to find a sustainable alternative that, combining the most advanced technology with environmental protection, meets future demand.

What is your company mission and how do you hope to achieve it?
The mission of BioTech Foods is to commit to the construction of a world in which anyone who wants to eat meat can do so without killing an animal. A world where animal welfare, food safety and innovation would be the values that drive our species out to a more sustainable planet.

What will your portfolio be and when will the products be available?
BioTech Foods works on pork meat and have plans to expand to poultry after that. We are currently developing our product offering for the consumer. Biotech Foods is collaborating with meat processing companies to obtain the final format of Ethicameat products, that will be launched in a range of consumer products such as sausages, ham and nuggets. The selected species give us a huge variety of potential products. Ethicameat is currently in the production scaling and regulation stage, before starting with the commercialization.

Where will your products be on sale, in which markets?
Biotech Foods is collaborating with meat processing companies to obtain the final format of Ethicameat products that will be launched initially in the EU and in the US after first market introduction.

Are you seeking partners?
We are very proud of the fact that our company already has raised over 2.5 million euros and our plan is to reach our short-term goals. We think collaboration is key to bring this new products into the market, so we keep collaborations in all parts of the value chain and we expect to keep growing those collaborations.

What are your plans for 2020 and the next few years?
We now have the technology developed and we are now in the scale up process to bring cultivated meat to industrial production.

In the long term, we want to become a consumer alternative to traditional meat, a means to a much more important goal: sustainability between meat consumption, respect for animal welfare and the environment.

How do you foresee the future of the meat industry and which part will cultivated meat play? Are people ready for it in 2020?
There are different forecasts about how protein consumption is going to evolve. What all of them have in common is that they predict a decrease of consumption of factory farming meat and plant bases and cultivated meat to be a substantial part of the proteins we consume. Some reports estimate this trend will keep rising to 2040, when cultivated meat will have a 35% share of all protein consumption.

Both production methods will undoubtedly co-exist because the consumer will demand it, but there seems to be no doubt that the overall production model will benefit.