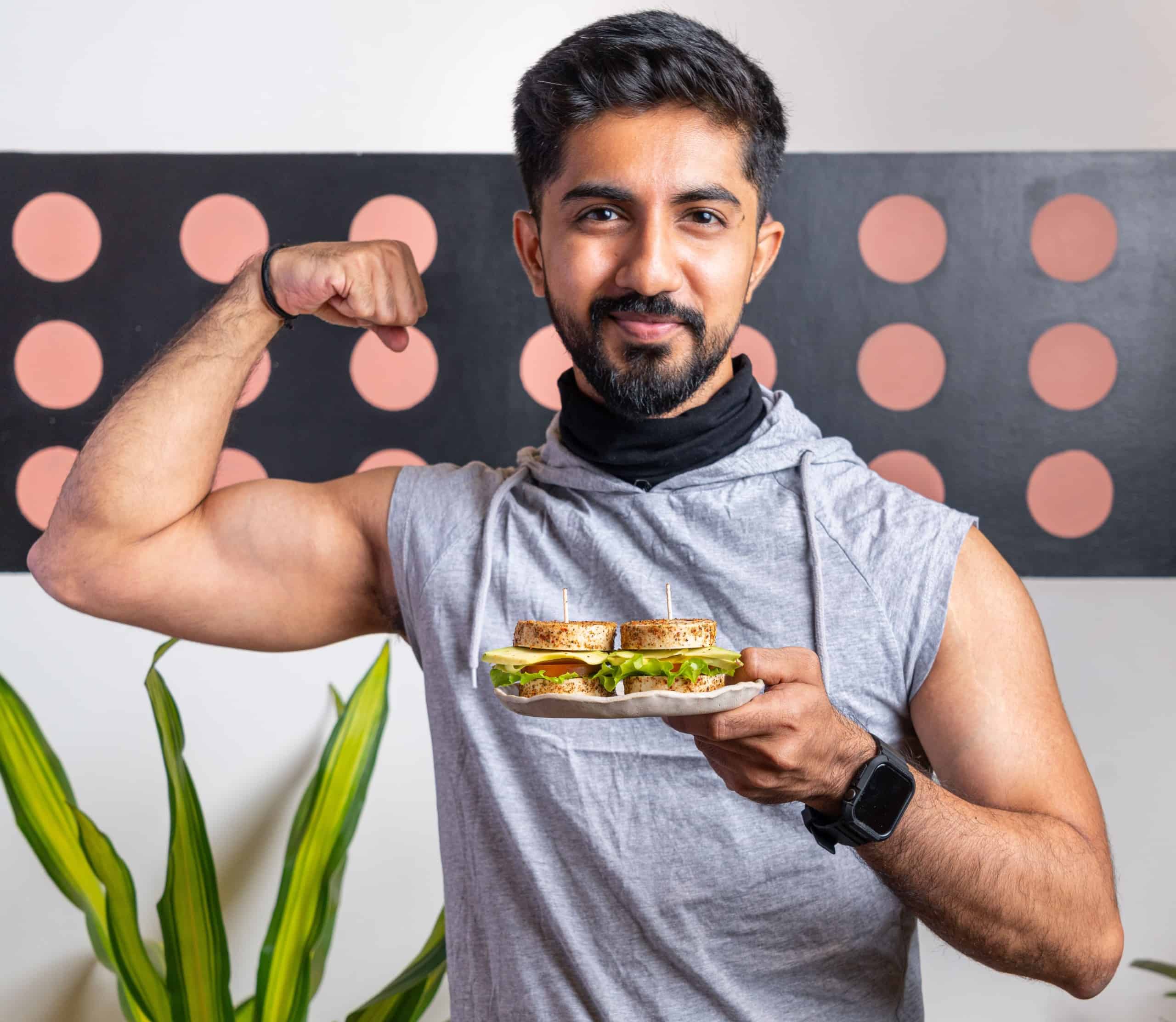 Kartik Dixit, CEO and co-founder of India’s plant-based egg pioneer Evo Foods has had a busy couple of years, to say the least. Evo was founded in 2020 by Dixit and co-founder Shraddha Bhansali, who would go on to be named on the Forbes 30 under 30 Asia 2021 list and develop a range of products that taste, scramble, fry, boil, and make omelettes just like conventional eggs.

The young founders say they are driving the company with the mission to bring the plant-based revolution to India, a country with the highest global percentage of vegetarianism but which has traditionally overlooked milk and eggs. Until now.

Following a pre-seed round last year featuring high-profile investors, reportedly one of the largest ever by an early-stage food startup in India, Evo unveiled what it claims to be the first ever heat-stable and plant-based boiled egg this March. Last month the startup opened preorders for new egg patty and cubed egg products, and just 24 hours later sales had reached over a thousand units.

We sat down with Kartik to hear all about price parity with eggs and Evo Foods’ extremely bold ambitions for the future (“Evo will be the winner in the category over the next 3-5 years and will own at least 30-40% of market share according to our plans.”)

What is the mission of Evo Foods?
Evo literally means evolution. While a revolution is sudden and disruptive, evolution is quiet but longer lasting. Our vision at Evo is to remove animals from the food chain by leveraging Indian crop biodiversity. Over the years we have seen the hazard in monoculture crop systems. Humanity is dependent on 12 plants and five animal species for 75% of its food. India has over 300 varieties of just Chickpea and overall 65,000+ varieties of edible crops.

We seek to promote and unlock this immense crop biodiversity India has to offer to the world and create truly delicious and affordable alternatives from India for the world starting off with replicating eggs on a gastronomical, structural and molecular level. That is our mission.

Tell us more about the plant-based landscape in India.
India has a rather growing market for plant-based foods in general. The urban population is especially aware of the sector and the climate impact of their food. India’s age-old and deep-rooted culture of vegetarianism helps in promoting the sector since people don’t want to see living beings suffer. Dairy is an ingrained part of Indian culture so I don’t personally believe that plant-based dairy will become significant in India in the next decade, however, plant based meat is already gaining a lot of momentum.

India is a price-sensitive market so to reduce the costs, companies are using a lot of cheap ingredients which in turn is turning consumers off since the price of raw meat is already so affordable. Plant-based eggs as a category are literally being created in India because of Evo and so far we have seen tremendous interest from consumers.

Earlier this year, you revealed the world’s first heat-stable and plant-based boiled egg; tell us a little about how the product has been received so far.
We are now selling our boiled egg products in 2 form factors and 4 SKUs in Mumbai across foodservice, direct-to-customer and retail channels. So far, Evo has been consistently selling out in all these channels, especially DTC. In just 20 days of our online launch in August, we have sold over 3000+ eggs equivalent! We are launching in 2 more cities this month and are expanding our manufacturing capacity too.

Which markets will you target first, and where do you plan to expand?
We are consistently growing at 5-7X every month in revenues and are expecting immense growth in the next six months with the launch of the liquid egg and being present in 8-10 cities in India. We firmly believe that India will take off as a market when the products become price comparable to their animal counterparts without compromising on ingredients quality and innovation.

That is obviously 4-5 years away. Hence, we are less likely to invest our resources in penetrating the Indian market. Our target is a leadership position in India in the egg category in major cities where the market lies.

Ultimately, we do envision ourselves selling the products in the US sometime next quarter since our products are better than competitors (which was proven in our tasting events in the US) and are far more affordable. Expect a few announcements regarding the US launch soon!

Tell us more about your cost reduction efforts. What is the current status?
Price parity is the ultimate game changer in alternative protein. It will have a trickle-down effect on categories and will transcend into early majority. We already have launched on price parity in India with the premium eggs category and our products are more affordable than organic eggs in India. We aim to launch in the US with price parity in the egg category which is not difficult for us.

The real challenge will be to beat normal egg prices in India (7 INR or 0.08 USD). We are right now at 30 INR (0.38 USD). To reach that price tag, we are planning to invest heavily in R&D, supply chain and scaling up over the next 5 years. In 2027, Evo will hit the 7 INR/egg price tag. The best part will be that egg prices are going to rise across the world due to rising feed prices.

Will you stay within the egg alternatives category, if so why?
Yes. 1.3 trillion eggs are produced globally in a $230B market and there are very few companies that can achieve the right balance of taste, texture, nutrition and affordability in plant-based eggs.

The category is currently dominated by ‘just’ one player right now and desperately needs innovation. Evo will be the winner in the category over the next 3-5 years and will own at least 30-40% of market share according to our plans.

What are some current and upcoming innovations for Evo Foods?
Our plant-based liquid is coming to the market this quarter and we are extremely excited.

There are a couple of innovations coming in the boiled egg category as well as sunny side up category but we plan to release them gradually to maintain excitement amongst consumers.

Other than that, our partnership with Ginkgo Bioworks will result in some disruptive innovations which are unheard of in the alternative protein category as a whole.

What would you like to achieve with Evo and where would you like to be in five years?
Internally we have a saying for this: Evo in every home. While this is an ambitious goal, we definitely aim to be present on all continents while being the market leader in the US, India and SE Asia. Our goal is to replace 10% of the total eggs sold in these markets to reduce the environmental impact coming from eggs.