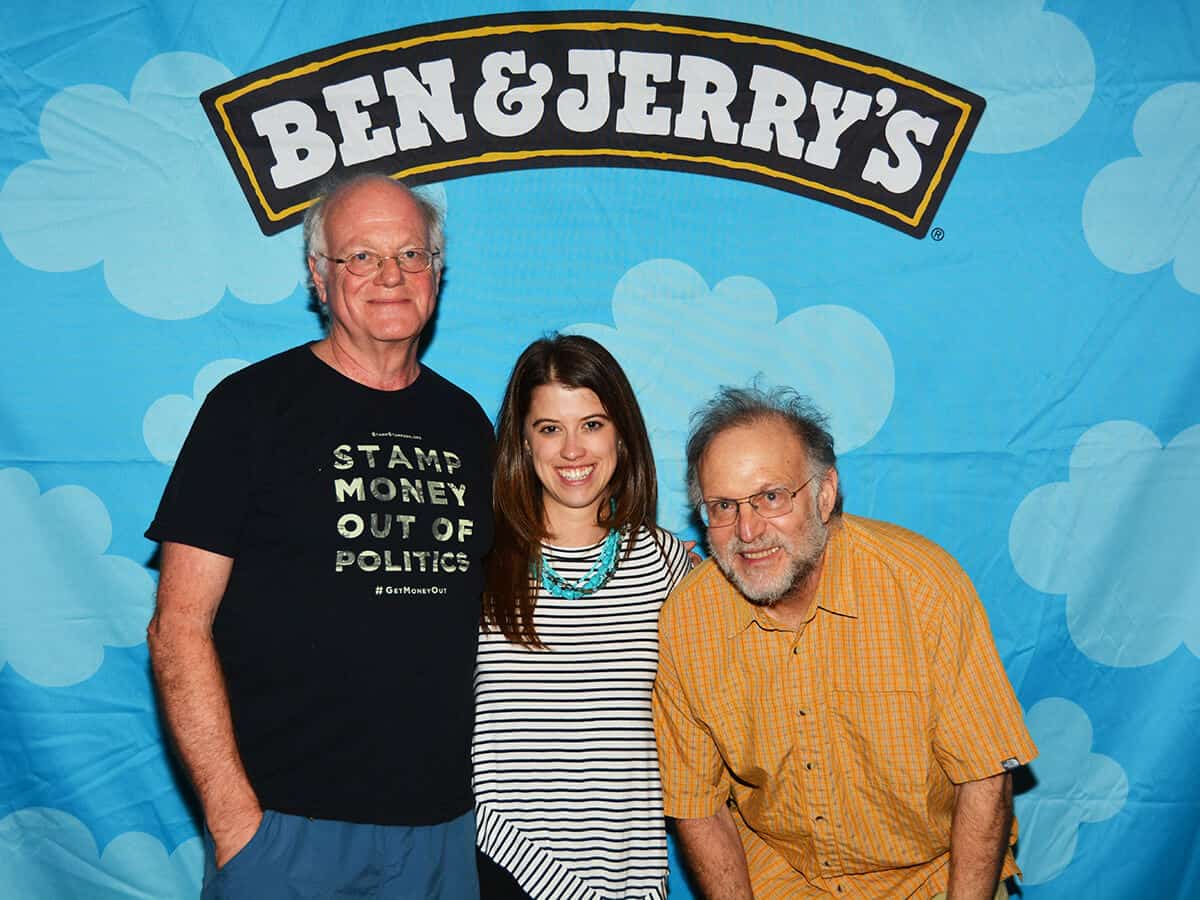 Established in 1978 in a renovated gas station in Burlington, Vermont, Ben & Jerry’s fast became one of the most recognisable brands, with 40 flavours now available in 35 countries across the world. Here, vegconomist is excited to reveal exclusive vegan news from the well-loved ice cream specialists.

In 2016 Ben & Jerry’s debuted its first 100% dairy-free line in the US, with four vegan flavours, then later added three additional varieties. In the UK, the non-dairy line was made available from 2017, including public favourites Chunky Monkey, Chocolate Fudge Brownie and Peanut & Butter Cookies. Their dairy-free range is created with almond milk and is 100% certified vegan.

We asked Ben & Jerry’s lovely PR representative, Lindsay Bumps, about their world-famous brand, and we are pleased to reveal their exclusive vegan news…

What is your current vegan range?
We have 12 Non-Dairy Flavors (11 in pints, 1 Scoop Shop exclusive), which all are made with an almond milk base. You can find the full line up here: https://www.benjerry.com/flavors/non-dairy

Can you tell us more about your recent innovations?
In 2017 Ben & Jerry’s launched Pint Slices – a hand-held ice cream bar covered in a chocolatey coating. In 2016 we launched Non-Dairy.

What differentiates Ben & Jerry’s from other brands?
Ben & Jerry’s is known for euphoric flavors filled with chunks and swirls. In addition to making incredible ice cream, the company bases its business on a three-part mission statement, which includes a Social, Product and Economic component. Ben & Jerry’s is an aspiring social justice company supporting issues such as Climate Change, Racial Justice, LGBTQ rights and non-GMO/Fairtrade ingredients.

How will veganism continue to impact your brand?
Non-Dairy continues to be an important driver of growth for Ben & Jerry’s.

Our fans have been thrilled with the non-dairy versions of our flavors, made with almond milk and full of the euphoric chunks and swirls we’re known for. It took us three years to perfect the base mix and we are now creating flavors like Coffee Caramel Fudge and Coconut Seven Layer Bar that are every bit as indulgent as our ice cream flavors.

In 2019 we intend to invite not just the core vegan consumer, but everyone to enjoy our non-dairy products.

How do your vegan ice cream sales figures compare to your dairy ice creams?
We don’t give out sales figures, but about 20% of our current product offerings are vegan. The introduction of Non-Dairy also brought in “unique” consumers to the brand, those who can’t or choose not to consume dairy now have an option in our Non-Dairy offerings.

Ben & Jerry’s is well known for its social and ethical campaign initiatives. Is the vegan movement one which you stand behind as a brand?
We believe in giving our fans choice, and that non-dairy fans deserve the same euphoric experience as our dairy fans. Whether you are choosing a Non-Dairy diet because of nutritional or ethical reasons, you don’t need to compromise on taste with our vegan flavors.

We hear that you have some exciting non-dairy news – would you be willing to share this with our readers?
YES! Ben & Jerry’s is thrilled to announce TWO brand-new Non-Dairy Flavors, Cookie Dough and Chocolate Caramel Cluster, both made with almond milk. With the addition of these two flavors, Ben & Jerry’s entire product line up is now approx. 25% vegan.

In case you didn’t catch that, Ben & Jerry’s revealed exclusively to vegconomist that their #1 fan favourite flavour, Chocolate Chip Cookie Dough, has now been officially veganised.