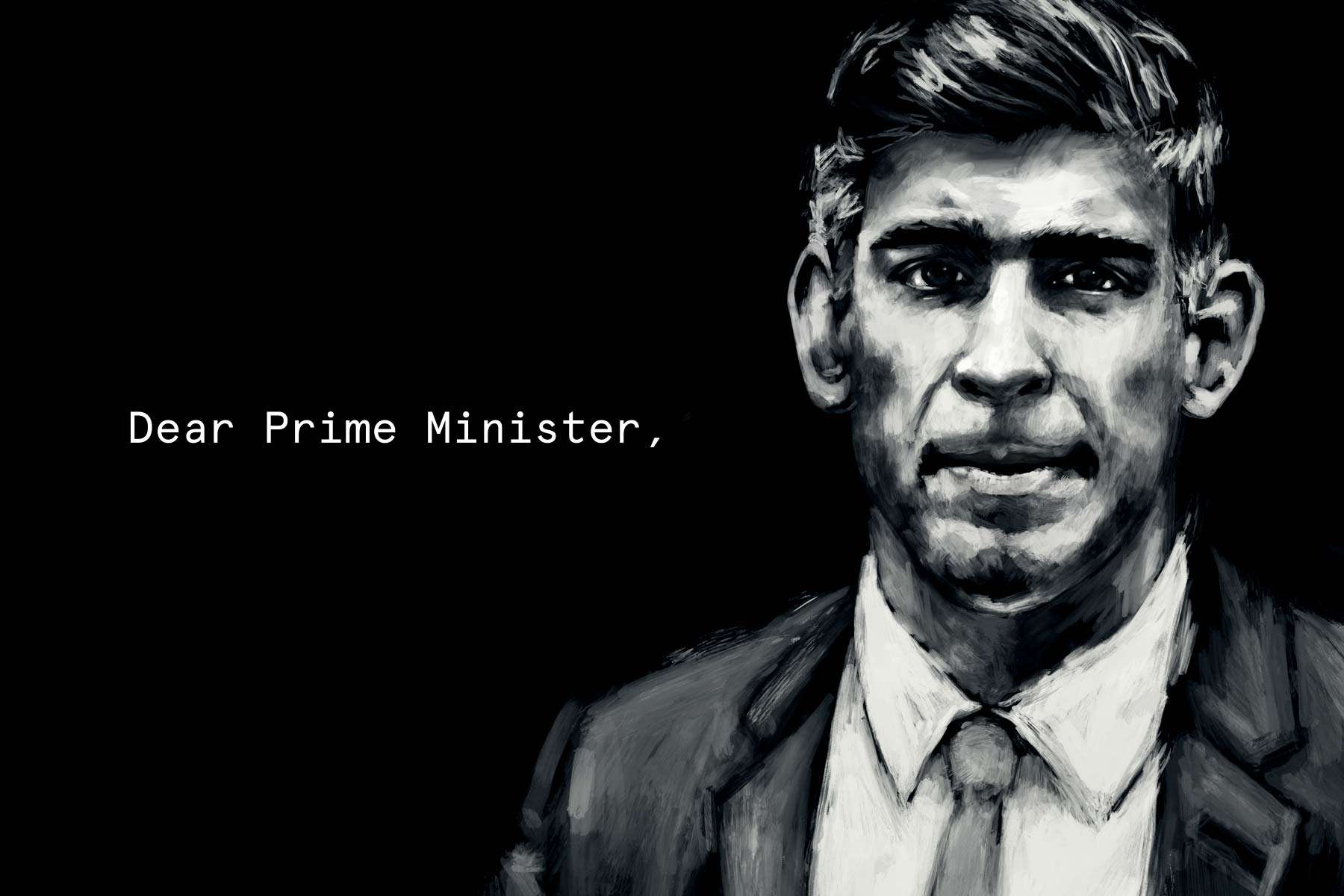 Today, campaigners from international NGO Generation Vegan (GenV) are carrying out a publicity stunt in London, driving tractors around Parliament Square and past Downing Street in an effort to persuade Prime Minister Rishi Sunak to go vegan for one month for a £1 million charity donation.

Attached to the tractors are giant inflatables of a globe, a million-pound coin, a cow, and the Prime Minister himself. Over the weekend, a 25-feet high mural was painted in Shoreditch (pictured below), by the campaign organisers who will also drop a banner in a prominent location as well as march in a carnival-style procession to Downing Street, distributing hundreds of free vegan meals made by VFC.

As yet, the Prime Minister has failed to respond. We spoke with GenV’s CEO Naomi Hallum to find out more.

Previously known as Million Dollar Vegan, you decided to rebrand as GenV to better reflect your organisation’s direction. What is the updated mission and vision behind GenV?
The coronavirus pandemic changed everything, including us. We launched a global food solidarity campaign to Take Pandemics Off The Menu and help those most impacted by the virus and, over the next two years, we donated over a million meals. We focused on working with other social justice campaigners and movements, and together we shared more widely the many positive reasons for adopting a plant-based diet.

“We became Generation Vegan – aka. GenV – and adopted the tagline: UNITE. DISRUPT. TRANSFORM”

In August 2022, we officially rebranded in recognition of the multiple different strands of our work, and our renewed commitment to a more intersectional approach. We became Generation Vegan – aka. GenV – and adopted the tagline: UNITE. DISRUPT. TRANSFORM. It summarizes our vision of a just world where respect can unite every sentient being and disrupt any form of oppression, bringing veganism for all.

Tell us the story behind your famous Million Dollar Challenges and any personal highlights or memories that stand out.
We launched in 2019 with a flash campaign that challenged Pope Francis to go vegan for Lent in return for a $1M donation to charity. The Fight Climate Change With Diet Change campaign was supported by Sir Paul McCartney and Woody Harrelson, and made headlines all around the world. We even got a blessing from the Pope himself, although not the promise to go vegan we were hoping for. Nevertheless, news of the campaign reached an estimated 545M people – meaning that the campaign was a bigger success than we could have ever hoped for in terms of educating people about the benefits of a vegan lifestyle.

Because of the huge impact this campaign had, we decided to continue with our million-dollar vegan challenges.

Why have you chosen Rishi Sunak for this campaign and what impact could his potential participation cause? Do you think he will respond / has his office made any comment so far?
The UK Prime Minister has regularly spoken about the importance of showing compassion, and of safeguarding our planet for future generations, so we’re giving him the opportunity to walk the talk by going vegan. He may not respond, either because he loves his chicken and cheese too much, or because he’s afraid of receiving backlash from farmers, or both – but there’s little hope if he fails to acknowledge the damage that animal agriculture is causing not only to the UK, but also to the planet.

“…if they’re not held accountable then why are they even in a position of influence?”

As our leader, I would expect him to at least read our letter, take account of why we’re asking him to go vegan, and strongly consider the important message that this would send to the country.

Why is it important to confront politicians and world leaders about the vegan lifestyle and the benefits that go along with it?
Our world leaders need to be held accountable for fulfilling their promises to ensure a better future for all of us, because if they’re not held accountable then why are they even in a position of influence?

What are your Top 5 reasons to go vegan in 2023?
For the animals, for the planet, for health, for humanity, and to prevent future pandemics. But above all – for the animals, because farmed animals are suffering and dying in their billions, and it is all completely unnecessary. Let’s be compassionate, make conscious choices, and turn away from this cruel and exploitative food system.

What would you personally like to achieve with GenV moving forward?
We want to educate the world about the environmental, ethical, personal, and public health benefits of adopting a plant-based lifestyle, so that more people feel driven to act with kindness and integrity, and with an increased duty of care towards animals, exploited workers, nature, and the future inhabitants of our planet.

Eventually, we hope to see a global shift to plant-based food systems as a practical means to create a more compassionate, humane, sustainable, safe, and equitable world for today, and to defend the rights of children and future generations to a viable future.

“Eventually, we hope to see a global shift to plant-based food systems”

If the tobacco industry can be exposed for the destructive and dangerous industry it is, so too can animal agriculture – and hopefully with similar results.