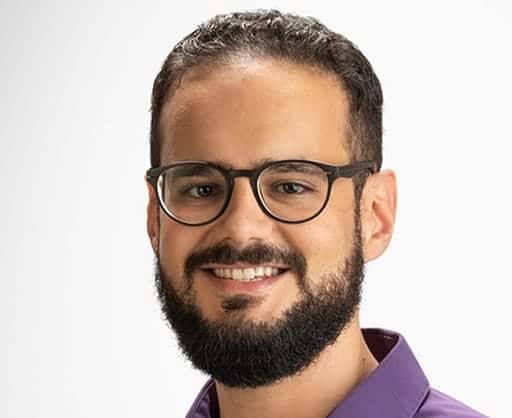 Brazil, Latin America’s leading economic power, has been hit hard by the Covid crisis. In 2020, GDP fell 1.4% from the previous year, not to mention the enormous human cost inflicted by the pandemic. However, the country’s central bank forecasts that national GDP will grow 3.6% this year, and despite the consequences of the crisis on so many levels, Brazil remains a regional focus for innovation in the area of alternative proteins.

To hear the voice of a true expert in this sector, we spoke with Gus Guadagnini, CEO of The Good Food Institute in Brazil, an organisation that promotes and facilitates the transition to an animal-free food system.

Please tell us a little bit about yourself and how you came to The Good Food Institute Brazil.
I’m a business person who worked mainly in big corporations, focusing on innovation and opening new business units in Brazil. Entrepreneurship, consumer habits and technology trends always inspired me in my career. After seven years working in my previous job, I decided to turn my career around and follow my desire to contribute more to our planet. My wish was especially to contribute to the animal cause since I was already a vegan at the time. My life-changing journey took me to some exciting consultancy projects for impact-focused startups. Still, I wanted to focus on my own cause. After a while, I ended up being connected to Bruce Friedrich, who had started GFI US just a few months before. We decided to test Brazil as a possible second location for GFI. This is how my story began in the Institute! I started GF BR on February 1st, coincidentally precisely one year after the official launch date of GFI US.

What role does GFI have with regards to businesses and entrepreneurship in Brazil and other countries in Latin America?
Our Corporate Engagement Team (CE) builds collaborative relationships with the largest food producers (including meat companies), startups, investors and retailers to maximize the availability, quality, quantity, and promotion of plant-based meat. We don’t just inform people about these fields, but we provide them with crucial information on the market, including consumer knowledge. For example, we map out “white spaces” in all animal-free meat, egg, and dairy fields, showing where there are opportunities. We open-source research and the current state of science and engineering so that no one has to start from scratch and reinvent the wheel. In short, GFI is a think tank for plant-based and cultivated meat fields. In addition to inspiring and recruiting new people to these fields, we help build founding teams and start new companies. Once we have enabled to build these teams, we provide a variety of services, from marketing and branding to business plans and public relations. GFI connects these new companies to sources of funding and provides guidance on regulatory issues. We also help build coalitions of new and existing companies to understand and address regulatory issues. In this way, GFI acts as an accelerator for the plant-based and cultivated meat market sectors.

GFI also engages with foundations, corporations, investors, and governments and explains the value of research and development (and mergers and acquisitions) in this field, especially as a critical component in addressing public health, sustainability, climate change, and global hunger. These efforts seek to shift tens of millions of dollars in government and foundation grant money toward animal-free meat, eggs, and dairy. Already, our efforts have helped spur significant investments in – and even acquisitions of – plant-based and cultivated meat companies by some of the world’s largest food companies, giving these companies greater resources and expertise to develop their products and bring them to market more quickly and broadly.

We also lead the efforts to fight back against the reactionary and protectionist attempts by some entrenched interests. GFI exposes efforts to hinder the development and marketing of animal-free meat, eggs, and dairy while providing a voice for progress and innovation to journalists and others. We are working with legislators and regulators to ensure a clear and efficient path to market for cultivated meat. The Good Food Institute is helping to fundamentally change the food system, accelerating the shift from industrial animal agriculture to animal-free meat, eggs, and dairy. We do all of the above not only in Brazil but also in the United States, Asia-Pacific, Europe, India and Israel.

In Brazil, we were the first part talking about alternative protein. We are proud to be an essential part of all the most relevant projects in the region, such as the startup Fazenda Futuro and also the investments made by large corporations like JBS. We are also partners for the investment community, like the VC Enfiny and retail, such as GPA. We are the principal government advisor about this subject and the leading advocacy for science in the region.

Would you be able to give us your personal assessment of how the plant-based foods sector is developing in Brazil compared to North America and Europe?
The alternative protein sector will grow exponentially in the coming years, both in Brazil and worldwide. However, Brazilian agribusiness is incredibly well developed, supplying the whole world with grains, vegetables, and animal products. Besides that, the consumers in the region are very open to plant protein. Therefore, I can say that the sector is developing much faster here and that this trend will be sustained in the coming years. Only a couple of years ago, we had almost nothing in the meat analog market, and today Brazil already exports to more than 15 countries. This fast-growing market, as I mentioned, is due to the vocation that we already had for the agri-food sector, counting with excellent scientists, large meat and food companies, established logistics networks, among other factors.

About consumer acceptance, GFI commissioned research in Brazil last year to find that 50% of the local population is already reducing meat consumption. Besides that, 37% already included plant-based meat in their routine, and only 7% never would consume plant-based products.

At the same time, the economy in Brazil and Latin America is still suffering the effects of COVID 19, and it is not showing signs that it will be back to pre-pandemic levels much soon. This is why we believe that the exportation business will play a vital role in the growth and development of plant-based companies in the region in the next couple of years.

In synthesis, while excellent consumer acceptance and pre-existing infrastructure is growing the alternative protein markets both in Brazil and Latin America, it is clear that the local economy is under pressure and will take a while to recover.

How do you see the future playing out for the plant-based foods and cell-cultured meat sector in Brazil and Latin America?
About plant-based: During the first years of the industry, our region is trying to cover the product and technology gap between what we have here and in more developed markets. This task is in an advanced stage since Brazil and other countries like Chile are already producing some of the most delicious plant-based products globally. Everything points in the direction of keeping a robust private investment in the area.

Considering that, I believe next years will bring a more specific view about the region and how it can play a unique role in the alternative protein sector. Latin America is the home of the largest rainforest in the world, the Amazon, and there is tremendous potential to develop new ingredients using its biodiversity. The same applies to other areas of the region, such as the Cerrado biome in Brazil. We will soon be eating new sources of proteins, fats and fibers that come directly from the Latin American biodiversity and add a second layer of sustainability for the industry. Besides the positive effects of replacing animal products, our industry can create a local-based economy that will support producing communities and create a financial incentive to keep the forests alive.

Not only will the forest be part of this game, but also the local grains and vegetable productions. Last week, the meat giant BRF launched a new product that uses Brazilian beans as a source of protein. This is a trend that I bet to see spreading throughout the whole region: the prioritization of local ingredients produced closer to the manufacturing facilities of the food industry and that are already traditionally part of the local culture.

About cultivated meat: this is an area that has just started in the region and probably will be driven by the large meat manufacturers that are very present in Latin America and have enough resources to invest in high technology. BRF already announces that their cultivated meat product will be made in partnership with the Israeli startup Aleph Farms. Following this announcement, it is very likely that other major corporations will be joining the sector and investing heavily to dispute the local market. It is a newer area but still very prominent, and it can also benefit from the thousands of animal species present in the region’s biodiversity.

Is there anything you would like to tell our readers who are considering starting or expanding their own business in the plant-based or cell-cultured meat industry in Brazil?
Brazil is not a simple market: it is a continental country with a complex logistic system, a hard-to-understand and onerous tax environment, complex laws, a low-income average among the population, and it is not entirely stable politically. However, it is also a large consumer market, with a solid tradition for buying animal products and high acceptance of alternative substitutes. It also has a world-leading food industry and established distribution for the whole planet. In addition, the country is also very well served by impressive scientists with decades of knowledge in the food area, has strong universities and a solid workforce capability for the sector.

Brazil is also going to be at the center of the most relevant debate of our century: preserving biodiversity and forests such as the Amazon. Therefore, starting a business that collaborates with this goal may put companies and entrepreneurs in a unique position to profit in a way that can also collaborate to the world’s most pressing environmental issues. My takeaway: starting a business in Brazil may not be easy, but it is worth the effort. Suppose the company is based on innovation and wants to grow in a sustainable and environmentally friendly way. In that case, Brazil may be the ideal home for it.