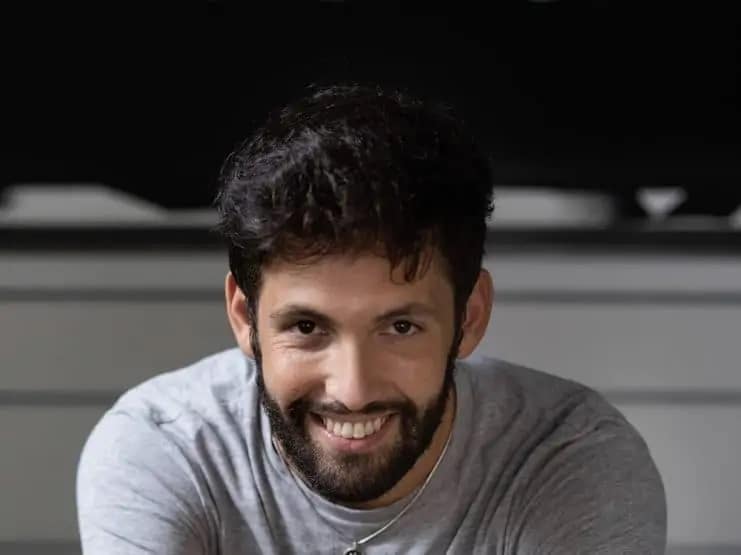 Heura is not a company, it is a whole movement. The famous Spanish vegan meat brand has recently gone from winning awards, conquering the European market, to fighting a court case led by a meat industry feeling threatened by the rise of plant-based foods. The food activists recently succeeded in their first part of this battle, allowing them to continue spreading their crucial message and push towards the global protein transition.

vegconomist en español recently spoke with Co-founder Bernat Añaños, who gave us the opportunity to learn in detail about the successes and tribulations of his company, as well as his plans for the future.

Tell us a little bit about yourself, how did you end up as co-founder of a company like Heura and what was the reason?
I have always had a very strong connection with nature, and I always suffered a lot when I saw a fire or when I saw a wounded animal. I come from a very traditional small town and there was a point in my life when I wanted to discover the world and see where I could put my efforts to improve it.

I went to Belgium, China and many other countries. I spent hours on projects but none of them fulfilled me and I didn’t feel they had the impact I wanted to have on the world. Then I started going to Barcelona a lot, where I met Marc Coloma in 2015. He had an embryonic project to make meat directly from vegetables because it is the best way to make people aware of how to make changes for the planet.

“We are very clear. We want to take animals out of the food chain.”

From there I started to help him, and very naturally we decided to do this together. From there Heura was born, something that made me say “Wow, I think this is my space in the world.” I saw it as a real way to connect with nature and with animals. I feel we have to do a lot to truly respect them. Also, by developing a healthier product it shows our empathy towards people as well.

We are born from activism. We have worked out the whole structure of the company from activism. To sum up, I am driven by social causes and social justice, all those projects that promote a more advanced and empathetic society. In Heura I found this space.

What differentiates Heura from other similar brands?
First of all, I want to emphasise that for me other plant-based food brands are not competition, they are allies. We need each other because the change is so big and the protein transition is so important in all countries of the world. We need more companies and more projects pushing in the same direction.

However, I think Heura has three things that make us different. First, we are born out of activism. We have worked out the whole structure of the company from activism.

Secondly, we are the only great brand born of the Mediterranean. We are a culture with a strong connection to nature. Sustainability is in our DNA. We are also a culture that loves to eat and share what we eat. Mediterranean palates are very demanding, so we take the quality of our products very seriously.

Third, we put health at the centre, using the healthiest fats, such as olive oil, and creating products that have a place in the Mediterranean diet of this century. We strive to make our products nutritionally very complete and of very high quality.

Heura has become famous for its “controversial” advertising. Tell us a bit about the public’s responses, both positive and negative, to your advertising campaigns.
Some say it’s controversial. I would say it’s direct. We are not used to companies daring to make direct messages. Normally they only talk about the benefits of the product for the consumer. We are very clear. We want to take animals out of the food chain. To achieve this, we will tell as many truths as it takes and open everyone’s eyes. The public deserves to know the impact of meat on our plates, at the very least.

This whole legal process has helped even more to get this message across to many, many more people.

There are people who feel attacked for reporting these facts. To these people, I would say that our aim is not to attack anyone. Our aim is to inform people because information is power. The system right now is trying to hide a horrible impact, one that is very difficult to know about. The sooner we know about this impact, the sooner we can make the necessary changes and the closer we will be to solving the climate crisis.

Heura has found itself in the middle of a lawsuit by meat industry leaders. Can you elaborate on how they have fared in this process?
We had been informing people about the environmental impact of meat for three years through social media and face-to-face talks. But when we put up the poster in the centre of Madrid saying the same thing we have always said, it occurred to the meat industry that we were speaking too loudly.

“Our aim is to inform people because information is power. The system right now is trying to hide a horrible impact”

We have also learned to listen more to the people, both to the people who are for us and to those who are against us. For this reason, we have learned a lot.

Spain has the potential and all the credentials to be a world leader in the protein transition. But instead of using this space to generate debate and push the transition forward, we have spent a lot of time on a judicial process that in the end has proved us right. Now, instead of worrying about who has won and who has lost, let’s wipe the slate clean because we have the opportunity to sit around the table, all of us who have responsibility in this sector, and come up with solutions.

What are the plans for the future of Heura?
We want to be a global player in the protein transition and send products and information that come out of the Mediterranean and have a global impact in many countries. We believe that in the Mediterranean we have a lot to say in this transition and the responsibility as a gastronomic culture to be part of this meat of the future.

Spain is historically and eternally linked to Latin America, where we want to go.

We do not want to be a substitute for meat, we want to be a successor, which means being better in everything. In terms of sustainability, we will always win. We are landing the Heura movement in many countries. But that is not all. We want to continue to create empowered and informed communities about meat so they can make more informed choices.

For people seeing this in Latin America, I want to say that Spain is historically and eternally linked to this part of the world, where we want to go. That is why we have already arrived in Chile, where we are available in Tottus, a place where we have been very successful. I tell those in Mexico to be very attentive, to follow us on the networks, because something is going to happen, and Colombia is on the map of countries where we want to be.

We have many people writing to us every day from Colombia, Peru, Argentina, Chile, Mexico… Everyone is asking for our products. We are working to make this happen and they won’t have to wait long.