Pioneering investor in vegan, cruelty-free and animal-replacing products and services Beyond Impact (part of the larger Beyond Investing vegan investment platform) is making its expertise in the selection of high potential and impactful companies available to a wider audience of investors with the launch of its Vegan Diversity Fund, available on the Angellist platform as a Rolling Fund with first close on July 1st 2021.

Beyond Impact has been an active investor in this sector since 2017, participating in the earliest rounds of cellular agriculture companies, like Mosa Meat and Blue Nalu, deeptech alternative protein producers, such as Geltor and Clara Foods, and plant-based brands, such has Meatless Farm and Plant Veda. Since its initial seed investments, companies in its portfolio have gone on to raise 100s of millions of dollars, bring innovative animal-free products to market and expand globally.

We had the opportunity to sit down with Claire Smith, CIO of Beyond Impact and CEO of Beyond Investing, to find out more about the new fund.

Claire, tell us about the name of the fund, firstly why “vegan” ?
The primary purpose of this program, and indeed all of the Beyond Investing investment products, is to accelerate the transition towards a kinder, cleaner, healthier world, for the benefit of people, animals, and the planet. In its latest definition of veganism, the Vegan Society promotes the development and use of animal-free alternatives, and the Vegan Diversity Fund will seed and support with further investment those companies whose products replace the use of animals and make it easier and more enjoyable to adopt a vegan lifestyle. Therefore, it is appropriate to describe the fund as “vegan”.

And how do you anticipate promoting veganism as a lifestyle through the fund?
As a vegan myself for many years, in common with members of my team, we well understand how a lack of acceptable vegan substitutes is off-putting to people, and how important it is for vegan foods to taste delicious and be convenient and affordable. This is only achieved by providing greater choice to consumers and scaling companies up to a size where they can compete with the food industry majors. This requires money, and, with the growing interest in a plant-based lifestyle and the massive improvements presented by foodtech to create superior and sustainable animal alternatives, the fund aims to spur on veganism through helping entrepreneurs bring more high quality products to market and grow their companies to take more market share and create more impact.

And why emphasise “diversity”?
Well our team is majority female and ethnically diverse, and in addition the existing Beyond Impact portfolio has enviable metrics for diversity and inclusion, with almost 50% of firms founded by women, and almost 40% having minority representation in top management. We will continue in the same vein with this new fund, preferentially investing in diverse founding teams, not just for the social impact angle, but because we have found them to be at least as driven, well-qualified, resourceful and hard-working as the standard group of white male founders favored by most venture capital firms. This perception is supported by statistics from studies of successful businesses created and run by women and minorities. 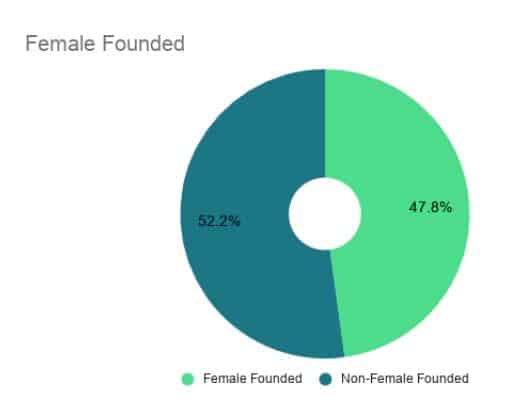 Tell us a bit about the investing background of your team.
The Vegan Diversity Rolling Fund, with its focus on US-based founders, will be managed by myself, in partnership with Tyler Mayoras, who is based in Chicago, and supported by the rest of the Beyond Impact investment team. Prior to directing investment for Beyond Impact, I spent over 30 years in finance and investment at a senior level at leading banks and investment advisory firms. Tyler was until recently a portfolio manager at Advantage Capital Partners, investing in food and agribusiness companies throughout the US, and has himself a 30-year career in finance, private equity and impact investing. He is an active private investor in vegan companies, such as Spero and Lavva, and is the co-founder and CEO of EatCoolBeans, a manufacturer of frozen vegan wraps, and will remain in this position while partnering on this fund. Other members of the Beyond Impact team have expertise in food company operations, industrial manufacturing and impact venture funds.

The Vegan Diversity Fund on AngelList has a North American focus – how active has Beyond Impact been as an investor in this region? Tell us a bit more about your current US positions?
Over 1/3 of the portfolio currently advised by Beyond Impact is in companies in the US and Canada, and these include some well-known names, such as the recently listed Plant Veda, a producer of cashew-based creamers and lassis, (ticker “MILK” on the Canadian Securities Exchange). Silicon Valley-based synthetic biology companies Geltor and Clara Foods are replacing animal-derived collagen in cosmetics and animal-derived enzymes and proteins such as those in egg whites in food and industrial products. In 2018 Beyond Impact seeded both San Diego-based Blue Nalu, which is culturing fin fish from cells and upcycled food specialist Renewal Mills, which takes the byproduct of other plant-based food manufacturing, like tofu and oat milk, and creates gluten-free baking mixes. Chicago-based Back of the Yards Algae Sciences, an innovation platform for the development of algal ingredients and anaerobic digestion of food waste, is another example of how Beyond Impact is furthering the future of sustainable food and the circular economy. In the clothing and materials area, Beyond Impact provided seed capital for MINK Shoes, a luxury vegan shoe and accessories brand.

Can anyone invest in the new fund? How does the Rolling Fund work in practice?
Investments are accepted by the AngelList platform from US investors who meet the test of accreditation, which is based on annual income, or net worth and AngelList will apply the same tests to any non-US investor who wishes to invest. The Rolling Fund is effectively a series of mini-funds, with the capital inflow in any three-month period funding a group of investments, that investors who put in money over that period will participate in. For this reason, it is recommended that people spread their investments over multiple quarters in order to be more diversified over a larger number of deals, since not all deals will be invested in during a single quarter.

More information and a link to subscribe is on AngelList here.

The lists of investments featured above were selected due to their being geographically relevant to the new fund. These lists are provided for illustrative purposes only and are not an exhaustive list of all investments made. A full list of investments is available upon request.

Introducing CORKonLINEN: a Unique and Compostable Leather Alternative
May 17, 2022