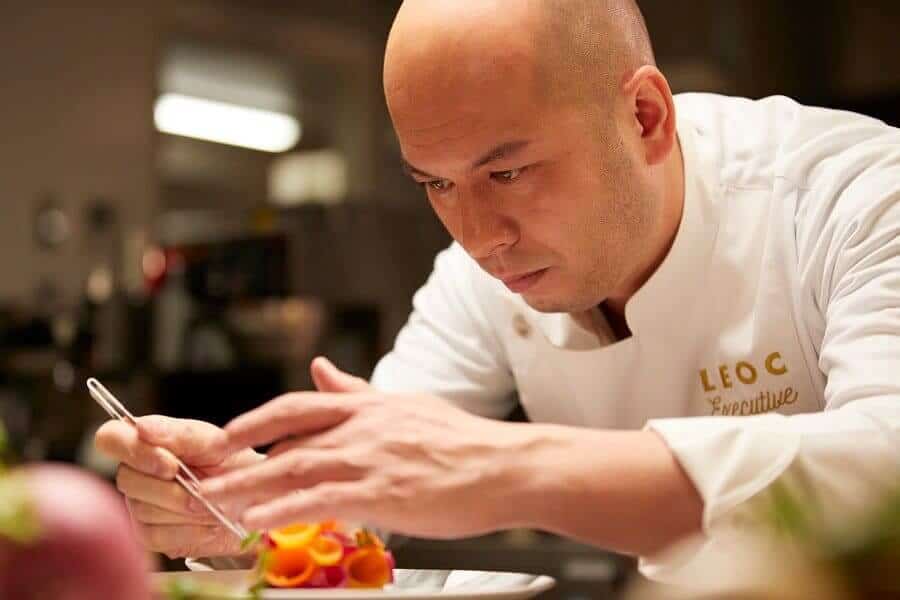 Although Japan will hold the Olympic Games in 2021, many of us might view the nation as far from vegetarian and vegan friendly. Meanwhile, the movement called “1,000 Vegan Project” is gathering attention. Hiroto Yamazaki of Tokyo’s freefrom interviewed ONODERA GROUP / LEOC Co‘s Executive Chef, Hitoshi Sugiura for vegconomist.

What is the “1,000 Vegan Project”?
We at LEOC provide meals at more than 2,300 facilities from Hokkaido to Okinawa, such as employee cafeterias in offices and factories, dormitories, schools, sports facilities, nursing homes, hospitals, nursery schools, and facilities for people with disabilities.

“1,000 Vegan Project” is an initiative to provide vegan cuisine at 1,000 canteens operated by our company.

What a big scale it is…!
Up to now, there have been initiatives on a company-by-company basis, such as at a famous automobile company, but this is the first case to provide such a big scale in Japan.

Please tell us about the background to the launch of the project
Due to the influence of the media, I feel that the awareness of vegan has increased in Japan, but it is limited to some cities, and it’s still behind in the nationwide. We hope that this initiative will lead to an increase in vegan awareness throughout the country.

What brought you to the vegan world?

In 2009, while working in the Patina Restaurant Group in the United States, I witnessed food diversity such as vegetarian, vegan and halal. I still remember the shock of seeing people from different countries eating at the same table, while respecting each other in a mixed culture.

After returning to Japan in 2013, I found that the vegan food culture has not penetrated, so I held cooking school and also joined “The Vegetarian Chance”, a world competition of cooking using only vegetables (Turin, Italy) to raise awareness in Japan.

Please tell us about the points of the project
We created a manual book and a manual video for the staff at the site of the office, and gave a lecture on cooking methods. We also prepared a message card to convey the significance of the project to consumers.

First of all, we started to deal with meals at 276 nursing homes.

Have you actually received feedback from customers?
We received positive comments from customers, saying, “I could understand the significance of plant based diet with reading the message card and it was very delicious.”

Finally, please tell us about your future outlook.
First of all, we start with the 276 nursing homes and gradually spread it to employee cafeterias of general companies, and finally we’d like to offer vegan cuisine at more than 1,000 canteens.

◆ Hitoshi Sugiura ONODERA GROUP Executive Chef. Born in Osaka. He went to the United States in 2009 and studied under Joachim Spritchar, the founder of the Patina Restaurant Group, which has about 50 stores nationwide. In 2014 and 2015, he was an executive chef at a reception event held by the Japanese representative of the United Nations at the official residence of the Japanese Embassy in New York. In 2017, he was selected as one of the top 8 chefs in the world vegetarian cuisine competition “The Vegetarian Chance”, and in 2019, he received the first “Chef Award” at the “Vegetarian Award” in Japan. As the executive chef of ONODERA GROUP, he has been advocating “social food gastronomy” to approach cross-cultural understanding, health and environmental issues through food, and is expanding the stage of his activities.