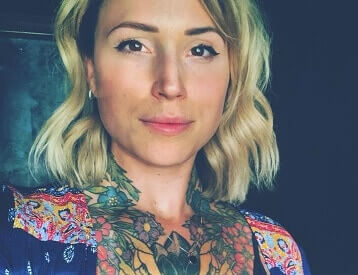 Plant-based media company LIVEKINDLY is the home of informative and thought-provoking content focusing on sustainable and compassionate living.  Launched in Spring 2017, LIVEKINDLY quickly became a global success across North America and other markets.

LIVEKINDLY means “to live in a way which shows appreciation to our humanity, our home and those who share it with us”. We interviewed LIVEKINDLY founder and CEO, Jodi Monelle, who turned her small blogging business into an international success.

What first inspired you to launch LIVEKINDLY?
I noticed that there were no positive, inclusive media outlets covering the topic of living a plant based lifestyle. Everything out there in the media landscape is focused on the problems we face rather than the solutions – both mainstream and alt, pro-vegan-media.

I wanted to create something solution and community focused that empowered people to make changes in their lives instead of bullying them into it. I truly believe that decisions made this way are more sustainable and to be honest, most of us are so disillusioned with fear-mongering media nowadays… I just want to make people feel GOOD about doing something good.

What is your current readership?
Our most current data shows 1.5M per month. Our following on Facebook grew at a phenomenal rate, organically for the first 18 months and we have a highly engaged readership there of over 750,000.

What piece of advice would you offer to vegan entrepreneurs or those with an interest towards investing in vegan business?
Do it now. We’re on the cusp of something big that is not going away. It’s not a trend, like gluten-free. This is the future of food just as electricity is the future of transportation. I encourage anyone thinking about investing or starting a business in the plant based space to become an early adopter.

What is the key to running a vegan media company, in your opinion?
I can’t speak for anyone else, but for LIVEKINDLY, the most important thing for us is knowing that each piece of content we produce serves a purpose and speaks to the audience we are in pursuit of. Not everyone realizes this, but LK was created to appeal to a non-vegan audience. Whilst 58% of our readers are vegan and continue to help us grow and expand the reach of our message, it’s the non-vegan audience that we think about when we decide on our content schedule.

Know your audience (or target audience), know your purpose and ensure that the content you produce is an effective way of meeting those two pillars.

In which regions are your readers based?
Mostly North America, UK and Europe, however we do have a significant number of followers in Australia/NZ, India and Asia too!

You raised one million dollar capital, how do you plan to utilise these funds?
We’ve actually just started monetizing. After 19~ months of growing our traffic and community, we’re putting our funds toward creating more value for our readers. Soon we’re launching a customizable meal-plan service and in 2019 we’re doing some R&D for a new arm of the business. It’s too early to reveal exactly what we have planned but… let’s just say, we’ll be making use of a very interesting vegan ingredient that is typically quite difficult to find and very much in high demand.

What are your next plans for LIVEKINDLY?
We’ll be fundraising again in about 5 months so right now I’m looking to continue broadening my network of impact investors. In terms of the company itself, we’ll have a few exciting launches in 2019 and just continue to create as much solution-focused content as possible. It’s my mission to scale LK’s community and reach exponentially and positively impact as many lives (human and non-human animals) as possible.

How will the vegan lifestyle develop in the next 20 years?
I believe a number of things are likely to happen. Lab-grown meat will be pretty normal. (Correct, it’s not vegan, but I think it’s inevitable, and thankfully ends animal suffering and drastically reduces GhGs). I think 95% of menus will be plant-based. We’ll see an incredible transformation in terms of plant-based meats, too. We’re in such early stages of development and look where we’re at with Beyond Meat and Impossible Foods…. these companies (and others) have a lot more to give.

I’m confident that by this time we’ll pretty much have seen the death of Dairy, too. There are SO many more viable options out there that are affordable, healthier and taste better. It seems inevitable to me.