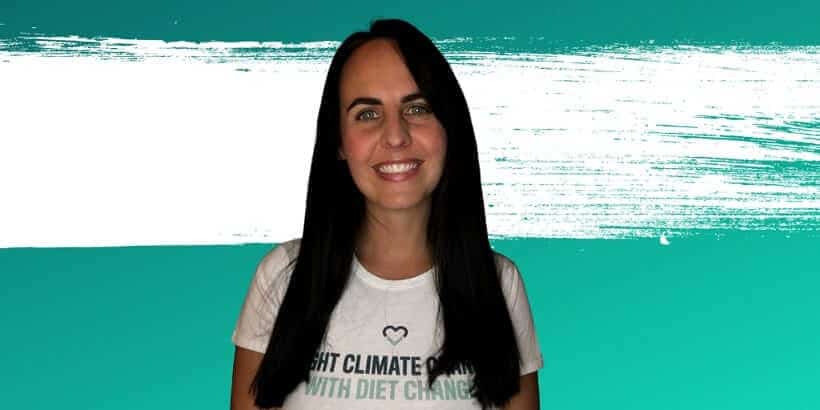 Million Dollar Vegan is a hugely successful vegan campaign whose supporters include Dr. Michael Greger, Alicia Silverstone, Evanna Lynch, and Peter Singer. Last year the nonprofit famously offered a million dollars to The Pope and Donald Trump which would have been donated to charity in exchange for the figures to try vegan for a month.

Million Dollar Vegan operates in over ten countries and seven languages, with an international team working around the clock to inspire more people to choose vegan, as well as providing free nutritional guidance and support for people who are new to veganism, and free plant-based meals to essential workers and underserved communities around the world.

We were delighted to speak with CEO Naomi Hallum about this hugely influential vegan organisation and about how a plant-based diet can help to avoid future pandemics.

Can you give us a brief insight into Million Dollar Vegan’s story and tell us its purpose or mission?
We were founded in late 2018 by Veganuary’s founders Matthew Glover and Jane Land, as a flash campaign designed to challenge Pope Francis to go vegan for Lent in exchange for a $1 million charitable donation. The Pope was outspoken in his commitment to the environment, and he is named after St Francis of Assisi, the patron saint of animals and ecology, so we had high hopes!

We found incredible, creative and inspirational country managers in 10 countries, and we went all out for a success story. And we got very close! Our youth ambassador Genesis Butler went to the Vatican, had a private meeting with a leading Archbishop who put her letter into the hands of Pope Francis. He then sent back a message blessing her, but he did not commit to going vegan. However, the campaign created 850 media articles around that world connecting meat, eggs and dairy consumption with serious ecological damage, including climate change, and reached 1.4 billion people worldwide. So, we were pretty pleased with that!

The $1 million dollar challenges would have kept coming if it had not been for Covid-19. It wasn’t right to issue a challenge under such difficult circumstances, and so instead we switched our focus to help feed and support vulnerable people, while also taking the message out to the wider world that farming and eating animals is a serious pandemic risk, as well as an ecological one.

Your goal is to donate one million meals by 2022 – how do you plan to reach this goal and what is the current status?
Yes! As of today, we have given 300,340 meals across 45 cities in 14 countries, so we are well on our way. We keep a tally on our website so anyone can check in and see how we’re doing and also find out where the upcoming giveaways will be. Our Country Managers work with charities and volunteers, as well as vegan food producers, restaurants, and chefs to get food and other supplies to the people who need it most.

We have supported people in Argentina, Brazil, Mexico, the US, Canada, India, England, Scotland, France, Italy, and Spain but we also worked with people on the ground to provide meals to survivors of the Beirut explosion, to the Maasai in Kenya who lost their income overnight when tourism stopped, and to school children in Ethiopia. Of course, we always make sure the food is locally produced and culturally suitable, and – where appropriate – we supply information about cooking plant-based foods cheaply, so we hope this is more than aid, but really helps people in the future, too.

You enjoy some top-class support, for example from various celebrities or doctors – What are the most important names in your support portfolio and what do they do for the charity?
We are blessed to have the support of many well-known names, and each brings something really special to our work. When Paul McCartney lent his name to the first campaign and spoke on camera with Genesis Butler about the Pope becoming vegan, it brought us a lot of attention and credibility worldwide. It really put us on the map as a group that means business!

The doctors are utterly vital to our campaigns. We work hard to ensure we are rigorous with our facts, and they bring credibility and reassurance that what we say about diet and health is true. And we are blessed that many other well-known people support our food relief programme, from Xuxa Meneghel and Rakul Preet who helped us reach massive audiences in Latin America and India respectively, to Alicia Silverstone and Luisa Mell who actually came along to give-aways in LA and São Paulo. When any of these incredible people – and all the others who have supported us – lend their names to our work, come along to events, record films with us, or share our work on their platforms, our message is amplified, and change happens faster. We remain indebted and very grateful to them all.

Your ‘Take Pandemics Off the Menu’ campaign has a very clear message – how exactly does a plant-based diet keep the world safe from further pandemics in the future?
Three-quarters of emerging infectious diseases come from animals, and human history is littered with examples of diseases that have transferred from animals to people because we exploited them for food, skins, or labour. Tuberculosis, measles, whooping cough, typhoid, leprosy, HIV/AIDS, MERS, SARS, avian flu, swine flu, and the common cold all came from animals, but it seems we as a species have still not learned this vital lesson.

We aim to show people how they can change that and help Take Pandemics Off the Menu. With the twin threats of climate change and a global pandemic, our aim is to help people finally see that how we treat the natural world, including the non-human animals who live within it, has a direct impact on our own health. Quite simply, we can’t keep trashing the planet and its occupants and expect there to be no consequences.

How do you help people switch to a plant-based diet and where do you see the future of nutrition?
We invite people to try vegan for 31 days with our support. We provide a Vegan Starter Kit, a Health & Nutrition Guide, and some of our favourite plant-based recipes to help them get started. We focus very much on the whole food plant-based diet, rather than vegan junk food, delicious as it may be! Our aim is holistic – to improve people’s own health while protecting animals, the planet, and our futures. And so, we promote healthy plant-based eating and feature dozens of the most inspirational transformation stories you will ever see on our website.

The future of nutrition is plant-based. No question about it. It is the only way we can eat that is good for us, can feed the entire human population, will protect the environment from devastating pollution incidents, deforestation, and climate change, frees up land to allow nature to thrive, and significantly decreases the twin threats of antibiotic-resistant superbugs and global pandemics.

Are there any projects or campaigns planned for the New Year, or is there anything else you are working on that you would like to share?
We remain focused on getting one million meals to people who need them and still have almost 700,000 to go, so we are going to be busy! When the time is right, we will almost certainly be making another $1 million challenge but for now, we need to help those who have been left struggling during Covid-19 while also using the opportunity to educate, inspire and support a wider audience to eat vegan.