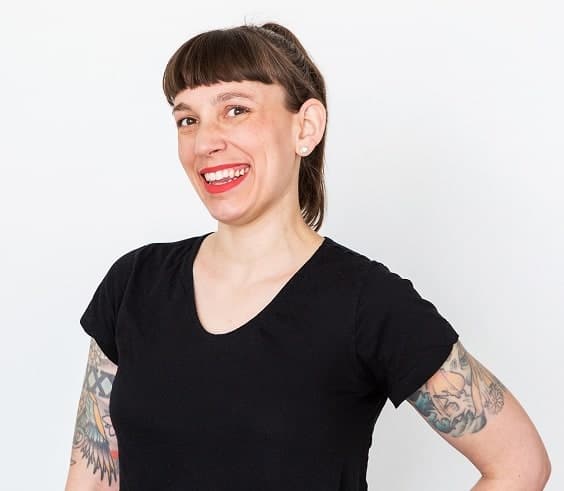 Nicole Sopko, Vice President of Upton’s Naturals was last month elected president of the board of directors at the Plant-Based Foods Association (PBFA). As a founding board member of the organization, she is committed to fostering growth and collaboration within the industry and working to further establish PBFA as a leading voice of the plant-based food industry.

We were pleased to speak with Nicole about her passion for the new role and what it entails.

Congratulations on being elected as the new president of the PBFA. For any readers who don’t already know, could you explain what the PBFA is and what it does?
Founded in 2016, the Plant-Based Foods Association (PBFA) is the first and only trade association in the U.S. promoting the plant-based foods industry. PBFA works to ensure the market for plant-based foods remains open and works to remove obstacles to a fair and competitive marketplace for plant-based alternatives to meat, dairy, and eggs and animal-derived ingredients. PBFA’s more than 180 members range from small startup food companies to established national brands to ingredient suppliers.

Could you tell us a little about your plant-based business history?
I joined Upton’s Naturals in 2010. At that time, I was the fifth employee, and the first employee in the office outside of our founder, Dan Staackmann. From that time, I have seen Upton’s Naturals grow from a regionally available seitan brand to a vegan food company offering dozens of SKUs sold in countries all over the world. The growth has been totally self-funded and largely self-taught as neither myself or Dan had previous experience in this industry. What we do have is a passion for what we’re doing, for our employees and for our products, and a desire and willingness to figure out anything that we don’t know. That drive has kept us going, working together for over a decade now.

You were a founding member of PBFA, can you share a little about how and why the group was formed? Was there a particular catalyst that motivated these plant-based brands to come together?
The plant-based foods industry has been on an exponential growth trajectory for years. Despite this, until PBFA’s founding, there was no group dedicating resources to promoting and defending plant-based businesses. The need for proper industry representation sparked the formation of PBFA. Each founding board member and the 23 founding member companies believed in the future of plant-based foods and shared a vision of exponential growth in the future. As a volunteer board member, myself and my fellow board members have put an incredible effort into making this organization what it is today.

PBFA and Upton’s Naturals have challenged several food labelling laws over the last couple of years. What do you think is behind these laws and why is it so important to fight them? What successes can you report in these challenges and are you optimistic about the future of labelling disputes?
There has been so much innovation in food and agriculture over the past few years, and this innovation will only continue to grow. We’re up against outdated concepts and laws related to food. As innovation progresses and threatens entrenched interests, it’s common for there to be resistance or outright hostility to change. This isn’t just true of the food space—it’s true of many other industries as well.

That is why it is especially critical we stand our ground now—just because certain industries don’t like fair competition, doesn’t mean we should be denied the right to compete on a level playing field. So, when we push back against unnecessary, unjust, unconstitutional legislative proposals to restrict our members’ rights to accurately label their foods, we’re simply fighting for a fair and competitive regulatory environment.

Special interests that present misguided bills that infringe on plant-based food companies’ first amendment rights and work to stifle the growth of plant-based foods are attempting to remove free-market competition from the industry. For example, the meat lobby works to prevent Upton’s Naturals from calling our Updog, which are our vegan hot dogs, “hot dogs” not because they are looking out for consumers or even for farmers. Rather, they’re working to prevent plant-based meat from taking up the shelf space on which they once had a monopoly. It’s essential to fight these labelling laws because they are, at their core, manipulating the regulatory environment in favor of certain groups and against the free market and consumers.

PBFA is finding success in our legal battles, like the one I mentioned in Mississippi, where, in response to PBFA and Upton’s suit, Mississippi revised its laws to allow plant-based food companies to continue using common meat product terms, similar to PBFA’s labeling standards. We’ve also seen progress in Georgia, where the state legislature adopted PBFA’s suggested amendments to maintain a level playing field for the industry. We are working on legislation in other states at the moment, and in the few states where laws have been enacted that violate our rights, we’re working alongside other members of the industry to fight for our rights in court. As long as legislatures continue to be receptive to our arguments and members feel that their voices are being represented on a policy level, we will continue to be optimistic.

Are there any new PBFA initiatives or programs planned for this year?
Well, as special interests continue to pick legal battles with the goal of stifling the growing success of plant-based foods, we will continue fighting them. So, some of our work is a continuation of what we’ve always done for this industry—advocating for policies and priorities that will allow those working with plant-based foods to have a fair shot. We’re currently tracking a few legislative inflection points and will continue to fight for a fair and competitive regulatory environment that allows the plant-based foods industry to thrive.

Five years working on behalf of this industry has us making some adjustments of our own. We’ve had a big mandate, but we’re starting to think about how to continue to scale our impact in a way that is as beneficial for members/this industry as possible. In April, PBFA will be executing its second plant-based consumer marketing campaign, this time in partnership with retailer Hannaford. Our team is continuing to develop our grab & go concept, The Power Plant program for a retail environment, including creating opportunities in deli and prepared foods. We’re also working on expanding and advancing our domestic ingredients sourcing project. This year, PBFA will also be advancing its proactive policy efforts, and we’re working on building platforms to give our members even more of a voice, both via PBFA platforms and in how we approach our mandate.

How has the plant-based meat category evolved since Upton’s Naturals began and what do you expect for this year?
The growth and interest in plant-based meat has exploded in the past several years. From our inception, we’ve seen an increase not only in awareness, but in a willingness by more and more individuals to incorporate more plant-based meats into their diets. I see our category going in two primary directions, currently. One is in the direction of creating one-for-one meat alternatives that look, taste, and perform exactly like their animal counterparts. The other direction is continuing to evolve more traditional, minimally processed meat alternatives, some of which, like tempeh, tofu and seitan, have been around for centuries. I think both approaches are valuable, as there is clearly a market for a variety of approaches to plant-based eating. We are creating a category that literally has something for everyone.

How have your experiences with Upton’s Naturals influenced your role at PBFA?
One of the most important things that make the PBFA Board of Directors work is that we all take our “brand hats” off at the door. The Board is a group of very conscientious people making decisions for the good of the industry and with consideration for the needs of all of our member companies, and not just those in the room. That said, we also come in with a pretty impressive amount of collective experience working in this space, which obviously benefits our work. In an industry with so much rapid growth and new companies starting up every day, I think I bring a lot of that lived experience. I know exactly what it’s like at many of those stages and am happy to share that information with other growing companies. Sharing that expertise is just another barrier that can be removed for our members to create more stability for plant-based food companies.