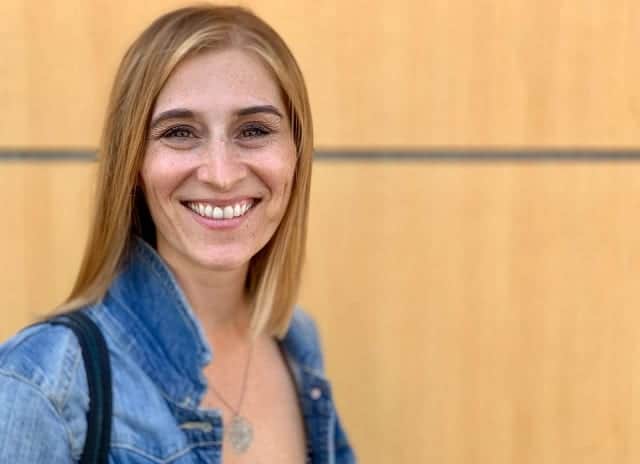 Rebellyous Foods will be well known to most vegconomist readers as the chicken industry-disrupting foodtech company backed by the vegan Saudi Prince Khaled amongst other high profile investors. Rebellyous raised $6M in Series A funding in 2020 for its unique technology which produces cost-efficient, realistic chicken alternatives, and last month pivoted into retail with three new products.

Following the retail launch of the Rebellyous chicken products – burgers, nuggets and strips – it was time for a catch-up with Vice President Kristie Middleton for an in-depth look at the company’s journey and future plans.

Rebellyous has recently launched an updated chicken nugget, what has changed from the previous nuggets?
We and our fans loved the first iteration of our Rebellyous nuggets, yet we wanted to move to a cleaner ingredient label with a different coating system. The new products have a more chicken-y flavor and a crispier, cravable coating.

Tell us a little about the other new products recently launched.
Out of popular demand we also recently launched tenders and patties to round out our offerings. They are great with dipping sauces or to build sandwiches, but they’re also delicious when used in recipes like chicken parmesan or in tacos or wraps.

Why is the development of plant-based tech so important to Rebellyous?
Reducing meat consumption is one of the most powerful actions we can all take to protect the planet, improve public health, and reduce animal suffering, yet meat consumption is on the rise. Plant-based meat is a powerful solution for this problem, but only if scaled. This is why, at Rebellyous Foods, we’re changing how plant-based meat is made so it can finally become affordable and accessible.

In order to scale plant-based meat manufacturing, we have to address the bottlenecks in production. This will allow us to create a more efficient and thus affordable solution for making plant-based meat.

You’ve made a move away from B2B and into retail, were there always have plans for retail expansion? What have been the biggest challenges with this pivot?
Prior to COVID our focus was exclusively on foodservice sales. When schools, hospitals, and corporate cafeterias shut down, we had to think fast. We had envisioned going into retail in a few years, but pivoted and within just a couple of months rolled out a packaged product that is now available in more than two dozen grocery stores in the Pacific Northwest. We’ll be ready for our foodservice partners when they come back online.

There’s a lot of competition in this space so getting consumer attention is a challenge. The feedback we’ve received from our customers so far has been overwhelmingly positive, so we believe once people try our product, they will keep coming back.

Last year Rebellyous raised $6 million in funding from a range of high profile investors. What does this say, in your opinion, about investor confidence in plant-based meat producers? And what did the funds mean for your company?
We closed a Series A fundraising round last spring at the start of the pandemic. Our investors remained supportive of Rebellyous in spite of the uncertainty of the food industry because we’re not just making plant-based meat; we’re reinventing the way plant-based meat is made. On top of that, we’re seeing that consumer interest in plant-based meat continue to grow amidst the pandemic, so the prospects as a retail product are very positive.

The funds allowed us to build out our own production line at our Seattle headquarters and build up our engineering research and development team which is hard at work building and testing out the next generation of equipment to allow us to meet our goals.

Looking forward, what predictions do you have for the plant-based foods industry and how does Rebellyous fit into that?
Consumer interest in plant-based food is only going to continue to grow. It’s no longer a trend, but firmly in the mainstream. However, in order for that to be the case, it has to be affordable and widely available.

Rebellyous is a part of the community of people and companies making this possible. By bringing affordable, nutrient-dense, plant-based options into new markets, we’ll make plant-based eating more accessible to everyone, not just well-to-do trend-chasers. With more and more options out there, plant-forward diets can become more than a trend, and more like the norm.