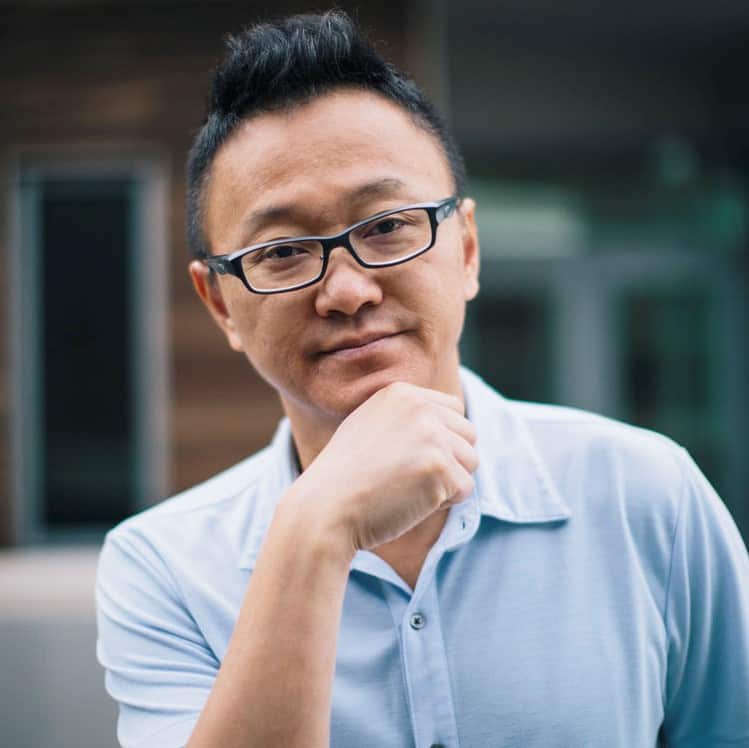 Alt meat comes in many forms, with plant-based manufacturers using protein-rich ingredients such as soy and peas. Singaporean startup Sophie’s Bionutrients however is taking a different path by harnessing the myriad powers of microalgae, and recently developed the world’s first milk made from algae, comparable in nutritional value to cow’s milk and with all the essential amino acids as microalgae.

“A radical change in the way we think about protein production is ever more important.”

Following this week’s news of the world’s first commercialization of microalgae meat (see image below) using Sophie’s Bionutrients microalgae protein, now available in a rice dumpling product in Taiwan, we were pleased to speak with co-founder Eugene Wang, to find out more about this superfood of the future.

What’s your elevator pitch, Eugene?
To accommodate the exploding population and meet the growing demands of protein, a radical change in the way we think about protein production is ever more important.  The current status quo does not offer a cure, doing less harm is no longer enough.  Unlocking macro-nutrients at the micro-level is the ONLY way forward to a sustainable future that creates minimal footprint.  Our technologies will allow us to decouple protein supply from arable land while reducing the environmental footprint will be an essential part of the solutions.

What is the story behind the name Sophie’s Bionutrients?
I was born and grew up in Taiwan.  I come from a family where we are four-generation Buddhists and have been making vegetarian food for three-generation already.  So, when I found out my daughter Sophie is allergic to shellfish, I started to find ways for people to get the nutrients from the ocean without using the animals.  I initially used our family’s technologies to make plant-based seafood.

I was probably the first one in the world to start a plant-based seafood company. Sophie’s Kitchen was launched in Sebastopol California back in 2010.  And, during the last ten years, my customers kept asking me if my products have equivalent nutritional value to real seafood.  The short answer is NO, we were using potato starch and pea protein.

That got me thinking. People think seafood is healthy (or is it?) – therefore, in order for them to give up seafood, we have to come up with something better. Then I thought, fishes and shrimp get their nutrients from microalgae. From this idea, I started my microalgae research back in 2013 in California, and in 2017 I was invited by the Singapore government to come here to pitch.  I immediately won my first big grant (SWITCH SLINGSHOT 2017) that year.  Ever since then, this research project has moved to Singapore.

In 2019, we won another grand prize at The Liveability Challenge with Temasek Foundation.  That was the moment we realized the two units (Singapore B2B Food Tech and California B2C Consumer Brand) need to be separated. I like tech. So, I decided to stay in Singapore and head this unit.  We then renamed ourselves Sophie’s BioNutrients back in 2019.

What are the benefits of using microalgae to produce food and drink?
Nutritionally, our microalgae have ALL the essential amino acids needed by human beings.  It even has a complete vitamin B family.  Both of these are not seen with any plant-based protein.  And its nutrition is even more than most of the animal protein we are eating today.

What other functions can microalgae serve?
Microalgae also has a lot of lipids.  You can use the lipid to make 1. cooking oil (to sustainably replace palm) 2. Biofuel 3. Biodegradable plastic replacements.

What makes Sophie’s Bionutrients different to other companies in this emerging sector?
I come from a food manufacturing background.  And, unlike a lot of other startups which jump into the plant-based landscape because it is hot, I have been in this industry for my whole career. I know what food manufacturers want from protein.  Whereas a lot of other microalgae companies are started and led by biologists. We will be one of the very few teams who can actually deliver a “practical” alternative protein to the food industry while most of the teams are still only able to deliver premium nutraceutical ingredients.

What plans do you have to scale up in the future?
We are raising money right now to set up our company own facility in Singapore.  We are also planning to use a few contract manufacturers around the world to quickly expand our production capacity and serve local markets.  Our protein flour is already being used in some food products and can be seen in some retail stores in Asia.  Within three years, you should see the retail stores near you selling some of the products which have our protein flour in them.