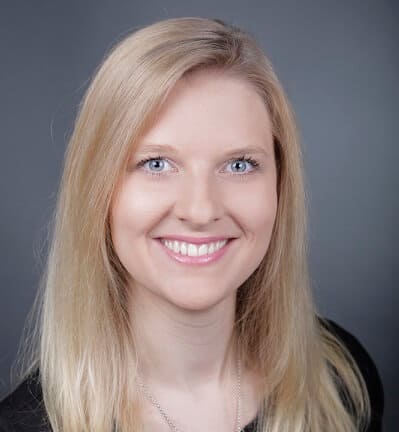 On 07 November 2019 the kick-off meeting for the EU project “Pro-Future” took place in Barcelona. The international research project deals with microalgae as protein-rich ingredients for future food and feed. The aim is to develop more efficient production and processing concepts to integrate high-quality, safe, healthy and sustainable products and ingredients into the food value chain.

DIL (Deutsches Institut für Lebensmitteltechnik e.V) participates in the international community with 31 partners and generates 559,500 euros for research in Quakenbrück, Lower Saxony. We spoke with Dr. Marie-Christin Baun, who studied plant biotechnology at Leibniz University in Hannover. She successfully completed her doctorate in molecular plant physiology in 2017 investigates the properties and possible applications of plant-derived proteins in food at DIL.

What exactly is the microalgae project about?
The increasing world population is leading to a higher demand for healthy food and high-quality protein sources such as meat, dairy products, eggs and pulses. However, our farmland is limited and protein production from conventional sources is limited by technical and environmental factors. The project “Pro Future” deals with the development of microalgae as an alternative protein source for food and feed, focusing on the efficiency and sustainability of algae cultivation, protein production and its processing into food and feed.

The entire supply chain will be considered and optimised so that minimising land, water and energy use and maximising efficiency as well as the use of side streams are overarching objectives. In addition, possible applications of the obtained algae and algae proteins in food and feed will be investigated in more detail. For example, proteins can have a stabilizing function in food, like gluten which ensures that a structuring network is formed when a dough is baked.

The addition of algae and algae proteins may therefore greatly alter the structure and taste of food. All these effects need to be explored so that healthy and tasty food can be produced in the end. Additionally, consumers are to be involved in product development as concerns need to be clarified, and awareness and acceptance for algae and algae-containing foods in the population shall be created so that algae can represent a promising protein source in the future.

Which plant-based products can be made from microalgae?
In principle, microalgae could be used in all processed foods. However, it depends on whether they are only added as a taste component or whether they should perform a certain function. To what extent algae proteins can take over certain functions in food and thus replace, for example, chemical additives or other ingredients needs to be clarified in “Pro Future”. The project will cover a wide range of vegan products, e.g. bread, pasta, sausages and protein shakes. The development is carried out in cooperation with companies that want to subsequently introduce these products to the market. 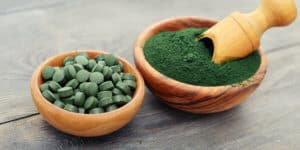 Which beneficial properties do microalgae have as a protein source?
Microalgae have a high photosynthesis efficiency, i.e. they can produce oxygen and sugar from solar energy, water and CO2 just like plants on land. Compared to plants, however, they have higher growth rates and thus a higher yield (50-80 tons per hectare per year). Another big advantage is that microalgae are not competing with other plants or animals for agricultural land, as they can be grown in artificial or natural ponds and, in the case of marine algae, directly in the sea. Microalgae have a protein content of 30-60 %. This is highly dependent on the type of algae but can be significantly higher than the protein content in skimmed milk powder (36%), soy meal (37%), chicken meat (24%), fish (24%) or peanuts (26%). While certain essential amino acids, i.e. amino acids which our body cannot produce itself but which are important for our metabolism, are often limited in plant proteins, microalgae show a very balanced amino acid profile. Furthermore, microalgae are rich in vitamins, antioxidants and omega-3 fatty acids.

Could animal stables be converted into production facilities for microalgae?
The conversion of animal stables into microalgae production plants is certainly feasible. But in my opinion it misses the goal of sustainability because in a closed facility artificial light would be required to enable the algae to photosynthesise. This would require additional electrical energy. However, it is imaginable to operate microalgae farms with waste heat and CO2-rich exhaust air from stables, large factories or power plants.