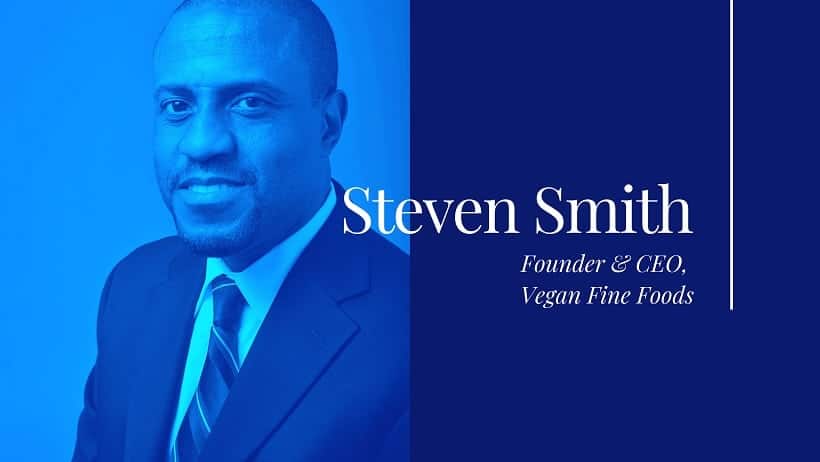 Earlier this month, founder Dr. Steven Smith announced ambitious plans to replicate its vegan Whole Foods concept in every major US city by 2024, through company and franchisee-run locations.

We were fascinated to speak with Dr. Smith about his background and these exciting future plans to bring healthy food to the masses.

In a “prior life” you were an engineer for Procter & Gamble and PepsiCo. Can you talk about the journey that led you from Corporate America to owning your own vegan retail brand?
In college, I received a degree in chemical engineering and then followed a traditional career path in the corporate world. After moving into management positions at those Fortune 500 companies I decided to return to graduate school for my MBA and PhD.

Through that experience, I developed a passion for actually teaching business, which I ended up doing around the world in locations like Jamaica, Puerto Rico, Brazil and Singapore.

Years at graduate school and the business world had resulted in a decline in my eating habits and a subsequent gaining of weight. I watched my health suffer, accordingly. So, in 1997 I decided to take back my health and well-being and switch to a plant-based vegan way of eating.

But it wasn’t easy. While searching for plant-based alternatives I found I had to go to multiple stores to find the products I wanted and to continually read labels to make sure all the ingredients were plant-based. That planted the seed for me to align my health concerns with my business path and the idea of an all-vegan grocery store was born.

Heather Mills is an investor in Vegan Fine Brands. Any others you can mention?
Heather signed on as an investor almost immediately after learning about us and we’ve been fortunate that we’ve received investment from people from all walks of life-from large investment groups all the way down to our loyal customers who love that they can own a piece of their favorite store!

There are other well-known persons that have invested in our business that prefer to be silent investors at this stage. Now that we are just starting our second round of raising capital, we may be making some announcements in the near future about some of the incredible people that are invested in Vegan Fine Brands.

What is your vision for VFB and why do you think it will work?
I started Vegan Fine Brands with the vision of having a Vegan Fine Foods market—chock full of plant-based organic products—in every state and in a variety of boroughs or towns in major cities.

We have science, statistics, the zeitgeist, celebrated luminaires and truth on our side. Those that don’t see the precipitous rise of all things vegan are not paying attention. Kentucky Fried Chicken is testing vegan chicken buckets, I repeat VEGAN chicken buckets…. that fact alone proves the point!

As we are entering the second wave of this harrowing pandemic, we are seeing a stronger interest in health and wellness—both physical and emotional health. There are countless reputable studies that link coronary and cardiovascular comorbidities to animal-sourced meat and dairy products. Whereas a diet rich in organic fruits, vegetables, legumes and grains does help the immune system and is often deemed “a heart-healthy diet.”

Another effect of this recent madness is the fact people are thinking about mortality and how they want to live. The best way to describe it is that they want to do good and be good. There is a strong desire to return to decency and concern for our brothers and sisters as well as the sentient beings we share our home with.

Where would you like to see the next Vegan Fine Brand outlets (which city/region?)
We want to go in the obvious markets—NYC, Los Angeles, Chicago but also we look at expansion in areas that lack plant-based options, particularly in southern and mid-west states.

Also, just because our expansion plan involves major metro areas, we want to have a presence in a variety of socio-economic towns. For example, currently, in Los Angeles, there are beautiful high-end specialty markets called Erewhon. These stores are in high income and desirable areas such as Calabasas and Santa Monica. Imagine if prices were more competitive and Erewhon was in Pacoima or Baldwin Hills, wouldn’t that be cool? That is what we want to see with Vegan Fine Brands.

Will the new locations be company-owned or franchisee-owned?
I envision I combination of both. We are actively discussing partnerships with several groups which would bring the Vegan Fine Brands concept nationwide. We have also received tremendous interest from prospective franchisees who see a need in their own communities for the type of under-one-roof vegan retail business that we have developed here.

I think what makes the Vegan Fine Brands concept unique for prospective partners is that we’re not simply a vegan grocery store. We also have our Vegan Fine Café and Vegan Fine Body all under one roof. In addition, VFB private labels many of the products we carry in the store.

Talk a bit about how over 75% of your customers aren’t vegan.
Yes, our customers run the gamut—vegan, vegetarian, omnivore, meatless curious, etc. This is true for most (not all) plant-based restaurants as well and this fact couldn’t make me happier. I want to reach those that still eat animal products but are interested in eating less—whether it be for their health, for taste, for the environment or to alleviate animal suffering. We don’t want to simply preach to the choir, we want our choir to grow!

What else should vegconomist readers know about you, your brand and/or your vision?
All of us at Vegan Fine Brands are so proud to be able to merge our moral ethos with our business goals, to which your readers at vegconomist can certainly relate. Every time we see a story about someone’s life having changed by switching to a plant-based diet or incorporating Meatless Mondays into their lifestyle or going vegan for Veganuary I know I made the right choice in starting Vegan Fine Brands.

I used the term ”win-win” earlier but being able to provide everyone access to healthy foods that are high in nutrients while also having a positive impact on the planet and all its inhabitants, that to me is a “win-win-win”.