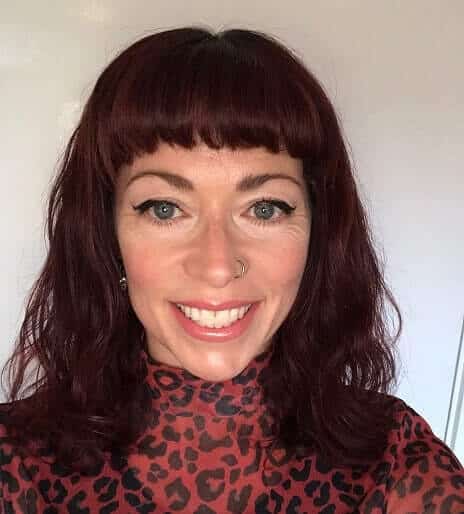 Veganuary, as surely all of our readers will be aware, is already in full swing and promises to be far bigger and more impactful than ever before. As we reported just yesterday, one person is signing up every 2.4 seconds to take part in the vegan pledge, and, impressively, 9% of UK adults have tried the challenge at least once, which based on the current population, is estimated at approximately six million people.

Not forgetting that in the US, Billie Eilish recently supported the campaign and asked her 107 million followers to sign up!

“Veganism is the trend that keeps on trending – and it’s not going to stop!”

It’s been two years since we last chatted with International Head of Communications and Marketing Toni Vernelli, so we had to grill this busy lady on what’s happening now and upcoming in the world of Veganuary.

Congratulations on one decade of Veganuary! A lineup of celebrity ambassadors backs your 2023 annual campaign – how do their contributions benefit the campaign?
Celebrities are really important in raising the profile of the campaign as they have huge numbers of followers on social media and also attract much more media interest than when we talk about the campaign ourselves. They also help lend credibility to our organisation because it means they trust us to be professional, accountable and act with integrity – otherwise their reputation is at risk if they align themselves with us.

Can you reveal what’s in store in terms of vegan business / product launches for 2023?
Many of the highlights have already been revealed – the Vegan Royale Bakon King at BK, the Double McPlant at McDonald’s, vegan cream of tomato soup and beans with vegan sausages from Heinz, The Breakfast Club introducing La Vie bacon and Redefine Meat to their menus nationwide and turning the Soho branch meat-free for January.

Another big milestone that hasn’t received as much attention, but should, is EatPlanted’s meat alternatives being stocked in the butcher’s aisle in Morrisons. This is a supermarket first and will help introduce the products to a whole new audience that isn’t actively seeking out meat alternatives.

We also continue to be impressed with the huge range of vegan products Aldi keeps introducing. This is so important to help make veganism affordable and accessible for everyone.

Reflecting on 10 years of Veganuary, what have been the most significant achievements or milestones in your opinion?
Encouraging well-respected, high-profile people to do Veganuary – such as Chris Packham and Deborah Meaden – who spoke positively about their experience and then choose to stay vegan has helped influence countless people to change their view of veganism and also to give Veganuary a go themselves.

Engaging with high-street businesses and encouraging and supporting them to launch new vegan options has made veganism much, much more accessible for people in Britain and increasingly around the world. The launch of Gregg’s vegan sausage roll for Veganuary 2019 really kicked it all off and in a few short years, we had vegan menus in Burger King, KFC and McDonald’s launching for Veganuary. This helps normalise veganism and how we make it mainstream.

In how many countries will Veganuary run this year?
We will have official campaigns running in the seven countries with Veganuary chapters – the UK, US, Germany, Chile, Argentina, Brazil and India. We also partner with organisations in Mexico, Italy, France, Switzerland, South Africa, Australia and Singapore to run Veganuary campaigns in those countries – so that makes 14 countries.

Which big retailers will be partners in 2023?
We work with all of the big retailers in the UK and they will all be taking part in Veganuary. Asda and Morrisons are particularly good at using Veganuary branding throughout their shops in January to help signpost customers to their vegan products.

Why is it more important than ever for businesses to take part in Veganuary in 2023?
Because veganism is the trend that keeps on trending – and it’s not going to stop! Everyone is aware that we must significantly reduce global meat and dairy production if we want any hope of curbing climate change and businesses that do not embrace plant-based products are simply not going to survive.

Can you give us an outlook for the next 10 years of Veganuary? What role can the campaign play in introducing veganism to the mainstream?
Our focus will be to replicate the success we’ve had making veganism mainstream in the UK in as many other countries as possible – either by establishing Veganuary chapters there or working with existing organisations that would like to partner with us.

Veganuary’s campaign approach is uniquely positioned to do this because we offer people the chance to just try veganism out for 31 days and see what they think. It’s not a lifetime commitment of ‘becoming vegan’ right from the outset – that is too daunting for most people.