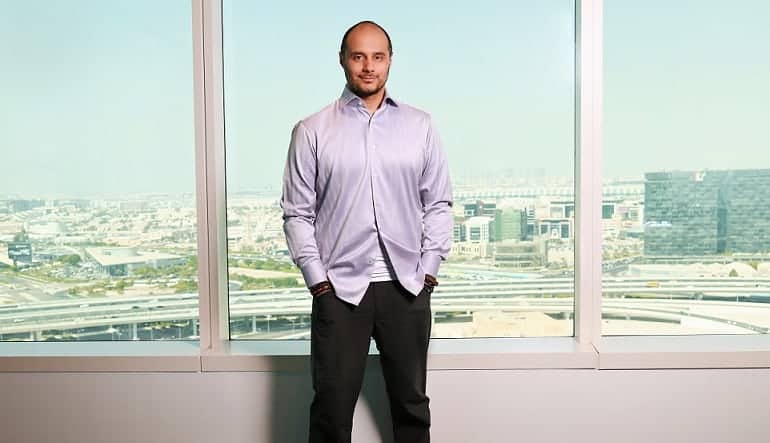 We were privileged to speak to Prince Khaled and learn about his unique insight into the world of sustainable investments, his plant-based business journey, and thoughts on the future of the industry.

Firstly, it would be fascinating for our readers to know a little more about your vegan journey and your path into the plant-based business world.
The two things are intrinsically linked. When I started eating healthier, learning more about the food chain, production, the social ills that come with what is modern animal agriculture matched with the overall disregard for the environment – it all culminated in the need to get involved at a deeper level.

I started small, like anyone else – voting with my wallet and being vocal about the lack of options in restaurants, in hotels, on flights, and everywhere else. That does work by the way – the asking for options makes its way up and eventually they start to cater to that recurring request – we’re now seeing the results of that with all of the fast-food chains picking up plant-based options. It’s a great thing!

Once I committed to a vegan lifestyle and was constantly shocked by the lack of vegan options, I knew that the clean meat and plant-based business models would be big. It was so clear that there was a massive market just waiting to be serviced, and they would be loyal customers and brand advocates.

I remember sitting down at one of the more popular places on the waterfront in San Francisco; every table completely full with people having brunch. At this time, I had already started investing in alternative proteins and looking for investments around sustainable solutions.

The Impossible Burger was on the menu for $4 more than the beef burger, and there was one being eaten on every second table.

It’s true that Silicon Valley isn’t a good benchmark for society as a whole, but it was a watershed moment for me to see food tech broadly adopted even though the price match wasn’t there yet.

Fast forward to the present day, we are celebrating leaps forward in food tech and now, this landmark regulatory approval in Singapore. For a few years now I have voted with my investments; it’s a really good feeling seeing these businesses flourish.

As founder and CEO of KBW Ventures you invest in a varied and extensive portfolio – what business characteristics does KBW look for in a company?
The first thing is always who the people are running the show. What is the founding team like? Do they have a passion to make this work for the long haul? I always look for potential to scale.

Can this product or service get big? Really big? Where do they see the business going? What are the verticals? What’s the competition like? What is your product or service doing differently than the next best company? Do you have a long- and short-term roadmap?

Some of our portfolio companies are also impact investments, and having that social good element is always welcomed of course.

KBW has invested in numerous cellular agriculture start-ups such as Blue Nalu and TurtleTree Labs. How far away do you think the world is from cell-based foods going mainstream?
It depends on how you look at things. Based on the leaps forward made just in the past two years, I consider that we aren’t far at all. We’re seeing cultured chicken for sale in Singapore, and Blue Nalu intends to take its aqua-cultured mahi to market by the end of the year. If I would have said that these companies would have commercialized by 2021, 99% of people I know would have laughed that off.

So, are we far away? No, not at all. Public perception is going to count for a lot here. There are too many people out there having grandiose debates about whether or not to support the new McPlant burger or the vegan Kit-Kat. Don’t buy if you don’t like the corporate methodology, but for the flexitarian population these breakthrough products are the perfect alternatives to eating animal products. Think big picture results!

KBW also has numerous plant-based startups among its portfolio, including Moku and Rebellyous. In your experience, what are the biggest challenges plant-based businesses face in today’s world?
Marketing and PR. The biggest challenge before was gaining mainstream acceptance, and convincing the big players that there was a market for high-quality plant-based foods. Now, it is perfectly normal for non-vegans to have a number of vegan products in their fridge/freezer for Meatless Mondays and so on. I think point of sale is still a challenge for some brands as well as you need advantageous positioning in the grocery store to get seen and bought. Both Moku and Rebellyous are available online now, which is great for reach and accessibility.

Moku is seeing terrific sales numbers; all things compared, Moku jerky is a better snack food, great tasting, rich in texture, and saves a ton of natural resources. Matt [Feldman] was really keen on keeping Moku’s products natural in terms of ingredients, and the jerky is really versatile. It works on salads, on Beyond Burgers as a rich top-up, and I’m eating it as day-to-day snack. Moku was recently chosen for Amazon’s Emerging Brands program which definitely is a boon sales-wise.

With Rebellyous, they began with a B2B focus – placing their plant-based chicken nuggets on school menus – and quickly pivoted during the pandemic. Now, they have patties, strips and nuggets that go direct to consumer with their products for sale on GTFO It’s Vegan.

How do you think governments in the Middle East will play a role in a plant-based and sustainable future?
Governments in the GCC already are; there are government incubators, competitions, and more, all around food tech and agtech. At NEOM, Saudi’s most ambitious project to date, there is a Future of Food Sector. During the 2020 Entrepreneurship World Cup held by Saudi Arabia’s Misk, the winner of the significant cash prize was a cellag company: TurtleTree Labs.

The year before, an agtech company from Saudi ranked in the top five also taking home undiluted funding as a prize. In the UAE, there are both agtech and food tech programs run by the Minister of State for Food Security, HE Mariam Almheiri who is fantastically passionate about sustainable solutions.

Gulf countries, specifically Saudi and the UAE, have been thinking of sustainable food production, alternative proteins, and more for years. It just isn’t as highly publicized as programs in the EU or North America.

As a high-profile vegan activist, how do you think your activism inspires the people of the Middle East?
I mean look, if one person decides to go for a plant-based burger over a factory-farmed one, I’m happy. That’s one more person through the gate. I’ve had a lot of people on social media talk about how they have gone vegan or at the very least they are now flexitarian and filtering animal products out more and more often.

I actually prefer advocate to activist. I advocate for sustainability, for people to recognize that there is indeed a climate crisis.

I advocate for realistic progress; not crazy ideas that will never happen. I believe that having this discussion rationally and presenting people with options that taste great – not to mention are healthier – will continue to turn the tide.

And finally, what predictions do you have for the plant- and cell-based landscape of the future?
I mean I have been talking about big bioreactors that can grow meats sustainably for years, and that sounded really crazy to most people. Now the only thing left to predict is scale, mass adoption, and price point.

For plant-based products, I see us working toward better cheeses. Commercially, I see that more of the established companies are going to get into B2B ingredient and material production and supply, again impacting affordability very positively.