Everything Legendary was launched by a young team of black entrepreneurs, featuring Founders Danita Claytor and Duane Cheers. The duo partnered with chef Jumoke Jackson to develop a high-quality product presented in brightly-colored packaging that features an edgy, urban vibe, and netted a deal worth $300,000 for a 22% stake in the company, later reporting sales of $250,000 within 24 hours of the broadcast on the East Coast. 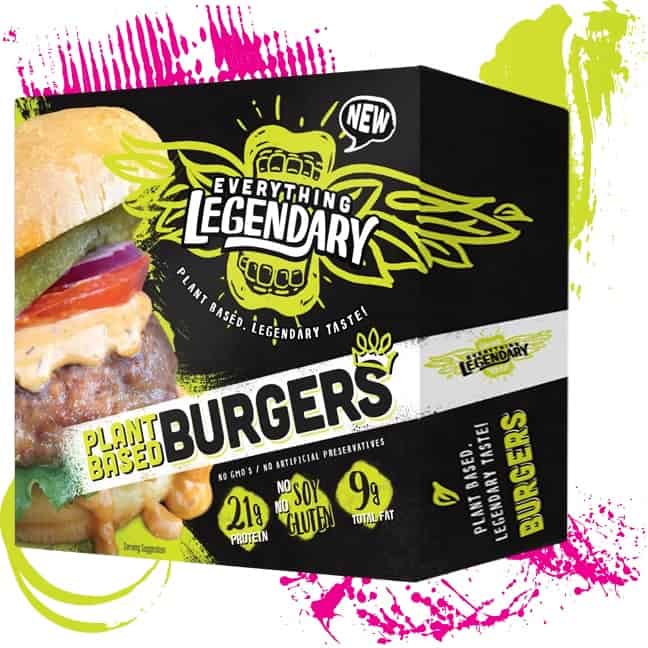 “All the Sharks agreed it was the best-tasting plant-based burger they’d ever tried,” CEO Cheers observed.  “Barbara Corcoran felt it was priced too high, but Mark Cuban understood that the quality of the product set it apart. Lori Greiner loved the product, but didn’t like the packaging. Again, Mark understood that our packaging was still being refined and that he could help with that.”

Cuban, a new vegetarian himself, adds Everything Legendary to his portfolio of plant-based business investments, which include brands such as Beyond Sushi, Cinnaholic, Snacklins, Veggie Mama, Wild Earth, and others. Cheers says that Cuban’s investment was “an absolute game-changer” for their brand, allowing them to increase product capacity and assure national distribution.

Another plant-based brand going from strength to strength following a large capital investment from Mark Cuban on Shark Tank is Mrs. Goldfarb’s Unreal Deli. The vegan fine meats startup contacted vegconomist to say that its portfolio is now available in retail and restaurant locations all over the US, including Veggie Grill, with international expansion coming soon.

Born in NYC, the great-granddaughter of New York delicatessen owners, Mrs Goldfarb created her Unreal Corn’d Beef as a response to the NY-style deli she craved, but could no longer enjoy after becoming vegan. The much-loved products are already available in Quiznos, Whole Foods, and are even served up in the Netflix Studios.

Speaking today to vegconomist, Mrs Goldfarb’s Ally Iseman said, “Unreal Deli is now available nationwide, through a number of major grocery chains both in retail and prepared foods and is changing the landscape of what is available to the mainstream shopper. You can also find our deli-cious slices at restaurant staples like Veggie Grill and mainstream chains like Mendocino Farms. We are bringing plant-based love to the people!”

Watch a short video of the Mrs Goldfarb story here.