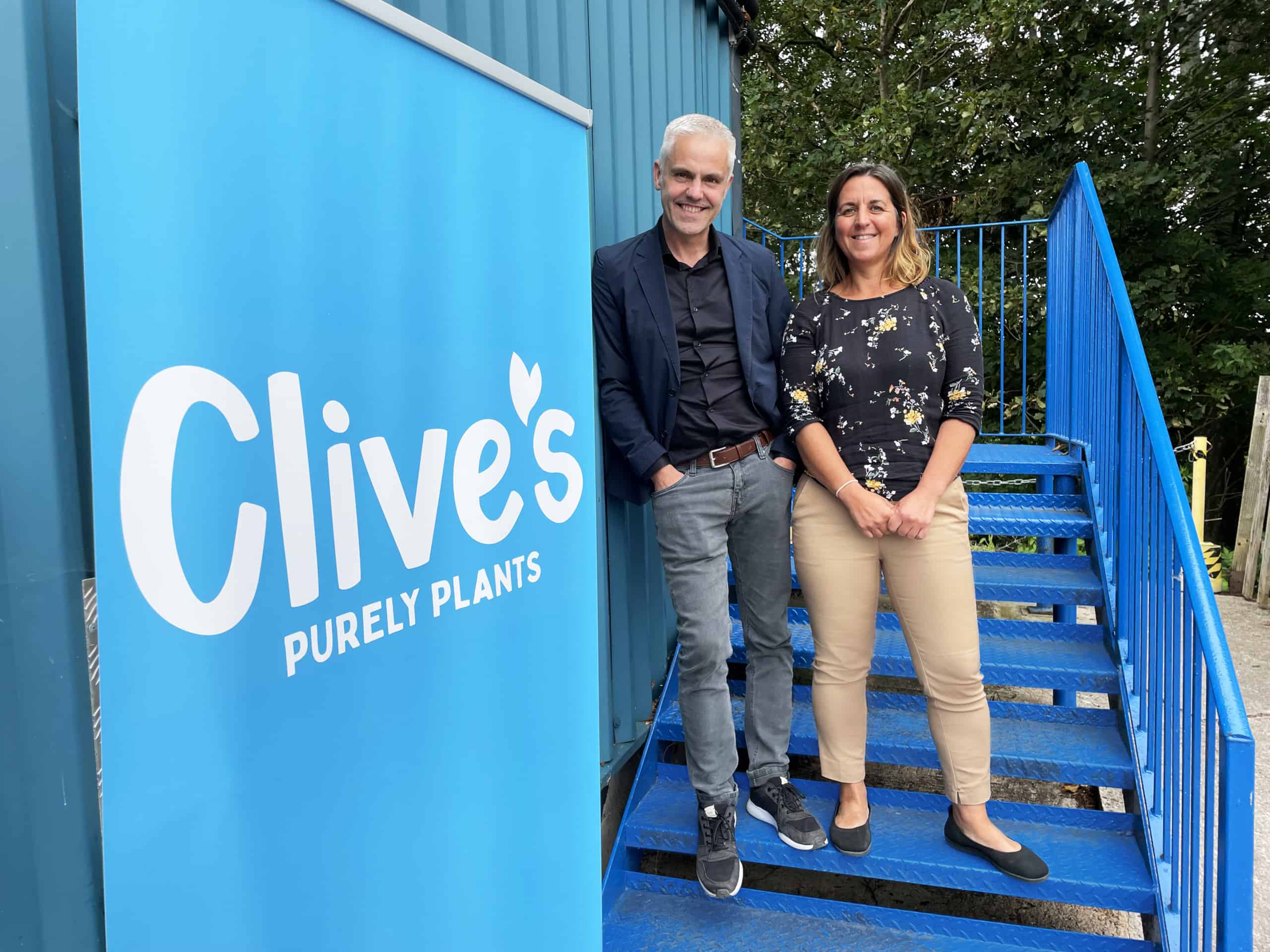 Veg Capital, the UK vegan investment fund launched by Veganuary founder Matthew Glover, has completed a significant investment in Clive’s Purely Plants, the Devon-based producer of organic, plant-based pies. Veg Capital will now hold a majority share in Clive’s as it aims to ramp up production 400% and reach £10m in sales.

“This partnership has huge potential to further our mission of replacing animals in the food system, and we’re thrilled to be working together” – Matthew Glover

Known as an innovator of plant-based pies, as well as for its expanding range of vegan baked goods, Clive’s was founded in 1986 by Clive Lowe, who began selling the bakery’s signature ‘Creamy Mushroom Pie’ from the back of his bicycle. In 2020, the much-loved British pie-maker announced that its previously vegetarian range was to go entirely plant-based, and is currently stocked nationwide in Waitrose, Morrisons, and Ocado. It is also now exporting to the US, Australia, and Dubai.

After its recent investment in Brazilian chocolate company Super Vegan, Veg Capital – the non-profit vegan investment fund which donates all profits to animal charities – was attracted to Clive’s as a business that has been established for over three decades yet still remains agile with great potential in the growing vegan baked goods segment. Managing Director of Veg Capital Matthew Glover reports that the investment stems from the love that he and his wife Jane Land have for the products, which have been a mainstay for vegans throughout the UK for decades.

“This is such an exciting investment for us. Clive’s offers the best of both worlds – over 30 years of invaluable experience, with all the ambition, scope for growth and enthusiasm of a start-up. This partnership has huge potential to further our mission of replacing animals in the food system, and we’re thrilled to be working together,” explained Glover.

Clive’s recently upscaled its production with a relocation to a new purpose-built site in Dartmouth, bringing almost 50 new jobs to the area. Clive’s also recently launched the first vegan Quiche Lorraine on the market, as well as this week launching a range of vegan puff pastry pies featuring seitan. The fresh investment from Veg Capital will drive forward Clive’s new product development with new products already in the pipeline.

“We’re over the moon to have the backing of Veg Capital. It marks a new era for Clive’s, one where we can continue to expand, innovate, and help shape the future of plant-based eating. We’ll always stay true to who we are, focusing on food that tastes good, and does good,” commented Esther Pearson, Managing Director of Clive’s.