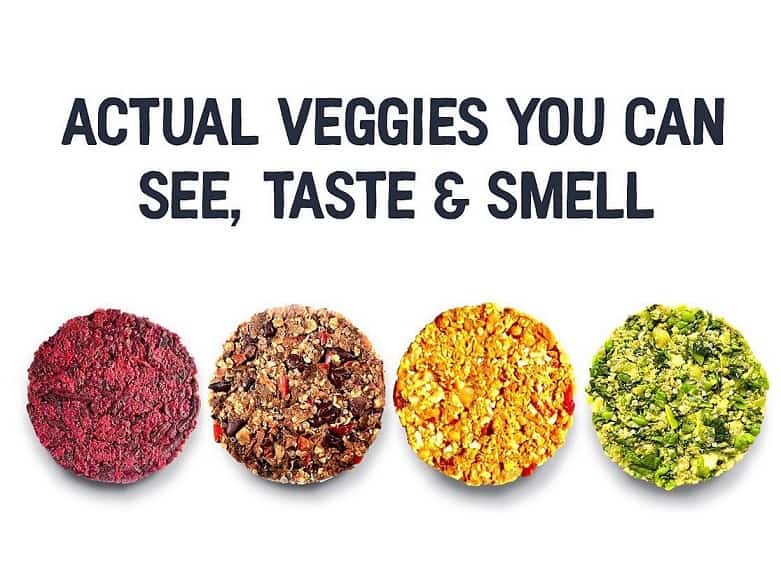 The New York City-based company, only launched in March of last year, has now secured a total of $2.8 million when combined with its previous funding round from Big Idea Ventures and angel contributions.

The firm said it will use the new capital to expand its product assortment, invest in new equipment to streamline production and boost brand awareness through increased marketing efforts. The company currently offers four different SKUs and is already working to expand offerings, including seasonal, limited-edition products, and more.

Unlike other plant-based burger brands that try to imitate meat, Actual Veggies creates its patties with whole ingredients for consumers who are looking for less processed products and “letting the natural flavors and nutritional value of real, actual vegetables and legumes speak for themselves.”

Its range of quarter-pound burgers, which are all vegan, gluten-free, soy-free, non-GMO, and Kosher, feature ingredients like beets, carrots, broccoli and black beans, with each one named accordingly with the colour of the vegetable used.

“Since we launched the company, it’s been an incredible whirlwind and despite the challenges of 2020, we made it a reality,” said Hailey Swartz, Co-Founder, and Co-CEO of Actual Veggies. “The growth we have seen over the past few months far exceeded our expectations as we expanded nationally with partners including Sprouts Farmers Market, HungryRoot, Imperfect Foods, Sunbasket, QVC, and FreshDirect. We are humbled by our new partners’ shared excitement and look forward to building off our success to further scale Actual Veggies.”