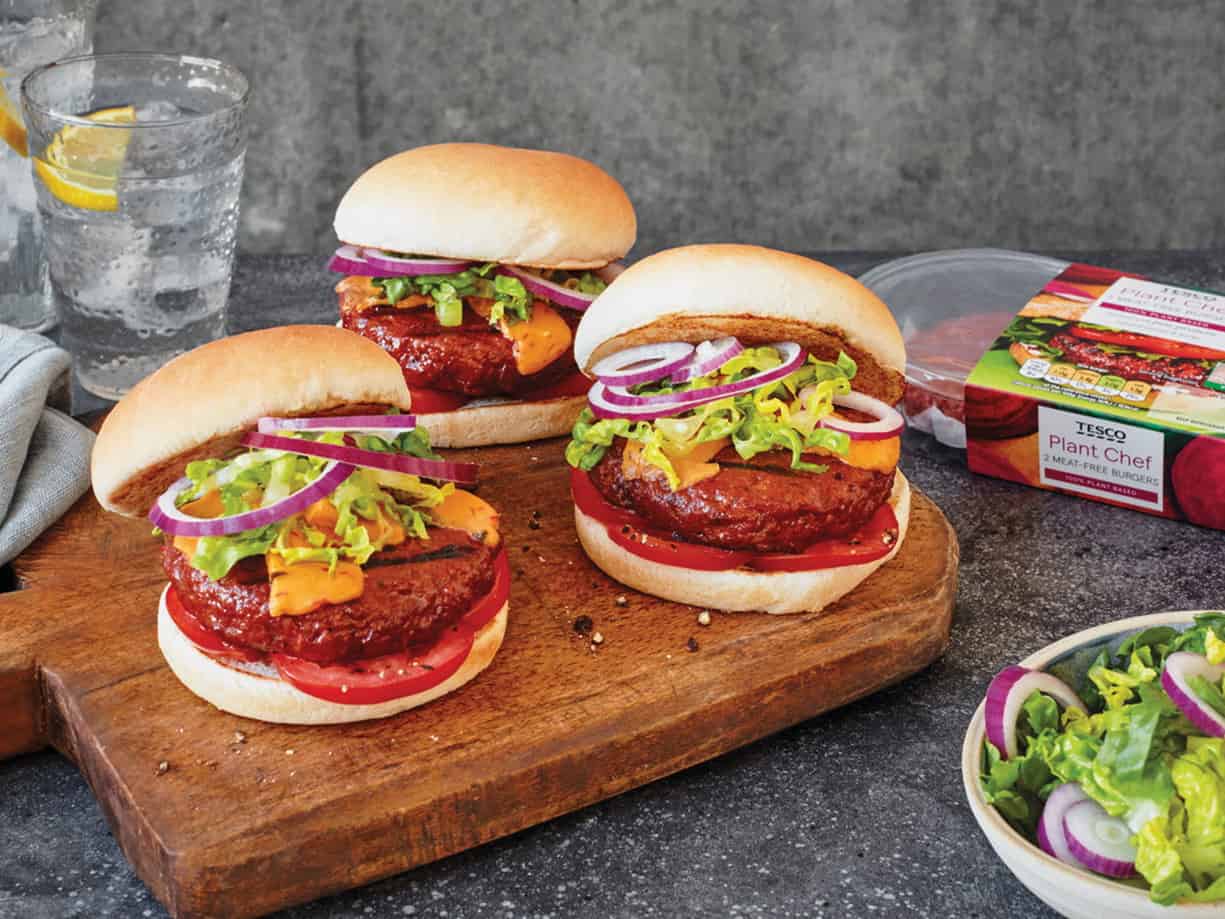 A report by the FAIRR investor network has found that retailers are increasingly developing more affordable alt protein products, meeting consumer demand while working towards their own climate goals.

Figures are based on FAIRR’s Sustainable Protein engagement, which is supported by 84 investors and engages with 23 companies. Several of these companies have recently launched affordable plant-based options —- for example, Tesco’s Plant Chef range is 11.6% cheaper than comparable own-brand meat products, while Walmart now offers plant-based products as part of its Great Value brand.

As inflation sharply pushes up the cost of meat and dairy products, the price gap with plant-based alternatives is narrowing. Three years ago, Oatly cost almost 2.5 times as much per litre as cows’ milk, but the difference is now just 12%.

While the cost of plant-based meats has risen by 3% this year, conventional meat has gone up by 6%. These developments indicate that price parity may not be far away, with some estimates saying it could be achieved as soon as next year.

In May, FAIRR warned that the animal agriculture industry was facing an “Apollo-13 moment” and would desperately need to adopt alt proteins in order to avoid disaster. The investor network said that climate change is already seriously impacting the profits of some meat and dairy producers, while investors are shifting their capital elsewhere.

A previous FAIRR report in December had warned that the industry was unprepared for the transition to a more sustainable future. An analysis published by the organisation a year ago also highlighted the disruptive potential of cultivated meat, which received over $500 million in investments in 2021.

“Innovation in alternatives to meat is disrupting the commodities market and bringing new, more sustainable choices to consumers,” said Jeremy Coller, Chair and Founder of the FAIRR Initiative. “Combined with inflation that is driving the price of traditional meat and dairy up at a quicker rate than alternatives, we are starting to see a world where plant-based meat and dairy are just as affordable as conventional animal-based products. Over the six years of FAIRR leading this investor engagement, we have seen the conversation with leading food brands change from whether to consider alternative protein products, to how to scale up quicker to keep pace with consumer demand.”