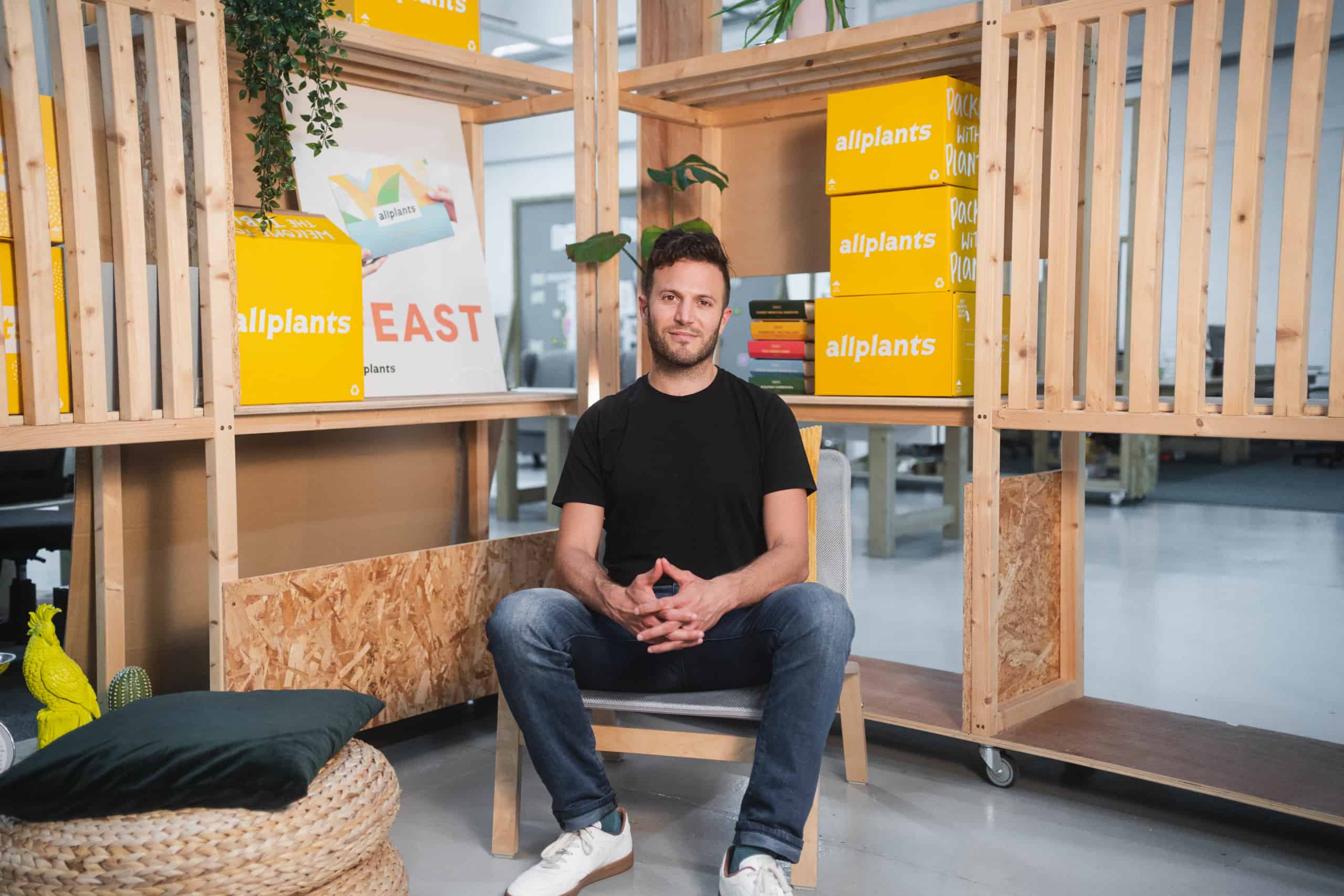 After three consecutive years of triple-digit revenue growth, UK ‘chef-to-customer’ service allplants has finalized a record-breaking £38 million Series B funding round. The raise marks the biggest ever Series B round for a European plant-based food business.

“In the five years that we have been cooking, we’ve seen the demand for plant-based food explode”

Following allplants’ record-breaking crowdfunding as well as Series A round, the fresh £38 million round included new investors such as purpose-driven CPG fund The Craftory, and former England international footballers Chris Smalling and Kieran Gibbs. Allplants puts its continued growth down to its serving of the rapidly growing ‘plant-curious’, or flexitarian market, a sector it has specifically targeted with its ‘We’re allplants. You don’t have to be’ marketing campaign.

The brand claims that over two-thirds of allplants customers are not vegan or vegetarian. Likewise, in a recent interview with vegconomist founder and CEO Jonathan Petrides revealed; “76% of these investors are not vegan, and 73% of investors believe there is a lack of healthy and nutritious plant-based meals available in the UK” – while talking about allplants’ £4.5 million crowdfund campaign.

Founded by Petrides and his brother Alex, the company’s revenues have more than doubled every year since launching in 2017. allplants will use the latest investment to increase its plant-based kitchen in Walthamstow, North London, to six times its current size, and build scalable capacity for rapid distribution into other channels. The company will also look to bring new talent into its team and broaden its range of product categories.

“In the five years that we have been cooking, we’ve seen the demand for plant-based food explode. We’ve got a tonne of exciting plans to bring the movement to even more people’s kitchens, and this investment will allow us to do just that,” explained Jonathan Petrides.

“Food choices are deeply personal, so quality and taste will always come first for us – it’s the driver of everything we do, and what makes it so easy for our customers to include more plants in their diets without the compromise. We can now imagine, create and serve up many more delicious recipes and products, to ultimately accelerate the transformative impact that plant-based living will have on the future of our planet.”