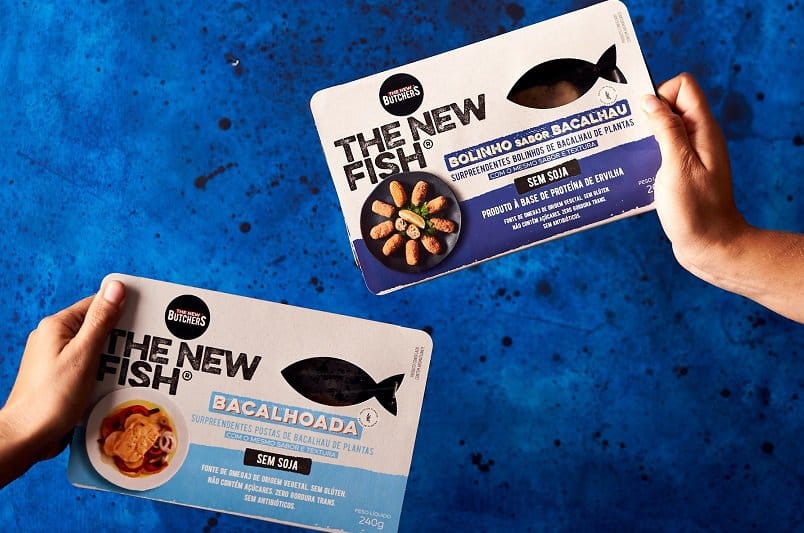 The New Butchers is among the fastest growing brands in Latin America; in its first 18 months of operation the brand has grown to more than 700 outlets, including Brazil‘s two largest retail chains, Pao de Acucar and CarreFour. This week the brand announces it will be funded by Lever VC, one of the largest investors in the alternative protein space.

The New Butchers, launched in 2019 by triathlete and vegan entrepreneur Bruno Fonseca, will also receive financial backing from Paulo Veras, founder and CEO of 99, Brazil’s first tech unicorn. The funds will be used to complete the expansion of a 1,000 square meter production facility in response to demand for the company’s products from Brazilian retailers.

Its new product line consists of The New Chicken 2.0™, a pea protein-based product that is reportedly the first plant-based chicken fillet in the Brazilian market; The New Burger™, a classic beef-style burger made with pea protein that in consumer taste tests has consistently outranked all competitors in Brazil; The New Fish™, the first salmon derived from peas along with natural paprika extract, and rich in omega 3; as well as newcomers cod fillet and cod dumplings, based on a pea protein and jackfruit mix that is said to mimic the fibers of fish meat.

“Since 2017 we have been researching and developing our products with the goal of offering something more delicious and cleaner than everything else in the Brazilian market today,” said Bruno Fonseca, CEO and founder of The New. “For example, we do not use hydrogenated palm fat, choosing instead to use natural coconut fat, which when combined with pea protein has an incredible flavor.”