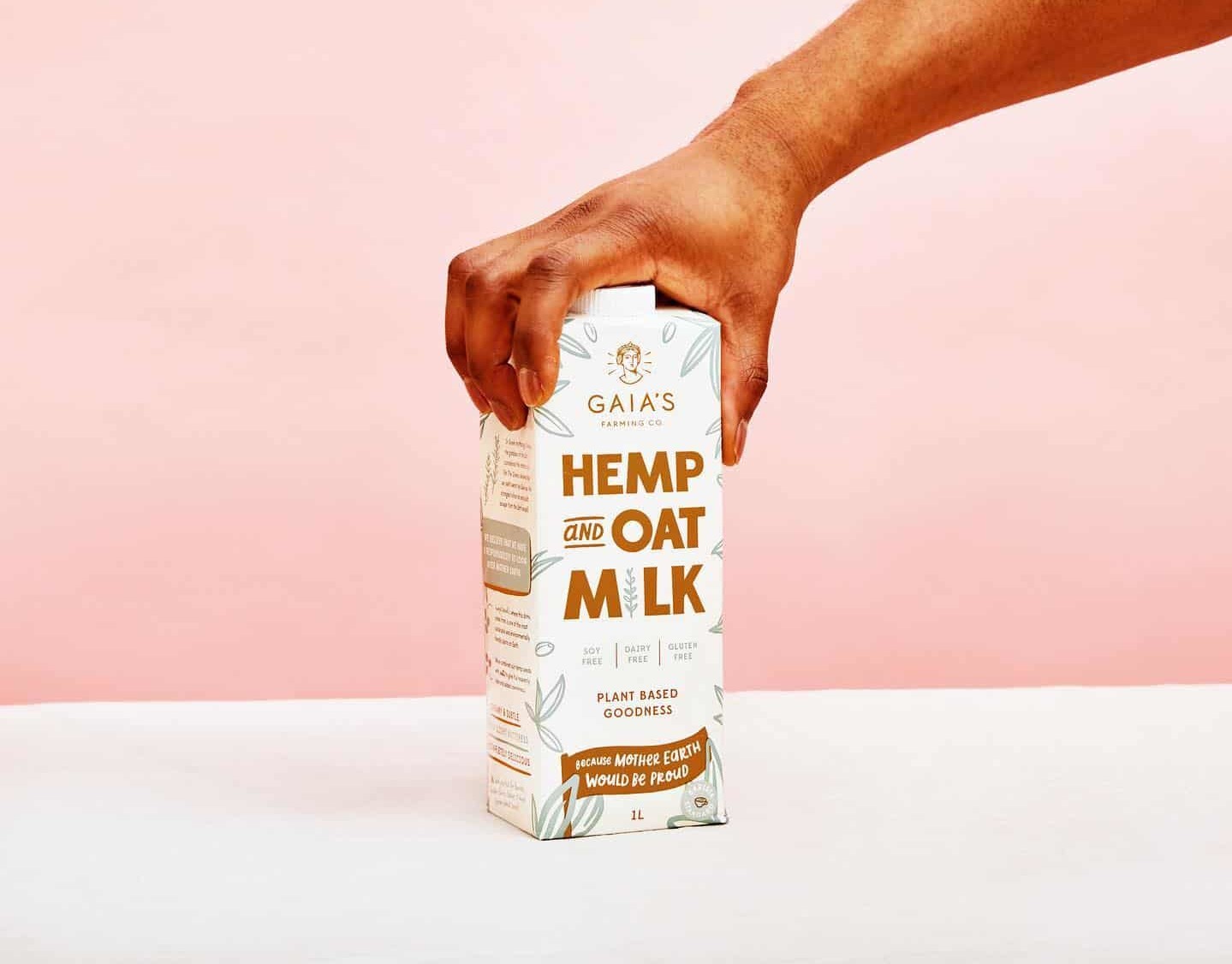 The investors in the round were not disclosed. Gaia says it will use the funding to “keep building and keep innovating in the hemp space”, with a particular emphasis on expanding its team.

The company has also recently partnered with Pledge 1%, a global movement encouraging companies to donate a proportion of their staff time, product, and/or profit to a charity of their choice. Gaia will be pledging 1% of both its sales and its time.

Hemp is considered highly sustainable as it captures four times more carbon dioxide than trees, while its strong roots help to replenish nutrients in the soil and remove toxins. Every part of the plant can be used, meaning there is no waste. Gaia’s Farming Co told vegconomist that it is on a mission to change people’s views towards hemp — the plant is often viewed negatively because it is part of the same family as cannabis, despite the fact that it does not have psychoactive effects.

“I believe the Food & Beverage category has the greatest opportunity to disrupt the hemp space,” said Gaia’s CEO Michael Kyriakou. “Truly untapped with great potential for innovation. There obviously comes great barriers that anyone in the hemp space can testify to, but what gives me the greatest pride is building a team to spearhead that innovation and change. After all, it’s in our hands.”